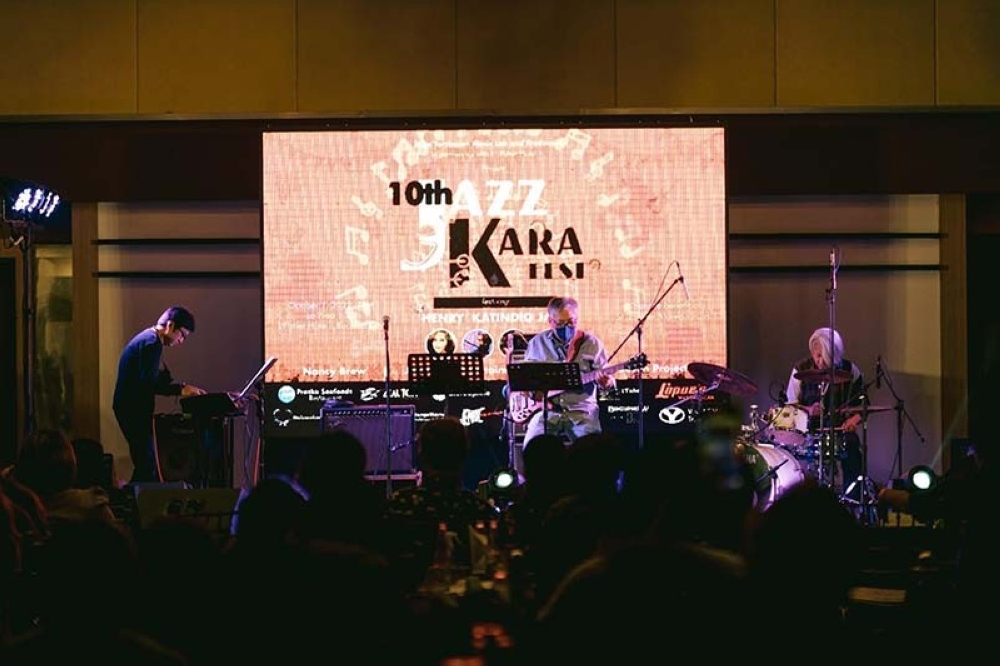 Michael Tambasen shows his versatility by playing the piano during the 10th JazzKara festival. (photo added)

Jay Cyrus on saxophone during the JazzKara festival. (photo added)

LEGENDARY jazz virtuoso and keyboardist Henry Katindig along with other performers including Negrense talents Michael Tambasen, Nancy Brew and Jay Cyrus captured the passion of jazz music fans in Bacolod City as they staged the 10th JazzKara festival held at L’ Fisher Hotel in Bacolod Ville on October 7th.

Tambasen, a multi-talented Bacolodnon, staged this concert as an annual event of the MassKara festival.

With his Michael Tambasen Music Lab and Productions, the young blood of jazz music showed his versatility and mastery of jazz music also using his solo EDM saxophone and piano.

Throughout his career, he performed at various events here and abroad but remained humble despite his expertise in playing various musical instruments such as his favorite saxophone, piano, drums, flute and guitar, among others.

Each performer performed their respective jazz tones and rhythms which blended perfectly, which melted the hearts of the jazz music audience and stimulated their enthusiasm and taste for jazz music.

Most of the performers have their original compositions which have also been picked up on some music platforms such as Spotify for Michael Tambasen, and keyboardist Henry Katindig who has been a known figurehead in the jazz circuit for the past few decades.

Katindig’s music and countless recordings have been performed at various jazz festivals around the country.

Tambasen thanked those who showed their admiration for jazz music, which will serve as motivation for them to perform more and entertain jazz lovers in the city and province.

Among the tracks he performed were popular jazz music like the famous Kenny G, whose music sounded soothing to the ears but very difficult to perform.

They were pushed to perform more with the warm receptions they received from the public and those who supported their show.

They also raffled off an antique gold Weissenberg soprano saxophone worth 150,000 pesos, where one lucky winner happily took home such a valuable prize.