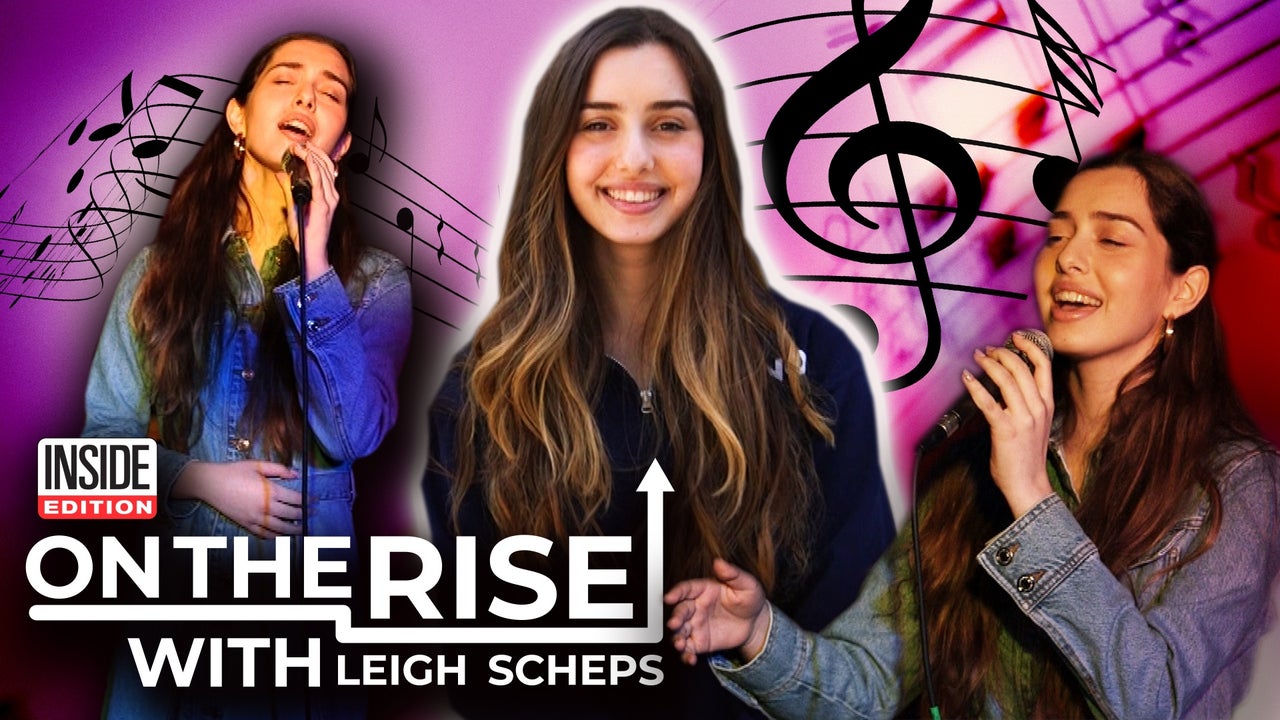 There might not be another teenager who in 2021 is as obsessed with Frank Sinatra as AnaÃ¯s Reno. The 17-year-old singer presents several of her albums on CD and vinyl on a shelf in her apartment room in New York City.

â€œIt’s a bit disturbing,â€ she joked, holding up other jazz records from Sarah Vaughan, Nat King Cole, Ella Fitzgerald and Duke Ellington. “But hey, it’s me.”

AnaÃ¯s loves collecting old records and listening to her idols, especially on vinyl, as fans have been doing for decades. â€œIt’s really nice to feel that atmosphere of being in a jazz club come into your room,â€ she said. She released an Ella Fitzgerald album, a gift she received for her 15th birthday, and played a bit on her record player. â€œIt comforts me at times when COVID can get a little depressing. “

Finding her voice as a teenage jazz singer

She discovered her love for jazz after realizing how much it consumed her life, she said. But AnaÃ¯s love for music should not surprise those who know the teenager, daughter of an opera singer father, Camille Reno and a violinist mother. Music, in a way, is in his DNA.

AnaÃ¯s was only 1 year old when she and her parents moved from Switzerland to New York. One day, when AnaÃ¯s was about 5 years old, her parents heard her singing “A Whole New World” throughout the house. It was something a lot of other kids probably did, but it caught her mother’s ear.

â€œI noticed this very unusual sound coming out of his mouth,â€ Kurtzman said. She enrolled AnaÃ¯s in singing lessons. “I think the voice actually [came] from his father.

A few years later, at the age of 8, AnaÃ¯s added jazz to her repertoire on the recommendation of her signing teacher. It was then that she embarked on the journey to become a jazz singer.

Building a career as a jazz musician

At 13, AnaÃ¯s made her singing debut at Birdland, a legendary Jazz club in Times Square. In a typical year, around 1,500 artists grace his stage. As soon as the club owner for 35 years, Gianni Valenti, heard AnaÃ¯s sing, he knew he had to meet her. â€œI hear a lot of singers,â€ Valenti said. “The only thing I always remember was the balance she had on stage and the delivery.”

AnaÃ¯s continued to perform in several major New York theaters, including Carnegie Hall, Feinstein’s 54 Below, the New York Philharmonic at David Geffen Hall, and Rose Hall at Lincoln Center. She performed on stage with Billy Stritch and the Emmet Cohen Trio.

But over the past year, those opportunities to entertain others have diminished. She has mostly been relegated to performing in her bedroom since performance venues were closed amid the coronavirus pandemic.

â€œI won’t lie. I was very depressed about it, â€she said as she stood in front of a green curtain taking up most of the space in her bedroom. It was there that she filmed her roles as “The Scarecrow” for her high school production “The Wizard of Oz”. AnaÃ¯s is a drama student at the prestigious LaGuardia High School in Manhattan. She admits that she’s not used to performing without the adrenaline rush of an audience but has adapted by exercising new skills. She spends hours on Zoom with her friend, drawing lines and rehearsing.

â€œShe lost a bit of herself during that time,â€ Kurtzman said. â€œIt was a real challenge. It is not easy to stay in your room and have to take courses and lessons.

â€œTo be transparent, it had an impact on my mental health,â€ said AnaÃ¯s. â€œI try to get over that and not dig because I am used to doing it. But there are times when it feels like it pays off. “

Recording of his first album

Last summer, she recorded her debut album, “Lovesomething: AnaÃ¯s Reno Sings Ellington & Strayhorn”, which she plans to add to her growing list of top jazz artists.

â€œI think their music captures the complexity of the human experience,â€ she said, explaining why she chose to honor them. â€œThere is something a little dark about them in terms of the harmonies and the way that these harmonize with the melodies. And it resonates very strongly with me because of the melancholy that resides in each of their songs. “

It might sound like an odd choice for a high school student, some might think he would be more comfortable singing pop songs, but the young singer has the maturity and scope to do it. Like others, Valenti initially thought such song selections for a teenager were “pretty heavy stuff,” but was impressed with how she did it. â€œShe’s going to be here for a long time. And she’s going to turn a lot of heads.

Her mother chokes when asked how she feels hearing her daughter sing jazz. ” I have tears in my eyes. I really do. I feel her soul comes out through the lyrics and the music. I feel the passion she feels for music.

It hasn’t really struck AnaÃ¯s that she has her own album, but she hopes to celebrate it with a concert at Birdland once it reopens. “This is where it seems most natural to me to exist,” she said. “We came in here today to do this interview and I immediately felt more comfortable than I have felt in weeks, to be honest.”

Noting that she used to isolate herself from her peers, AnaÃ¯s said she had improved in trying to connect with others her age. But during this time when she said she felt the least understood, Birdland was her rock. â€œI don’t know what else would have happened in my life if this place hadn’t been one of them,â€ she said.

Future performance might not have been possible without the hundreds of thousands of people gathered at the start of this year. In January, a benefit concert raised more than $ 411,000 to help save Birdland from closure. “So, as a community, we can enjoy the greatest musicians in the world, do what they do best, in one of the most iconic clubs in the world, right here in our beloved city,” said writes producer Tom D’Angora on GoFundMe.

In Birdland, AnaÃ¯s walks with energy in the building to share her story, which is displayed along the walls. “This way: the love of my life, Frank Sinatra,” she cried. In another room, AnaÃ¯s points to famous predecessors who inspire her: Billie Holiday, Count Basie, Miles Davis, Sammy Davis Jr., to name a few of the stars whose photos adorn the walls and whose names she cites. .

“I do not aspire to be exactly like them because it is useless, notes AnaÃ¯s. “They were truly unique, but I long to remember the big mark they left on the world.”

Relating to other adolescents

Gambling is not something she does to get people’s attention.

â€œIt helps me feel the most understanding of myself,â€ she explained. â€œAnd it’s interesting because on the one hand, I’ve often been put in a position where I have to be professional and very mature and very mature. But at the same time, it’s one of the only things that makes me feel like I can be a teenager, which I haven’t had a chance to indulge in much in my life.

Although few teenagers are known for their passion for jazz, AnaÃ¯s said it was not a point of conflict either. â€œIt doesn’t create such a riftâ€ between his friends. “At the end of the day, we’re all just people listening to music.”

AnaÃ¯s approach to social media also differs from her peers, in that she is not really in it. “It affects my mental health,” she said firmly.

AnaÃ¯s has an Instagram account, but it’s only to promote her album. She doesn’t post about the high school experiences she lost this year. Or the things she left in her locker: a few coats, shoes, and books. And AnaÃ¯s definitely doesn’t remember her locker combination.

In the future, when she looks back on the past year, she hopes she remembers that she did her best. ” I did what I could ; and that there were at least a few lessons I could have learned from it.

Outside LaGuardia, AnaÃ¯s recognizes the security guard standing outside. And she longs to enter. She is still insensitive to anything she missed.

â€œI’m sure it will hit me when I go to college,â€ she said. AnaÃ¯s will participate in SUNY Purchase in the fall. There, she will study jazz. â€œI want to grow as much as possible as an artist and as a person,â€ she said.