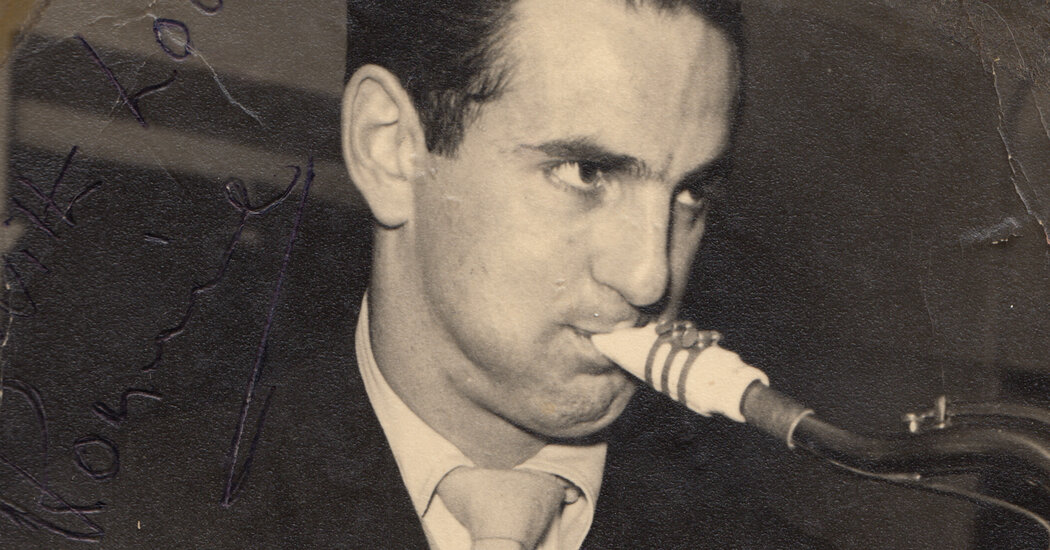 A hallowed London jazz club comes to life on screen

Ronnie Scott’s Jazz Club was an enduring beacon of musical genius in London. Any self-respecting jazzman had to make the pilgrimage to the place at its peak in the 1960s. Musicians too: Miles Davis and Ella Fitzgerald played it, as well as Buddy Rich and Dizzy Gillespie.

Scott, one of its benevolent owners, was as sacred as the establishment itself, but remained a somewhat mysterious figure throughout its life. A charming tenor saxophonist with a warm demeanor and excellent comedic timing, he also had a gambling addiction and endured bouts of depression. Even those close to him didn’t feel like they connected with him.

“He was a very difficult person to get to know,” Paul Pace, the club’s current music bookings co-ordinator, said in an interview. “He was a very quiet and private man.”

Scott died in 1996 at the age of 69. The venue he opened with fellow saxophonist, Pete King, is still a hallowed hall among jazz clubs in the UK, and “Ronnie’s” a new documentary airing more widely in the US this week, offers a multi-dimensional view of Scott and the nightclub through the perspective of journalists, friends and musicians who knew him – and a host of live performance footage. The film celebrates how the place with narrow hallways and a small stage housed all manner of big performances, including Jimi Hendrix’s last concert before his death in 1970. And it reveals the secret to the venue’s success was in large part Scott, himself, who attracted customers as if he were an old friend who knew the best players of his time.

Tenor saxophonist Sonny Rollins first went to Ronnie Scott in the 1960s under a deal that allowed American musicians to play in UK venues and vice versa. This partnership was brokered by King, who served as the club’s manager and saw the need to book established jazz artists to attract larger crowds. His work paved the way for other notable artists, like tenor saxophonist Ben Webster and multi-instrumentalist Roland Kirk, to play there.

“A lot of people hadn’t seen me in Europe,” Rollins said in a phone interview. “It was my first time in London so I had a great time watching the scene. Every club has its own behavior and playing there was a wonderful experience. It was the place to go – the club of Ronnie Scott.

Scott, whose jazz career began as a teenager, helped open the club in 1959 after a trip to New York, where he heard Charlie Parker and Davis play Three Deuces along East 52nd Street. He was so seduced by the jazz emanating from the New York scene that he wanted to reproduce the atmosphere at home. “To walk into this little place and hear this band with this American sound that we’ve never really heard in person before – unbelievable,” Scott says in the film.

With the help of a £1,000 loan from Scott’s father-in-law, he and King opened the club as a basement venue on Gerrard Street in Soho, an area with cafes and venues open after working hours that catered to the British counterculture. Before that, the space had been used as a tea bar and toilets for taxi drivers. Scott and King saw it as a place where British jazz musicians could work material in a safe space – all strains of jazz were welcome – and be paid fairly, which was no small feat at that time. The club, which moved to a larger space on Firth Street in 1968, is known as the birthplace of British jazz.

Still, the narrative wasn’t all sunny: Ronnie Scott had good times and bad times financially, and was on the verge of shutting down at times until a last-minute lifeline kept the lights on. Then there was the matter of Scott’s game. “When things were really desperate,” King says in the film, “I used to come to work and there were guys in suits with notebooks there in the afternoon, noting down how much the piano was worth. , and how much the tables and chairs were worth. We were very close to having to forget everything.

The film’s director, Oliver Murray, heard many similar stories about Scott while making his documentary. “Several people told me that if he had been able to play the club on some occasions, he would have lost the club and then been completely devastated,” he said in an interview. “But that’s the complexity of the guy, just a real jazz man in that sense. He lives up to the stereotype of the musician with demons.

Murray was brought into the project by one of its producers, Eric Woollard-White, who frequented the club. One of Murray’s aims was to humanise Scott for a younger audience less familiar with the club’s heyday. “I wanted to do something that felt like a passing of the torch from one generation to the next,” Murray said. History seemed particularly ripe for this moment, when places are under threat due to ongoing pandemic challenges.

Ronnie Scott remains vital and “cultivates so much talent,” he explained. “It’s not necessarily just the people playing, but it gives the people of London a platform to see the best, and that in itself raises the caliber of what’s happening in the city.”

Five movies to watch this winter

The second half of the documentary explains why Scott has remained so unknowable, focusing on the club owner’s mental health issues. In his dark times, King’s family cared for Scott. “You could never leave him alone,” King’s wife Stella says in the film. “Because you never knew if you were going to come back and he was dead.”

To shield his problems from the public, Scott would leave his club at 4 a.m. with no patrons present. Playing jazz would attenuate depressive episodes. But after a dentist replaced all of his teeth with porcelain dentures, hampering his ability to play sax and completely changing his sound, Scott collapsed.

King continued to run the club after Scott’s death and sold it to producer and restaurateur Sally Greene and entrepreneur Michael Watt in 2005. (King died in 2009.) Today, Ronnie Scott’s is still a mainstay of local and international jazz, with Scott’s original purpose intact: it’s a local place to experience something you’ve never heard before.

“I think that’s also why ‘Ronnie’s’ connects with people, not just in London, but all over Europe and now the world,” Murray said. Places like Ronnie Scott’s “were built by very motivated people”, he added. “There has certainly been blood, sweat and tears at these iconic locations that we may have taken for granted. And it took a pandemic to remind us to take care of them.