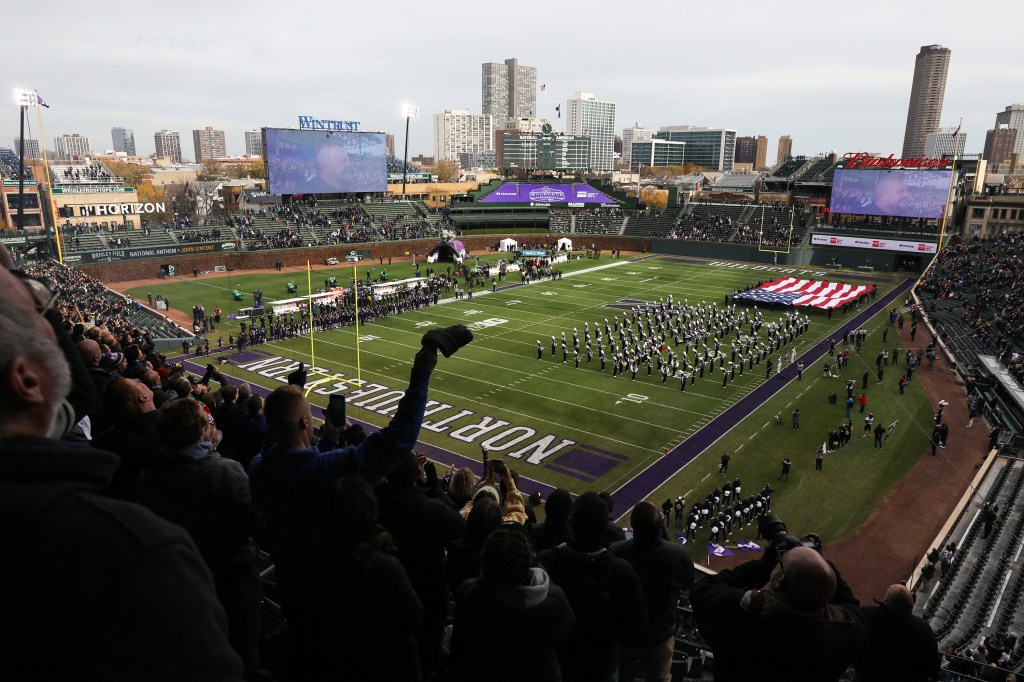 A new era of greed begins in college football

The new college football season is upon us, and it comes at a time of considerable upheaval.

Long-standing allegiances are being wiped out, with schools like the University of Texas and UCLA announcing their departure from their historic conferences for richer pastures. Meanwhile, the student-athletes, gaining more power and knowledge, navigate the waters of endorsement deals to finally get compensation for their work.

To one degree or another, all college sports have been in a state of flux over the past decade. With college football being the most important sport, it has become the biggest showcase for NCAA warts.

With coaches making millions and programs making billions, college football was a major battleground in the fight to get college athletes paid for their work. As discontent mounted over the years, athletes were suspended for “indiscretions” as minor as selling autographs, while Northwestern cracked down hard on football players who attempted to unionize.

After the Supreme Court ruled against the NCAA’s refusal to pay its athletes, the organization last year implemented a new rule allowing players to take advantage of their name, image and likeness. – opening up the possibility of sponsorship deals, promotions on social networks and the sale of autographs, among others.

But that didn’t entirely solve the problem. Schools, wary of greater player accountability, are looking for other ways to protect their profits in big sports like soccer and basketball. For them, joining the biggest and richest conferences is the best way to do it.

These conference realignment movements, where schools eschew history and ignore geography that has historically formed the basis of sports conferences, reek of the corporate consolidation we’ve seen for decades in other industries.

For example, the University of Southern California and UCLA are leaving their regional Pac-12 conference for the richer Big Ten, a conference dominated mostly by teams from the Midwest. And the universities of Texas and Oklahoma are ditching the Big 12 for the SEC, abandoning their long-standing historic rivalries for the cash cow that is the SEC.

Some fans fear this will backfire on the schools with rivalries and storylines tied to contestants who are now outside their conference. As a traditionalist myself, it seems wrong to me for these schools to leave their historic conferences, where the passions of their supporters are most on display in games against close rivals.

Moves like these devalue the experience and joy a student or alumni gets from watching their team play. Games mean less to fans who have invested less in games, so it becomes less vital to tune in and watch. And over time, it begins to erode the fan base.

Does that mean college football is in immediate trouble? Not financially, of course. But what this means is that in their quest for ever-increasing profits, colleges and conferences may condemn themselves to a reduced level of support. And as we’ve seen in corporate consolidations of all kinds, these maneuvers often lead to an inferior product.

If that happens, some would argue that allowing student-athletes to get endorsements has somehow taken away from the uniqueness and excitement of “amateurism” that the game has long touted. In fact, we already see these arguments.

But make no mistake — if college football falters, it won’t be because players can get endorsements. It will be because greed and excess — where head coaches are the highest-paid public employees in their states and universities rake in millions without paying their players a salary — have stripped the game of legacy and the story that draws in fans and draws viewers in, week in and week out.

College football and these power conferences need to check each other out before they destroy each other.

Brian Wakamo is an inequality researcher at the Institute for Policy Studies. This column was provided by InsideSources.

Join the Dirty Jazz Club at the Dock