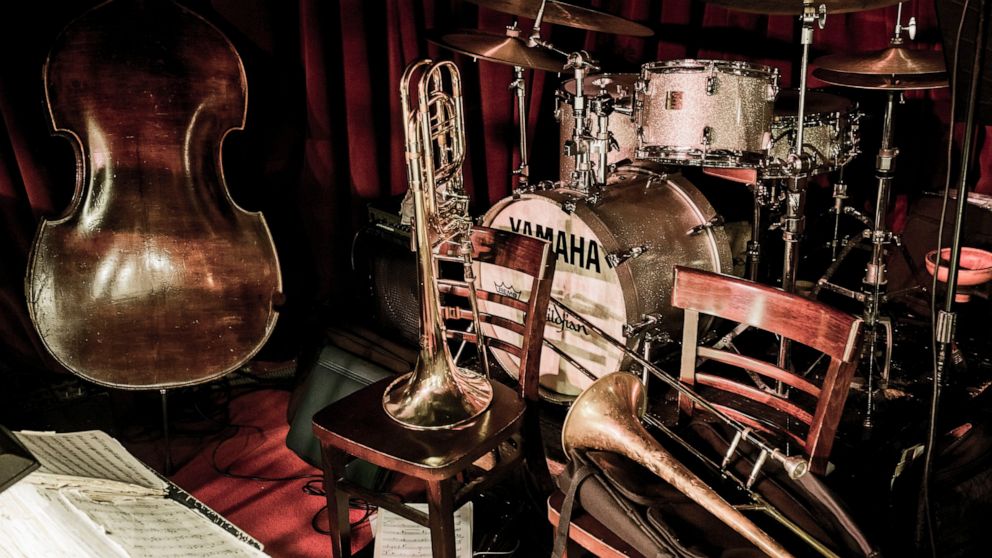 Affordable music for the family in New York? Try a jazz club

NEW YORK — New York has long been a city known for jazz. What’s less well known is how kid- and family-friendly jazz shows can be.

Many performers have day jobs as educators, and although many venues are nightclubs, there are jazz performances where even toddlers are welcome.

“When I was a kid, the Vanguard was an extension of my home. It wasn’t just smoky, it was loud. Now ? the Village Vanguard, opened by his father in 1935. “It was a tough place when I was a kid, and 13-year-olds were definitely not allowed in if you wanted to listen.”

Many things have changed. Today, the Vanguard is smoke-free and cleaner, and the minimum age to attend a show is 13. But Gordon says not all kids are ready at that age for jazz (she says she wasn’t). Visitors should keep a few things in mind before making a reservation:

“Do your homework first to find out who’s playing and see if that’s what you want to hear,” she says. Also, no food is served and the place is still a night club.

When it comes to types of jazz, Todd Stoll, vice president of education at Jazz at Lincoln Center, recommends singers and big band music as a good entry point for kids. He urges families to explore Jazz at Lincoln Center’s YouTube channel, with videos explaining improvisation and various jazz artists and genres.

Jazz at Lincoln Center offers shows for children as young as 8 months old.

“We call them Family Jazz Parties, and we have six to eight of them a year. These are family jazz concerts for a child and a carer, with very digestible jazz for children in this age group (8 months to 5 years old) while being parent-friendly, in a carpeted room where kids can roam,” Stoll says. Additionally, visitors to New York can purchase tickets for a single WeBop Jazz Appreciation Class. for a young person and a carer.

Jazz at Lincoln Center also offers two family concerts a year, created by Wynton Marsalis and inspired by a format initiated by Leonard Bernstein in the 1950s. The concerts combine music and pedagogy around a concept, genre or theme. an important character.

“Older than that, and most kids are really up for visiting Dizzy’s or the Vanguard or whatever place they’re interested in,” Stoll said. “Just do some research before you go. This isn’t a musical or a pop concert, this is art. It’s not flattering.”

Jazz, says Marsalis, “requires us to develop our hearing. It’s our job to empower children and teach them to listen and hear. We should encourage them to learn harmony, to get on the piano, to learn three or four basic chords, a blues – it’s a great tool to encourage audition.”

Stoll says immersing yourself in jazz is also a great way to better appreciate New York.

“The first jazz recording ever made was in New York in 1917, just about every great jazz great has come to New York to make a name for themselves here, and the vibe and feeling of New York is still a jazz vibe. New York sweats jazz,” he said. said.

And unlike many Broadway musicals, jazz performances tend to be reasonably priced and easily accessible without much advance planning.

“It’s great value for money. We try to keep admission at $35 with a one-drink minimum,” says Gordon of the Vanguard.

Not only can a family of four sit in front of a jazz concert for about the price of a single Broadway ticket, but jazz club tickets can often be purchased on the day of a show. Reservations for shows are made online, and clubs generally have seating on a first-come, first-served basis. Jazz at Lincoln Center offers student discounts at their music venues and at Dizzy’s Club Coca-Cola, as do other locations.

“With the kids, you definitely want them closer to the drums, where they can see everything that’s going on. It really blows their minds,” says Gordon. Arrive well before show time if you want the best seats.

There’s an energy in improvisation and live music, and between a band and an audience in intimate settings, Gordon says.

Regarding the Vanguard, a cozy basement venue known for its narrow red staircase and red carpet-covered stage backed by red velvet curtains, Gordon jokes, “We’re not dedicatedly renovated. It takes a lot of work to keep him as bad as we are. TO DO. It kinda sounds like he did in the 30s.”

Stoll says children can learn a lot from jazz: “On an intellectual level, improvisation is the freedom and importance of the individual voice. Swing is how that voice relates to a group. Blues takes on the adversity with optimism. These are three things we want kids to learn from jazz. It also teaches us culturally about America, with lessons about race, gender and socio-economic disparities, if parents want to a lesson on this.

Where to listen to great jazz music in New Orleans