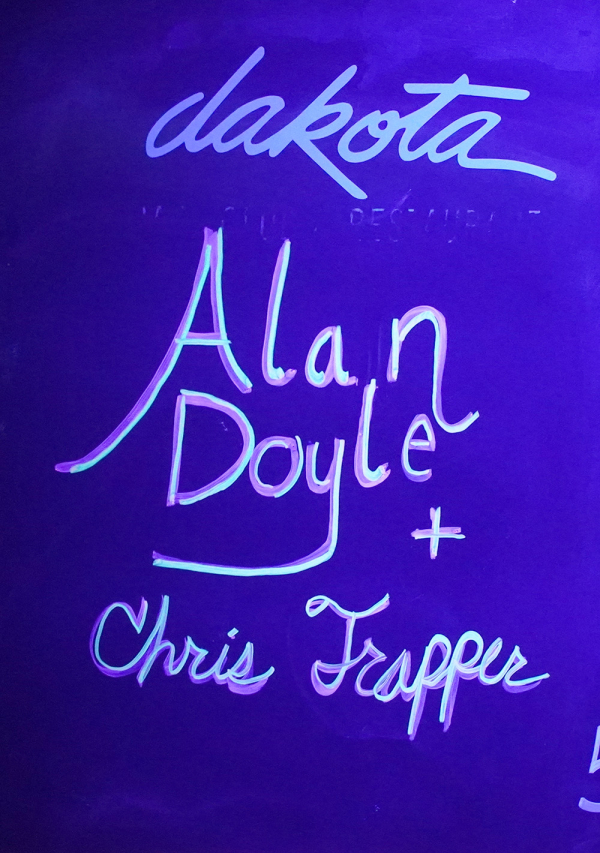 canadian musician Alan Doyle is so grateful to finally return to the Dakota Jazz Club on Saturday night. He is in residence and will return today (Sunday May 1) to the Dakota, to finally finish his American tour. Why is Doyle so happy? This is because the series lasted two or three years. The original show, booked in 2019, has been delayed, rescheduled, revamped, and more. Every time he had to move the date, he thought people were going to want their money back – but they never did! So that was just a long time coming.

The opening of the show was Chris Trapper, who previously co-wrote some of Doyle’s songs. Trapper had many stories to tell. For example, “Minnesota” was inspired by when he fell in love with a girl from Minnesota…and they broke up the next day…or how “Skin” was his most requested wedding song. It’s a song about “staying in love”, not just about falling in love.

He finished his set with The stars pushed‘, “Keg on My Coffin”, which he described as an Irish death drinking song. If you haven’t figured it out, Trapper is in The Push Stars.

Alan Doyle began his set with a solo, a cappella version of “Dream of Home”, in front of his group, The beautiful band, joined Doyle on stage. The Beautiful Band featured Cory Tetford (former member of To crush) on guitars, Kendel Carson (of The Paperboys) on violin, Kris MacFarlane (of Great Great Sea) on drums, Shehab Illyas (of Mir) on bass, and Todd Lumley (of Waltons) on the piano/accordion. As you can see each member of the band are accomplished musicians, but combined together they are just amazing.

Doyle’s songs were about half Great Great Seawhich is fair enough, as Doyle is their lead vocalist and songwriter.

Midway through the set, Doyle asked Chris Trapper to come back onstage to play a Trapper song. According to onstage banter, Trapper never knows what song Doyle wants to play. For this night, it was “A day without you”.

Once Doyle released the Irish bouzouki, it was just what felt like a long shuffle of Great Big Sea songs, but with REMThe cover of “It’s the end of the world as we know it (and I feel good)” was added for good measure.

If you like Great Big Sea (one of the longest touring bands in the world), if you like Irish pub songs, if you like traditional folk songs… you’ll love a typical Alan Doyle show.

Alan Doyle will perform at the Dakota Jazz Club again on May 1.

Randstad acquires a digital recruitment platform based in France