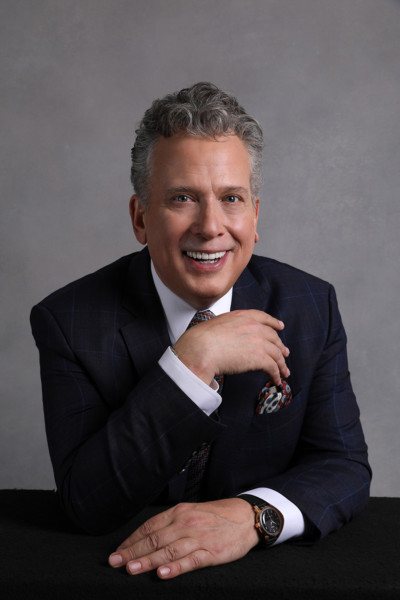 The Birdland Jazz Club will once again host Grammy-nominated pianist, singer and songwriter Billy Stritch for an exclusive five-show concert celebrating “Billy Stritch’s Big Birdland Birthday Bash!” from Thursday February 10 to Saturday February 12. This new show highlights Billy’s unique blend of songs from the jazz canon and the Great American Songbook, plus personal favorites from his award-winning “Billy’s Place” livestream series and special guests to join the fun. birthday. In addition to Stritch on piano and vocals, Birdland’s shows will feature Tom Hubbard on bass and Eric Halvorson on drums. For tickets, please visit BirdlandJazz.com.

Other upcoming national tour dates include The Kravis Center with Gabrielle Stravelli in West Palm Beach, FL (January 14-15) and Feinstein/54 below with Linda Eder (February 3-5). Other tour dates will be announced at BillyStritch.com.

His last album At Billy’s – hailed as “causal, cool and charming” by Weekly Jazz – is the first piano and vocal album of her career, offering a deeper level of intimacy and connection than her previous releases. “The song selection grew out of my weekly live show ‘Billy’s Place’ which I started during the pandemic,” comments Billy. “I was able to learn and showcase music from a diverse group of composers, and the songs on the album are some of my favorites from those shows. I was able to include many special songwriters, including Richard Rodgers & Lorenz Hart (“Falling in Love with Love”) and Hoagy Carmichael (“Skylark”), as well as more contemporary songwriters like Peter Allen (“Planes”) and my friend Barry Manilow (“Meet Me, Midnight”).

The final single from the album – a lush symphonic version of the song from the album “Ordinary Miracles,” the standard by Marvin Hamlisch and Alan & Marilyn Bergman also performed by Barbra Streisand and Nancy LaMott – features a 46-piece orchestra.

Billy Stritch is one of the finest singer-pianists on the New York and national jazz and cabaret scenes. He began his career in Houston, Texas, where he formed the vocal trio Montgomery, Plant and Stritch. The trio performed worldwide from 1983 until their disbandment in 1990. A chance encounter with Liza Minnelli in 1991 led her to be asked to create vocal arrangements for Liza’s record-breaking extravaganza. Exit at Radio City. In addition to his 25 year collaboration with as Liza’s accompanist and opening act, Billy recently toured with the legendary Tony Bennett as Tony’s pianist and musical director.

A solo artist in his own right, he has performed his own shows (including tributes to Mel Tormé and Cy Coleman) in concert halls and nightclubs across the country. Billy is also musical director for top singers such as Marilyn Maye, Linda Lavin, Linda Eder, Christine Ebersole and Paulo Szot. He is the co-writer of the Grammy-winning song “Does He Love You”, recorded by Reba McEntire and Linda Davis. The single reached number one on the Billboard Country music chart, winning a Grammy Award and selling over five million copies along the way. A new version was released in 2021 by Reba and the legendary Dolly Parton.

Billy has arranged music for many top artists and created the arrangements for Minnelli on Minnelli and Liza is at the Palace, both at the famed Palace Theater on Broadway. He was also seen on stage playing the role of “Oscar” in the Tony Award-winning Broadway revival of 42n/a Street in 2001. During Covid-19, he created his own weekly Facebook live show “Billy’s Place”, celebrating the Great American Songbook with songs and stories from his varied career.

How Health Cos. can minimize the risk of consolidation – Anti-trust law/competition law