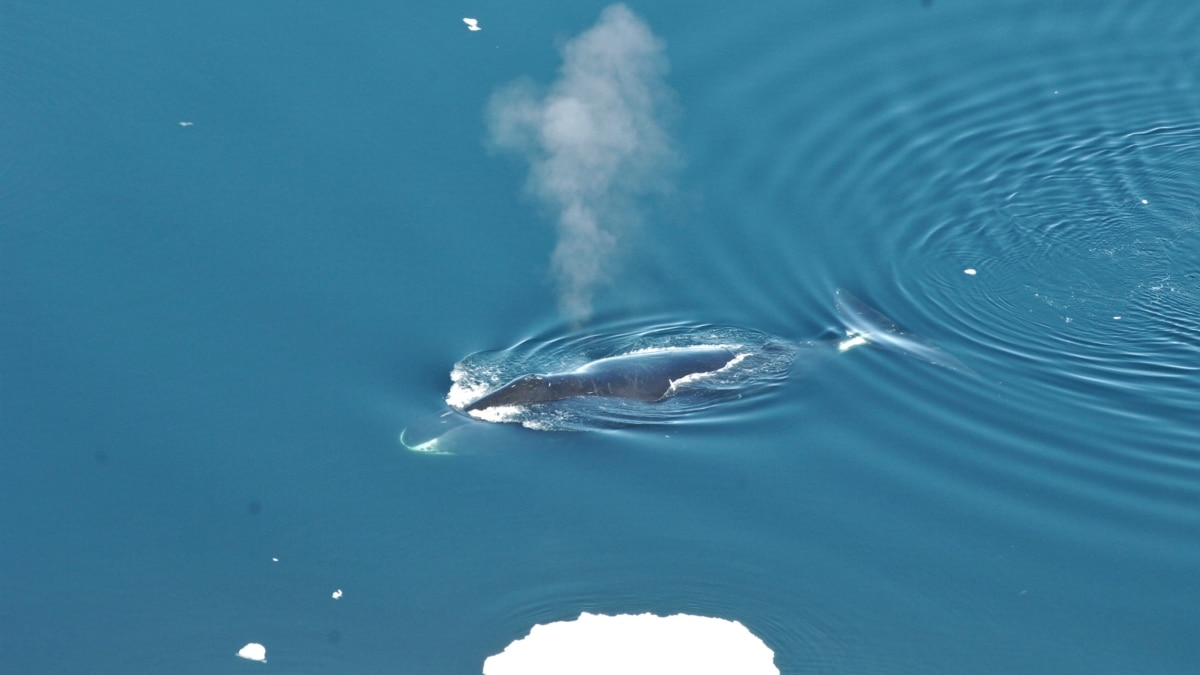 Bowhead whales are the “jazz singers of the Arctic”

Bowhead whales have many unusual qualities. They can live 200 years. They have the largest mouths of all living animals, but only eat very small ocean creatures through a filtered-power process. They have the thickest fat, or greasy covering, of all whales.

Another interesting quality? Their underwater style of communication makes scientists compare them to “Jazz“artists.

Researchers this week published the results of an intensive study of the vocalizations, or whale song, of about 300 bowhead whales. The population they studied lived in the waters east of Greenland.

The researchers made the recordings from 2010 to 2014. They used a submarine microphone to bring together the largest collection of bowhead whale sounds ever.

The recordings show many types of vocal sounds which change often. The researchers identified 184 different songs among the population.

Of the world’s whales, only bowhead and humpback whales produce a large variety of songs. Other filter feed baleen whales, such as blue whales, fin whales, and minke whales, produce much simpler songs. And their songs stay almost the same every year.

Kate Stafford is an oceanographer at the University of Washington. She described the humpback songs as very orderly, like classical music. But bowhead whale songs are freer, she says. They don’t seem to follow a clear set of rules. Stafford and other scientists have compared the songs of bowhead whales to jazz music.

â€œBowhead whales are the jazz singers of the Arctic. You don’t know what they’re going to do, â€she told The Associated Press.

Scientists believe that only male bowhead whales sing, and they sing to find a mate. And the males “improvise” their songs for to attract females. Improvisation in jazz means performing part of a song without preparation.

Kit Kovacs is a scientist at the Norwegian Polar Institute and the Norwegian University Center in Svalbard. She said the whales sing to show “they’re ready to mate.”

“The song is usually only performed by men to communicate both with other men -” I am taller, stronger, and so on … – and with women – “I am tall, strong and highly motivatedKovacs told Reuters news agency.

Kovacs described the sounds of bowhead whales as “very varied”. A bit of sound “haunted, “she said. Others sound” wild. “

The research was published Wednesday in Biology letters. This confirmed that the songs of the bowhead whales had changed completely over the years and between them, Stafford said.

Stafford admits that the jazzy sounds of whales aren’t for everyone.

“I find the songs quite beautiful, but some people compare them to nails on a chalkboard“Stafford told the AP.

One of Stafford’s favorite Bowhead songs has repeated â€œwoo-woo-wooâ€ sounds. Sometimes, says the scientist, she listens to the songs on her cell phone just to enjoy them.

I am Phil Dierking.

Phil Dierking adapted this story for VOA Learning English based on reports from Reuters and The Associated Press. Ashley Thompson was the editor.

Do you have whales in your country? We want to hear from you. Write to us in the comments section or on our Facebook page.

Words in this story

filtered – v. pass (something, like a gas or liquid) through a filter to remove something unwanted

vocalizations – nm to express (something) by saying words

motivated – adj. have a lot of reasons to do something

nails on a chalkboard – idiom. referring to an extremely annoying, unpleasant and uncomfortable sound or noise.

variety – nm a number or collection of different things or people

The best jazz music this week