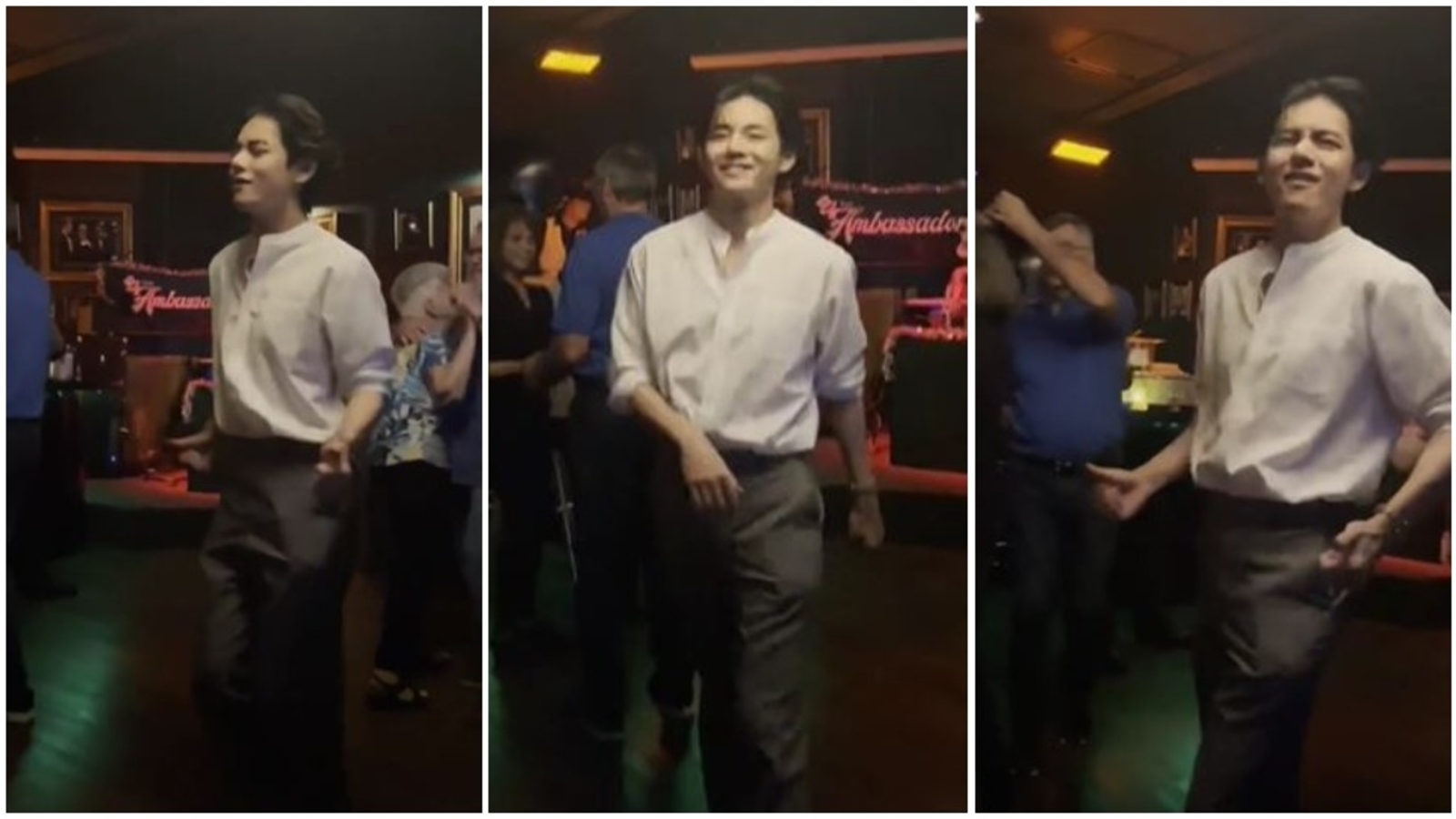 BTS’ V dances among elderly couples at Las Vegas jazz club, fan says, “It looks like a scene from a movie.” look

BTS member V recently visited a jazz club in Las Vegas and spent the evening dancing among elderly couples. Taking to Instagram, V shared a video on Saturday morning in which he was seen dancing to a live rendition of Frank Sinatra’s Fly Me To The Moon. Sharing the video, V captioned the post, “Shall we dance? (man dancing emoji).”

In the video, BTS’ V was seen wearing a white shirt, dark gray pants, and beige shoes. While dancing, the singer was also seen saying the lyrics and smiling. On the dance floor, V was in the center as several couples danced around him.

Reacting to V’s video, ARMY wrote on Twitter, “To be honest, Taehyung is dancing to live jazz in a club among older couples with rolled up sleeves being the main character, that’s exactly what I’m looking for. imagined her Friday night would be like.” Another fan said, “Taehyung is having the best time in Las Vegas.”

A fan inspired by V wrote: “I always dreamed of going to a jazz club, but I always felt embarrassed to go there since I was so young and it’s always full of older people. . This video of Tae gives me some confidence that maybe I should just go out there and not worry about what other people think of me.”

Another tweeted, “He’s so handsome!!” “His outfit really suits the jazz vibe! I mean Taehyung is the man who will dance with/without a partner because he wants to enjoy and accomplish every moment beautifully smoothly. His smile and love for every rare collection are something we really love to admire or rare to find,” said one fan.

“Helppp why does this look like a scene from a movie,” one fan asked. Another person wrote, “It gives vibes of romantic interest, you’re just chilling in a fancy bar and suddenly you’re distracted by the handsome young man dancing to himself. I live for this. “

“Kim Taehyung vibes for Fly Me to the Moon dressed like this??? Oh I’m going wild,” one person said. “You all know Taehyung’s classic vintage edit is an old love you will tell your kids about? This new video of him dancing to jazz while smiling so sweetly has the same energy,” a fan wrote.

Suga shared the same black and white photo and wrote, “I want to upload in black and white.” Sharing the same photo, Bruno wrote, “Thank you @bts.bighitofficial for coming to the concert last night in Las Vegas. Hope you had a great time! Sincerely @silksonic.”

BTS member J-Hope, who recently recovered from Covid-19, shared several photos on Instagram as he flew to Las Vegas. He captioned the post, “Go to LV (airplane emoji).” Jungkook, the youngest member of BTS, is currently in quarantine in Las Vegas after recently being diagnosed with Covid-19.

BTS members RM, Jin, Suga, J-Hope, Jimin, V, and Jungkook are scheduled to perform at the 64th Annual Grammy Awards. They are also nominated in the Best Pop Duo/Group Performance category for their English single Butter. Following their Grammys stint, the band are also set to perform at four shows at Allegiant Stadium in Las Vegas as part of their extended Permission to Dance On Stage tour.