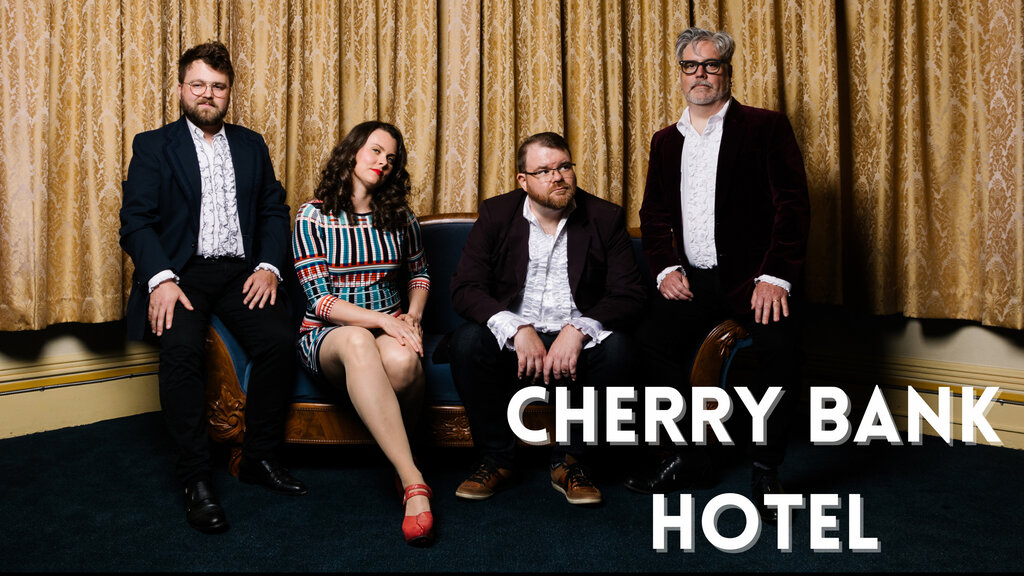 By Carol L. Mancha Last updated Aug 25, 2021
0
Share
The Cherry Bank Hotel combined their musical talents and stunning hairstyles made them one of the most sought after groups in the rarefied world of food and live music. They have decided to reunite in the summer of the dreaded 2020 to form a supergroup to restore peace and joy to the galaxy.

The Cherry Bank Hotel wants nothing more than you want to hear them and have a good time doing it. They’ve brought their own twist to a mix of dusty pop songs from The Police, Bob Marley, Bob Dylan, Buddy Holly, The Everly Brothers and more. They also like to play jazz music. Dare I say more ?! Oh yes! You will also enjoy writing original songs.

Matt Pease has been playing drums in Victoria for over 30 years, which is a really long time if you think about it, so try not to. Some say maybe a little too long. He’s one of the most hired percussionists in the greater Vic West area, not necessarily for his skills on the kit, but for his various misdemeanors and crimes. Matt grew up in an eclectic musical family which explains a lot if you’ve met him before. He performs in a wide variety of styles ranging from very loud to soft and has studied with great drummers like Claude Ranger in the ancient art of tapatapa and boom chicka boom chicka. Not only can he play drums, but also cymbals and also things that you do with your feet. It’s fun to watch live and I recommend you check it out. Buy him a sandwich, he’s probably hungry.

Gord Light’s name has been whispered in the dark corners of Victoria’s music scene for the past seven years. Is he a bassist? Guitarist? Singer? Songwriter? We may never know …

Nick Mintenko is a multi-instrumentalist and songwriter from Victoria, British Columbia. He really does his best and believes in the Internet. You can find him a lot there, but it’s nice to see him in person.

Danielle is a lot of things, and one of those things is a musician, trying her hand at a variety of instruments, but mostly an acoustic guitarist and a singer. She crossed oceans and mountains with her musicality. More recently, when the world was more up and running, she performed in the Canadian Rockies solo for the Fairmont hotels in Jasper and Banff. Like Matt, she comes from a musical family and upbringing and would likely enjoy a sandwich; like Nick, she really does her best; and like Gord, her elusive nature can leave you wondering where the hell she is at any given time, much like your keys or sunglasses in the spring. I suggest you spend an evening listening to her music to get to know her better.

You can donate directly to musicians and to this venue at ArtsOnView.ca/Donate