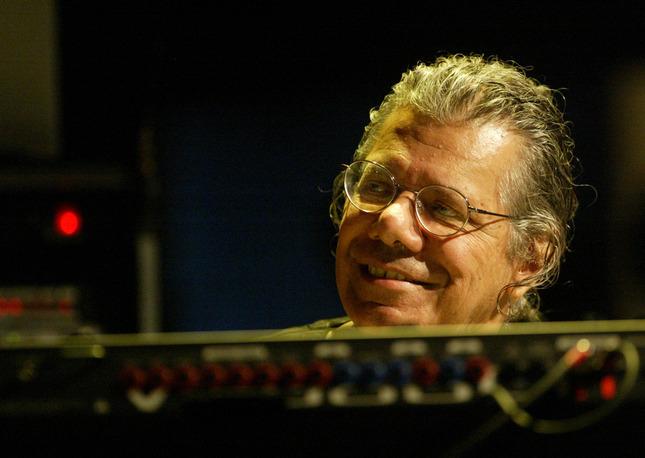 Chick Corea, the great jazzman dies of a “rare form of cancer”

Chick Corea, considered one of the greatest jazz pianists of all time and a musician who helped expand the sound and possibilities of the genre, died on February 9 “from a rare form of cancer,” according to a message posted Thursday on his Facebook page.

“It is with great sadness that we announce that on February 9, Chick Corea passed away at the age of 79, from a rare form of cancer which was only discovered very recently”, we can read in the message. He added a poignant message to fans attributed to the artist himself:

â€œI want to thank everyone who, throughout my journey, has helped keep the fires of music alight. I hope that those who have the idea to act, to write, to play or otherwise, do so. If it’s not for you, then for the rest of us. It’s not only that the world needs more artists, it’s also a lot of fun.

â€œAnd to my amazing musician friends who have been like family to me since I have known you: it has been a blessing and an honor to learn from you and to perform with all of you. My mission has always been to bring the joy of creating wherever I could, and to have done it with all the artists that I admire so much, that has been the richness of my life.

Corea, an accomplished musician, conductor, songwriter and musical collaborator, had a long career that began in the early 1960s. He will probably be best remembered for his groundbreaking jazz-rock fusion work by the end. 1960s and early 1970s, first as a member of Miles Davis’ bands that produced recordings such as “In a Silent Way” and “Bitches Brew”, then as frontman of the acclaimed band Return to Forever, which over the course of several albums has explored the intersection of jazz, rock, Indian, Latin and world music.

He has released over 60 albums as a leader during his career, marked by a willingness to explore new sounds and ideas as well as a consistently high artistic level. Anyone who has ever seen Corea in concert has seen how happy he is to play music.

“Throughout her life and career, Chick has relished the freedom and pleasure of creating something new and playing the artists’ games,” one read on Facebook.

Born June 12, 1941 in Chelsea, Massachusetts, Corea became interested in jazz at an early age, especially bebop, and is said to have played piano concerts while in high school.

He then moved to New York City, where he quickly began to make a name for himself and land gigs with Stan Getz, Herbie Mann, Mongo Santamaria, Willie Bobo and Blue Mitchell. With this kind of exposure and her abundant talent, Corea was quickly asked to record her own albums, starting with Atlantic Records’ debut album “Tones for Joan’s Bones” released in 1968.

However, it was in his turn with the legendary Miles Davis that Corea’s career was truly launched into the stratosphere.

Davis, of course, was legendary for his ability to spot towering talents like John Coltrane, Joe Zawinul, Herbie Hancock, Wayne Shorter, Ron Carter, and Mike Stern. And what he saw in a young Corea helped Davis fulfill his dream of an electric jazz-rock fusion sound.

After parting ways with Davis, Corea reached equally important heights with Return to Forever, a group that was originally more oriented towards Latin jazz but eventually evolved into one of the jazz fusion groups. – most acclaimed rock of all time. Both versions featured phenomenally talented bassist Stanley Clarke, whose musical bond with Corea has spanned decades.

Corea is also said to have many other important musical partnerships, including one with vibraphonist Gary Burton which resulted in the famous 1972 “Crystal Silence” and the Grammy-winning sequel “The New Crystal Silence” in 2009.

He has gone on to release major albums over the years, including â€œFive Peace Band Liveâ€ in 2009, â€œForeverâ€ in 2011 and â€œTrilogyâ€ in 2013 – all of which won Grammy Awards. In total, Corea has won over 20 Grammys during his career.

In the early 1970s, Corea joined Scientology and later credited the controversial religion and his practice of Dianetics with helping broaden his musical outlook.

He is survived by his wife of 49 years, Gayle Moran, a jazz keyboardist and songwriter who has performed with Corea as well as the Mahavishnu Orchestra, and a son Thaddeus.