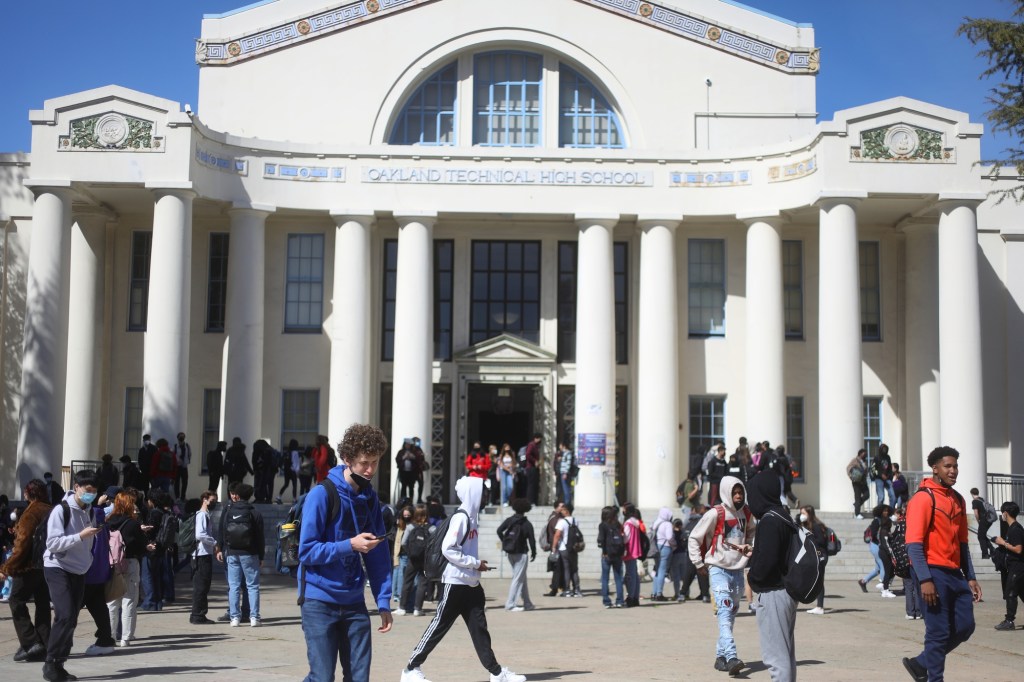 Choices in Oakland School Board races are clear

Oakland voters have a choice this election season:

Are they choosing school trustees who stoke community dissent by opposing necessary campus closures and ignoring fiscal realities to advance the agenda of their union supporters?

Or do they want elected leaders to focus on solving the school district’s financial problems and improving the quality of education?

Those who want the latter should vote in the upcoming Nov. 8 elections for David Kakishiba in District 2, Nick Resnick in District 4 and Kyra Mungia in District 6.

The majority of the school board made tough choices after an analyst with the state’s Fiscal Crisis and Management Assistance Team reported in January that the district was facing a structural crisis. budget deficit over $60 million annually.

The closures and consolidations of 11 schools have helped close this gap. They were essential and a requirement for the district to continue to receive financial assistance from the state.

And it was common sense: Average enrollment in Oakland schools was the lowest of California’s 50 largest districts. Keeping schools small creates unnecessary administrative and maintenance costs, siphoning off money that could be better used in classrooms.

Currently, the district is in dire need of improving classroom instruction. The latest reliable test data, from 2018-19, showed only 33% of students in the district were at grade level in English and 27% in mathematics.

While the district seems to have balanced its budget for now and can probably meet its expenses for the next two years, this balance is precarious. The district has a habit of promising more than it can afford in collective bargaining. Pandemic relief money will expire. The state’s temporary protection of school districts from loss of revenue due to declining enrollment will expire. And a likely recession could lead to cuts in public education funding.

In short, now is the time for district leaders to focus their resources on improving education rather than wasting funds running partially empty buildings and inefficiently running classes with too little. students. Now is not the time to demonize school closures or, as some candidates have done, to participate in the protest occupation of one of the closed campuses.

Kakishiba has dedicated his entire four-decade career to helping children. He previously served three terms, from 2002 to 2014, on the Oakland School Board and has worked as the executive director of the East Bay Asian Youth Center since 1980. Now he is vying to return to the school board and is clearly the most qualified candidate. of District 2. .

He does not support last spring’s school closures because he says they were done haphazardly under time pressure. But he says the district, with its decades of declining enrollment, needs to reorganize and have fewer schools.

Max Orozco is a handyman and parent with kids in the Oakland school system who is racing to stop school closings and claims the district has millions of dollars. He was a supporter of the protesters who occupied Parker Elementary School for 125 days after the district closed that school.

Jennifer Brouhard, the third candidate in this race, opposes school closures. She did not attend her virtual interview after saying she would.

This District 2 seat is currently held by Aimee Eng, who has elected not to be re-elected.

Resnick, a district parent, is a former math teacher from Oakland. He is now CEO of a company that develops alternative literacy and language programs to traditional textbooks.

Resnick acknowledges that the district’s finances are precarious and that closures were necessary to close the budget gap — and to better deliver education to a dwindling number of students. In contrast, Mike Hutchinson has been a vocal opponent of school closures and says they are financially wasteful.

Hutchinson is a current school board member who has represented District 5 since 2020. But his ward was moved to District 4 in the city’s recent redistricting. He has two years left on his term from District 5. If he wins in District 4, the board will select a replacement or an election will be called to serve the remainder of his term in District 5.

District 4’s third candidate, Pecolia Manigo, did not show up for her virtual interview. It was recorded in August on video leading a crowd of parents into a confrontation with security guards at Parker Elementary School. Oakland residents should expect better from their school board administrators.

The District 4 seat is currently held by Gary Yee, who served on the school board from 2002-2013 and since 2018 and served as the district’s acting superintendent from 2013-2014. He chose not to represent himself.

Mungia, who taught in the district from 2013 to 2016, is now deputy director of education in Mayor Libby Schaaf’s office. She currently holds the District 6 seat, having been appointed by the school board this year after Shanthi Gonzales suddenly resigned and criticized the Oakland teachers’ union for opposing school closings.

Mungia is currently running for a full four-year term. She understands the district’s financial challenges well and wants to work towards a long-term sustainable budget. She would like to avoid more school closures, but she is realistic about it. “I can’t commit to never closing a school again,” she said. “I’ve seen what it looks like when resources are spread across too many school sites.”

Construction safety engineer and district parent Joel Velasquez opposes school closures, led a 2012 occupation of Lakeview Elementary after the district closed that school, and has participated in demonstrations at Parker this year. The third candidate in the race, Valarie Bachelor, a organizer for the California Federation of Teachers, declined to be interviewed.