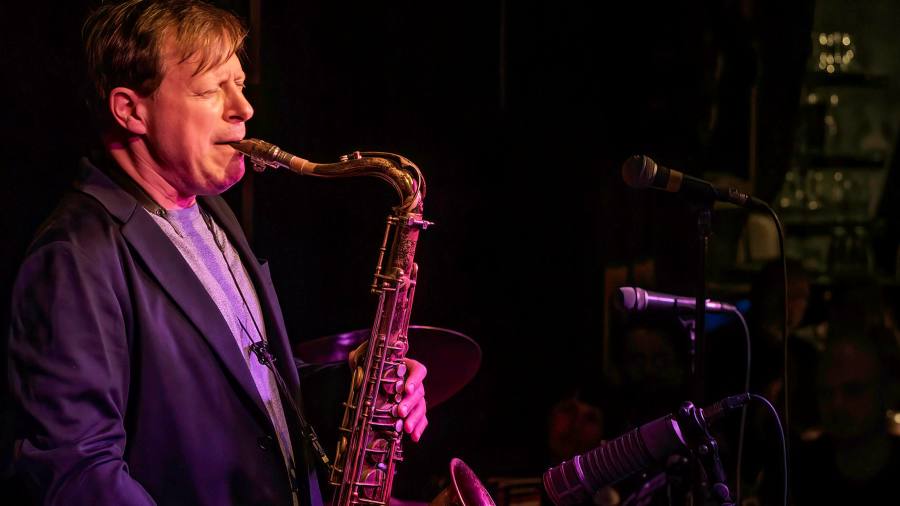 American multi-instrumentalist Chris Potter’s formidable endurance, intense emotional focus and imposing virtuosity have long made his name synonymous with cutting-edge saxophone. In this second house trio concert at PizzaExpress Jazz Club in London, the penultimate stop on a two-week European tour, assertive articulation, flowing lines and tonal control were all clearly on display.

Still, there was an exploratory vibe in the evening and a sense of collective risk more generally associated with improvised jazz. â€œWe’re going to dive right in and see you at the end,â€ Potter said. And that’s exactly what they did.

Potter structured his 90-minute uninterrupted set over four preset tracks, but there were times when the melodies seemed to be created on the fly. Drummer Nasheet Waits created a smooth beat with short, crunchy snare rolls, pings and cymbal splash. And with pianist Craig Taborn rarely switching from acoustic grand piano to synth, there was no bassline orthodoxy defining the harmonic root of music, which added a sense of uneasiness at first.

The ensemble opened with four sparse piano chords and Potter thoughtfully sounding over a doctored tenor flute. There was a rare synth whisper – Waits came in with rimshot clicks, Potter’s flute quickened, then a menacing pedal point from Taborn’s grand piano signaled a change of mood and a switch to the tenor saxophone.

At first, “Ziggurat” played out as a modal showcase of Potter’s technique. Well-articulated tracks ended on acidic sustains that quivered with Potter’s precise control of vibrato. And bursts of notes swirled above the saxophone’s normal range. But a two-chord piano drone made a bluesier path, and Potter’s phrasing became more earthy, as if he had decided to put the purely technical stuff aside.

This change of course resonated throughout the rest of this intense and captivating set, and that early discomfort was cast aside. The second track, “Between Nothingness and Infinity”, written by drummer Waits, was just as detailed. A spiritual opening channeled the classic Coltrane, but a secondary motif had an awkward rhythmic break and angular tail. Waits took his line-up to a peak with a thunderous solo that lifted the crowd. But the music continued uninterrupted.

Potter turned to soprano saxophone for a cover of Ed Blackwell’s “Togo”, recorded by the late drummer in 1987, and reproduced exact detail of the original folk theme. Here the room opened with the feel of a Balkan dance, but the elliptical, shape-shifting pulse of Waits and the sustained drones of Taborn, the rapid-fire block chords and tufts of discord created a dense sound tapestry.

The evening ended with “Force Field”, another Potter original. As before, simple lines came with complex supports, moods changed and the trio probed the limits of their collective technique. The piece ended with a slow burn that started intensely and gradually grew stronger.

The Django, the premier jazz club in downtown Manhattan, hosts the return of the weekly Mingus Big Band residency