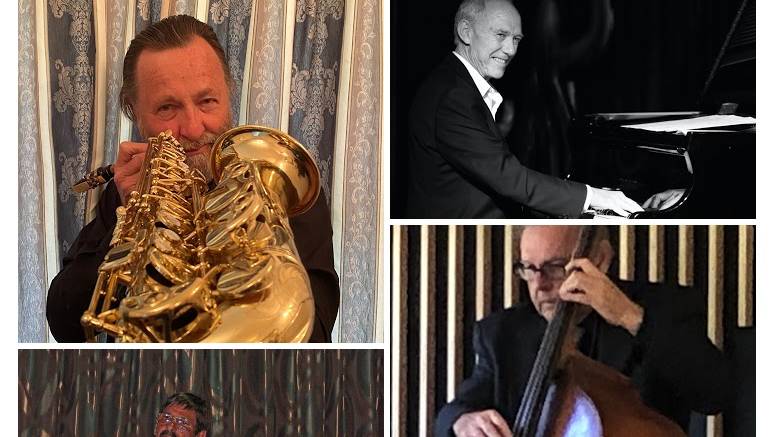 City meets country at the Down South Jazz Club | Magnet

The show will begin with an exquisite first trio installment featuring three of Australia’s finest musicians, Peter Locke (piano), Rob Brice (guitar) and Mike Walsh (bass), who will then be joined by two fabulous local musicians; Ken Vatcher (drums) and Paul Dion (reeds) for a selection of favorite swing jazz standards and a sprinkling of original compositions by Peter and Paul.

Peter Locke, Rob Brice and Mike Walsh are a rare occurrence in music, each performing internationally in a variety of musical contexts and both considered masters of their respective crafts.

When they play together, they create a unique connection that reaches audiences of all ages and genres, resulting in unexpected musical serendipities.

Peter Locke is a highly respected professional performer with many years of experience having performed with the Daly Wilson Big Band, Brad Charles Big Band and John Morrison’s Swing City, among others. He was also resident jazz pianist at the City Tattersall’s Club in Sydney for around seven years and accompanied many of Australia’s finest jazz singers. He has played for the Down South Jazz Club several times in the past with artists like Marie Wilson, Di Bird, Johnny Nicol, Bob Barnard, Benny’s Boys.

Rob Brice is a highly accomplished guitarist who has played with top jazz artists including the late Bernie McGann, Bob Gebhart, Delilah, Ike Isaacs (of Stephane Grappelli) and Tony Barnard’s guitar ensemble. In the commercial world, he has worked with Dionne Warwick and Australian Colleen Hewitt.

Mike Walsh (acoustic bass) has performed at many jazz venues in Sydney including the Basement and the Hilton Hotel, performing with many of Sydney’s top jazz musicians and has also performed at many Sydney and regional festivals in Australia and New Zealand, including Napier’s Art Deco Festival.

Multi-instrumentalist Paul Dion and drummer Ken Vatcher are well known in the area and no strangers to the Down South Jazz Club. Paul has appeared at DSJC on several occasions, the last being in December 2020 when he joined other local musicians at Club Sapphire’s Rockpool.

Ken’s last appearance for DSJC was in May of last year. He is the drummer of choice for many guest artists who rely on local musicians for a rhythm section. Ken is also the drummer for what appears to be at least half of the bands that regularly work in this area.

This rare opportunity to meet the city’s country artists will cost $15 for jazz club members and $25 for visitors. Bookings can be made by emailing [email protected] or using the form on the WhatsOn page on the DSJC website. You can also call Aileen Walsh on 02 6495 9853, or just show up in the evening and pay at the door. The Club Sapphire bistro opens at 5:30 p.m. for those who wish to have a meal first.