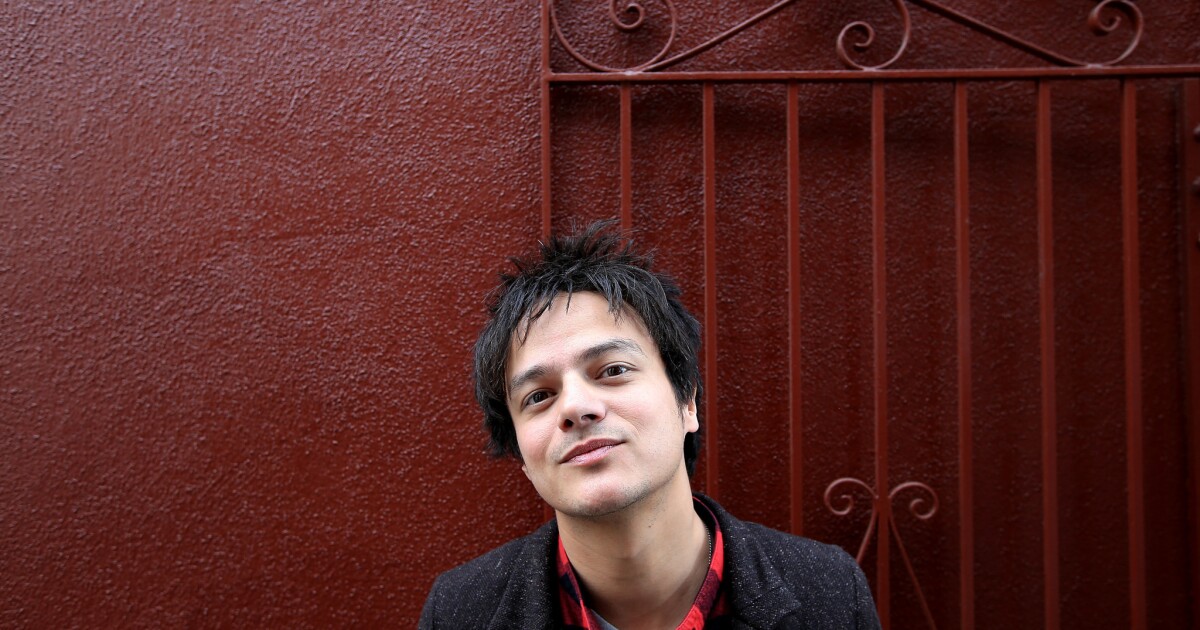 Jamie Cullum doesn’t want anyone to get the wrong idea about his new album, “Interlude”.

British singer and pianist who emerged in the early 2000s as an early jazz star with messy hair, Cullum spent the next decade getting closer and closer to pop. He wrote original songs and covered Rihanna’s â€œDon’t Stop the Musicâ€, and his previous record, â€œMomentumâ€ from 2013, was produced by Dan the Automator, known for his work with Gorillaz.

So it’s easy to see â€œInterludeâ€, a nice collection of mainly acoustic standards like â€œGood Morning Heartacheâ€ and â€œMake Someone Happyâ€, as a kind of entrenchment.

â€œI was actually worried about posting this one because I didn’t want to sound like I was fed up with my process or felt like it wasn’t working,â€ said recently Cullum, 35 years old. “But the was something I was thirsty for and didn’t get from “Momentum.” He’s the jazz musician in me that I will never escape.

Cullum is not the only one to feed off an old model. Next month JosÃ© James, another young singer with one foot in jazz and one outside, will release “Yesterday I Had the Blues”, a beautifully stripped-down set of tracks written by or closely associated with the late Billie Holiday.

Scheduled to commemorate the 100th anniversary of Holiday’s birth, “Yesterday I Had the Blues” follows James’ 2014 album, “While You Were Sleeping,” which touched oversized guitars and dance grooves.

Cullum and James join several other performers in the jazz-vocal tradition, including Gregory Porter, whose “Liquid Spirit” won a Grammy Award last year, and the famous CÃ©cile McLorin Salvant, who is scheduled to perform at the Walt Disney Concert on Friday night. Lobby.

Taken together, the work of these artists suggests something encouraging about the durability – and also the adaptability – of the classic songbook.

“That’s why you have Bob Dylan singing them now,” he added with a laugh, referring to the just-released “Shadows in the Night”, on which Dylan improbably tackles songs once sung. by Frank Sinatra.

Standards never really go out of style, of course; that is why they are called standards. And, as Was points out, their appeal draws singers from all musical backgrounds (and levels of ambition) – see Lady Gaga, who won a Grammy on Sunday for her low-aim duet album with Tony Bennett.

But Cullum and his ilk don’t just borrow the prestige of music. As much as they derive their livelihood from it, they find room to renovate.

â€œAs jazz musicians we kind of have to play around with this stuff,â€ said Salvant, 25. â€œMonk was playing standards, but he would take full control of it. A melody that sounded so sweet and cute would end up sounding harder and bolder in her hands. He would almost dissociate it from the original version.

Daughter of a French mother and a Haitian father, Salvant grew up in Miami studying classical singing; after high school, she moved to France, where she discovered jazz.

There is a theatrical quality to his vocals on â€œWomanChild,â€ his 2013 Grammy-nominated album, that sets him apart from the work of other singers. You can hear it inhabit the characters in the songs, think about their actions and motivations.

And the selections reveal an academic trend. With familiar tunes like “What a Little Moonlight Can Do” and “I Didn’t Know What Time It Was”, Salvant sings trinkets such as “You Bring Out the Savage in Me”, a song that raises eyebrows from start of ’30s about hearing “primitive love cries” in “tropical heat”.

â€œI play for a lot of audiences who know jazz well,â€ she said. “Sometimes I like to pick songs they don’t know.”

On â€œYesterday I Had the Blues,â€ James brings his soulful grater and phrasing behind the beat to nine of Holiday’s iconic songs, including â€œLover Manâ€ and â€œStrange Fruit,â€ which opens with James doubling his vocals in a ghostly choir. (Cassandra Wilson, the reliable and adventurous jazz veteran, will release her own holiday tribute in April.)

And then there’s Cullum, who goes through the title track of his album – made famous when Sarah Vaughan sang the lyrics to the song Dizzy Gillespie later known as “A Night in Tunisia” – with a sense of mischief. modern.

Like Salvant, Cullum also seems interested in expanding our notion of what a standard is. Beyond the established jazz fare, “Interlude” has interpretations of “Losing You” by Randy Newman, “Don’t You Know” by Ray Charles and “The Seer’s Tower” by indie-folk songwriter Sufjan. Stevens. He and Porter are also joining forces for a cheerful â€œDon’t Let Me Be Misunderstoodâ€.

Part of what allows these singers to take the liberties they do is the charisma they exude, a magnetic pull that gives each of them a sort of pop-star vibe even if they look away. of the sound of pop.

At a concert last month at Largo in LA, for example, Cullum received a standing ovation with his first act. And it’s that connection with the audience that makes him a good choice for an exponentially larger venue like the Hollywood Bowl, where he will perform on August 5, said Laura Connelly, Bowl’s director of presentations.

â€œJamie has this firecracker enthusiasm for what he sings,â€ Connelly said. “It’s quite rare in jazz, which can be a bit serious.”

At breakfast the day after his Largo show, Cullum – who recently opened an arena concert series for Billy Joel – said he had experienced moments of unease over his fame, which at home in Great -Brittany, approach the level of a real pop star. He is married to English writer and model Sophie Dahl, and he hosts a popular BBC radio show focused on jazz every week.

â€œSometimes it’s hard to know where this stuff should sit,â€ he said of his offstage activities. â€œPeople might think I’m finishing my career as a musician. “

Ultimately, however, his high profile only draws more attention to the classic songs he wants to showcase, he said. And in that regard, Cullum took his hat off to the singer who has probably done more than anyone today to keep the standards alive, even though he is not widely adopted by the jazz field that “Interlude” seeks to. revisit.

â€œI think Michael BublÃ© has done the world a lot of service by putting this music back on the map,â€ Cullum said of the ring-a-ding crooner loved by millions for his easy listening approach. â€œIt was good for the repertoire.

â€œI’m sure that’s the kind of thing jazz musicians aren’t supposed to say. But I do not agree.