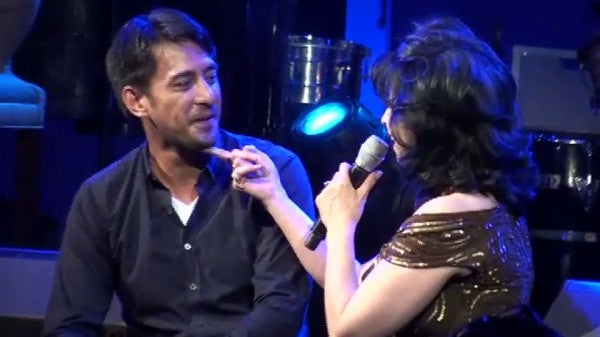 From Miles Davis to Laura Fygi, a personal journey into jazz music

MANILA, Philippines â€” Miles Davis’ 1959 opus â€œKind of Blueâ€ stuck in my mind when I was assigned to cover Laura Fygi’s recent show at the Fairmont Raffles Hotel in Makati City.

Davis, the late and legendary great American jazz trumpeter, was known to be brutal and unpredictable on stage and in his personal life.

Jeannie Tiongco opened the concert with a captivating cover of “What Cha ‘Gonna Do for Me?” by Chaka Khan. The result was more funk than jazz with the bass and drums grooving steadily behind the rough guitar parts. She followed with “God Bless the Child” by Billie Holiday.

The band performed it in a bossa-nova style, with an arrangement by her husband, music director Henry Katindig.

â€œI always like to include Tagalog songs in my set,â€ said Jacqui Magno. Wearing an elegant black dress, Magno made his way through “Ang Tangi Kong Pag-ibig”, a popular kundiman (native Filipino folk song). Her impressive scat singing between verses was reminiscent of the late Ella Fitzgerald.

Richard Merk, a semi-retired actor-comedian now full-time jazz singer and bar owner, is responsible for Laura Fygi’s arrival in the country. Merk is considered one of the few major players in jazz music in the country.

Merk was so impressed with the Dutch singer that he, along with his wife Roni Tapia-Merk, invited Fygi to give a concert in the Philippines.

That night at the Fairmont Raffles Hotel, Merk sounded like a passionate crooner, a more mature BublÃ© with his version of â€œFallin ‘â€ from Teri de Sario. While playing, Merk threw his head back, hitting the high notes. When he asked to sing, the crowd didn’t disappoint.

“And now I’m falling / falling fast again,” Merk bellowed. Tiongco and Magno joined him on stage for a final number, a Moulin-Rouge interpretation of “I can only give you love”.

A short break followed and the lights went out.

In the dim light Katindig gestured towards drummer Mar Dizon, who was exchanging his drumsticks for mallets, like those used by drummers in symphony orchestras. Dizon was pounding the toms at a slow pace. The beat picked up as the crowd cheered her on, and then Laura Fygi swayed on stage like a queen to her song “Night and Day”.

â€œSit back, relax and enjoy 90 minutes of music,â€ Fygi said. She has distributed jazz standards “Let There be Love” and French versions of “Autumn Leaves” and “Fly Me to the Moon”. She twirled seductively as she sang. The men were mesmerized by her, watching her every move of her hips, every curve of her supple body. Coming from an Egyptian belly dancer mother, she clearly has the genes to show it.

“Who was the most beautiful woman who ever lived?” Laura asked the crowd. At that time, the wine was being served on the tables. Someone shouted “Laura Fygi!” She feigned disinterest.

â€œYou see, men never listen. I said ‘was’. I still am, she said, shaking her head. Then she embarked on a cover of “Diamonds Are a Girl’s Best Friend” by Marilyn Monroe. His imitation of the Hollywood sex symbol revealed talent. She wiggled her fingers like she was looking at an imaginary ring, blinked repeatedly and chuckled like a schoolgirl.

More comical moments: drummer Mar Dizon left his drum stool. Fygi asked him: “Do you want to pee? Go on. “A female concert attendee stepped away from the front seat and walked towards the door. Laura remarked,” She’s had enough. “The crowd didn’t know how to react. It turned out. that the woman was the former mayor of Makati city, Elenita Binay, wife of vice president Jejomar Binay, who also graced the event.

â€œWhere do they produce this? Laura said, as if wondering. She brought on stage a male fan who became the object of her flirtation. The act culminated when she sat in the man’s lap, her head buried in her breasts. A lucky guy.

Over the whistles and cheers, the band continued to play. No wonder they are considered the best jazz musicians in the country. Never one to steal the show, Filipino jazz icon Henry Katindig just sat behind his keyboard and piano to lead the ensemble. Drummer Mar Dizon’s chops were perfect, his performance flawless.

However, saxophonist Tots Tolentino was on another different plane. The man was the epitome of freshness. His instrument resounded with long lines of serpentine blues. Merk urged him during his number to play another bar for an extended solo, and he did so without breaking a sweat.

Jazz musicians are known for their talent for improvisation. Towards the end of the performance, Calzada broke the rhythm of the drums for his bass solo. It seemed to have gone so far on the pitch that the singer lost her rhythm. “It’s because of this guy!” cried Fygi. Maybe, but damn if I could play like this.

“Hasn’t it been too long?” she asked the crowd. She looked exhausted. She was breastfeeding a glass of water. Meanwhile, the crowd demanded an encore. â€œMoooooorrre! Mooooorrre! She danced again as the group launched into “Almost Like Being in Love”.

“What a day it has been / What a rare mood I am / Why, it’s almost like being in love”, she sang during the first verse. A couple near the stage started dancing. Laura Fygi smiles. The Netherlands-based jazz singer also had a great time that night.

As Miles Davis once said, “Music is addictive.”

The hottest entertainment news straight to your inbox