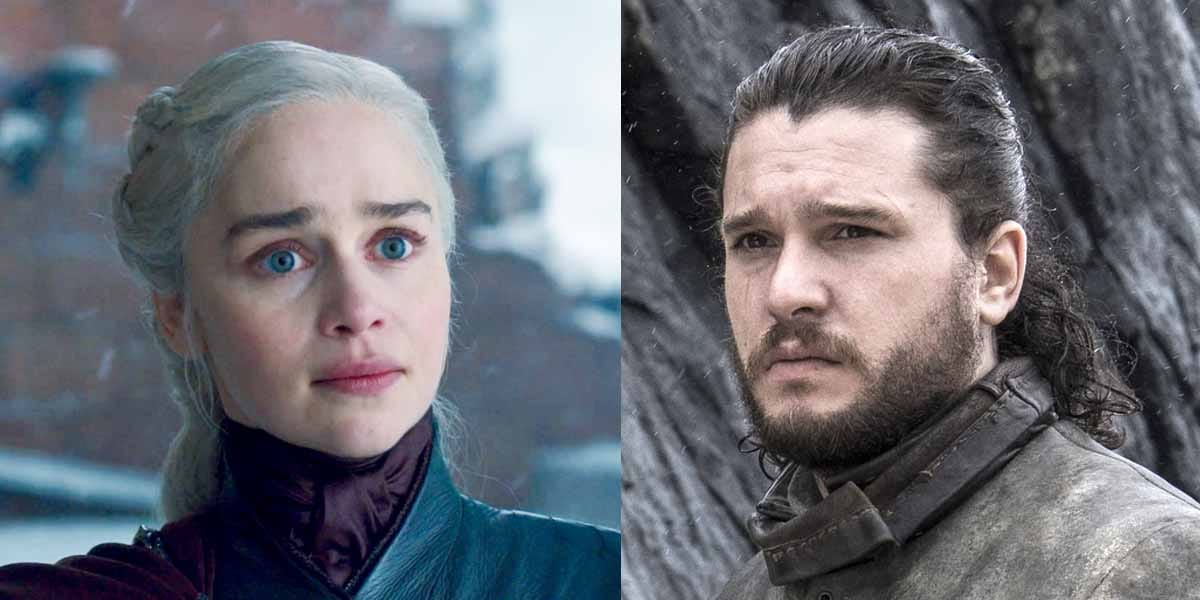 George RR Martin had a surprising response when asked why he was “out of the loop” during the final four seasons of HBO’s “Game of Thrones” adaptation.

Talk with New York Times reporter John Koblinthe fantasy author said, “By seasons five and six, and certainly seven and eight, I was pretty much out of the loop.”

When Koblin asked why, Martin replied, “I don’t know – you have to ask Dan and David.”

Dan and David refer to the two showrunners who helmed “Game of Thrones” – David Benioff and Dan “DB” Weiss. The New York Times said a rep for Benioff and Weiss “decline to comment.”

This revelation came against the backdrop of a feature film on “House of the Dragon,” the first prequel series to “Game of Thrones” which will air on HBO later this month. Benioff and Weiss weren’t involved in “House of the Dragon” (they are currently working under an overall deal at Netflix). Instead, it’s Ryan Condal and Miguel Sapochnik who have picked up the slack for a fantastical new show set in the mystical lands of Westeros.

Condal was a big fan of Martin’s “A Song of Ice and Fire” novels before this new series hit the spotlight. Both he and Martin have spoken openly about the writer’s greater involvement in “House of the Dragon.” Martin participated in early planning meetings, read scripts, and previewed early cuts of season one episodes.

It’s a departure from his involvement with “Game of Thrones” in later years. For the first four seasons of the adaptation, Martin wrote one script per season. This tradition ended with the fifth season, and Martin told fans that it was due to his need to focus on writing the sixth book in his “A Song of Ice and Fire” series (you can find out more on that debacle here).

The fifth season took place when “Game of Thrones” began to deviate significantly from Martin’s books, including character or storyline consolidations. The show soon moved beyond the written material entirely, leaving Benioff and Weiss to write their own endgame ways for the characters.

As previously reported by Insider, the more clear it became that Martin wouldn’t be finishing his final two books before the series, the more Benioff and Weiss began to talk more openly about how the series and books might end differently. That means the series ending probably didn’t “spoil” Martin’s intended ending – you can find out more about how we know that here.

As the series finale was about to air, fans were surprised to learn that neither Martin nor the ‘Game of Thrones’ showrunners were sure how the other would wrap up the massive story. .

“I didn’t read the scripts and couldn’t visit the set because I was working on ‘Winds,'” Martin said in a 2019 interview with Entertainment Weekly.

That same feature revealed that Martin turned down an offer from Benioff and Weiss to make an appearance in the final season.

After the series finale in May 2019, more news came out about some of Martin’s preferences and desires for the series, including the revelation that the writer allegedly flew to New York to “beg” an HBO executive to make “Game of Thrones” 10 seasons long.

“George loves Dan and Dave, but after season five he started worrying about where they were going because George knows where the story is going,” Haas told Miller for the book. “He started saying, ‘You’re not my role model.'”

This complex relationship is unlikely to be replicated with “House of the Dragon” because this time around Martin has already completed the story the series is based on. Showrunners Condal and Sapochnik are working from historical fiction about House Targaryen titled “Fire and Blood,” and Martin was able to make specific requests about what should be included in the show.