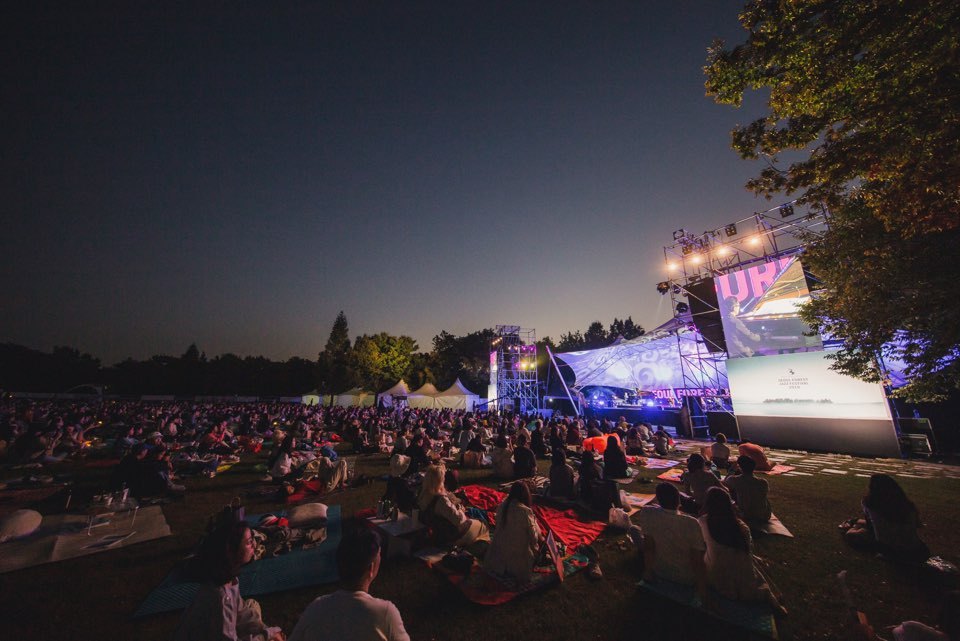 Over the weekend, jazz music invaded Seoul Forest, a park in eastern Seoul.

The Third Seoul Forest Jazz Festival was held on Saturday and Sunday, and one of the highlights was the performance of legendary jazz singer Park Sung-yeon. Park paved the way for jazz musicians in South Korea with Janus, the country’s first all-jazz club.

At 76, Park appeared on stage in a wheelchair, but her voice was as powerful as ever, with touching touches that gave the songs a quality that was both sad and beautiful.

Singer-songwriter Kim Hyun-chul closed the first day of the festival. Unlike artists who took the stage before him, Kim and his band performed well-known pop hits such as “Down Falling of the Moon” and “The Blue in You”. The crowd sang.

In addition, since the Sunset Forest Stage and the Dear Deer Stage were located in the same plaza, the audience had to move around with their picnic mats to see each performance.

But the festival was much less crowded than other outdoor music festivals, so there was plenty of space to hang out a picnic mat. In addition, the shadow of the Seoul Forest with all its greenery was the perfect place for a peaceful getaway in the heart of the city for families and friends.

A bonus for festival goers was the Seoul Forest Jazz Marching Parade. The marching band toured the festival site, inviting participants to dance to the music.