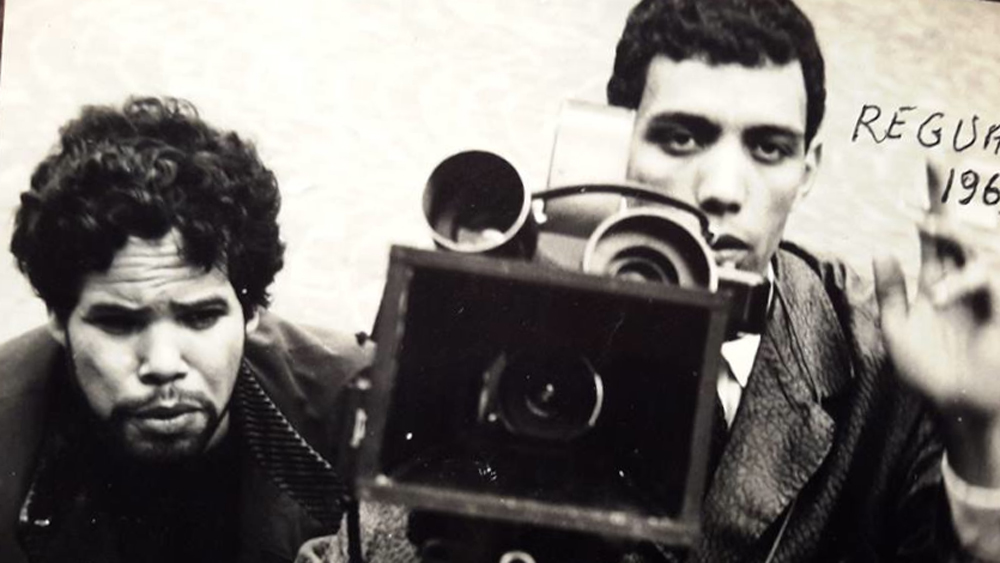 With six Moroccan films on the program this year, the IDFA documentary festival shed light on the documentary cinema scene of the North African country and its artists. For those who want an introduction to the cinematic history of Morocco, a great place to start is “Before the Death of Light”, the latest film by cinema historian Ali Essafi, which receives its international premiere in Amsterdam this week. .

Using archival footage, jazz music, graphic novels and props from the 1970s, “Before the Death of Light” tells the story of the birth of the Moroccan film industry and the battles that the native filmmakers carried out against censorship. The light went out under the repressive leadership of King Hassan II, who turned against artists such as director Mostafa Derkaoui, who directed the independent film “About Some Meaningless Events” (1974), and actress Leila Shenna, who played a femme fatale in 1979. Bond film “Moonraker” before disappearing without a trace in the 1980s.

Born in Fez in 1963, Essafi is one of Morocco’s leading documentary filmmakers, videographers and columnists, with a particular interest in foreigners who rebel against authoritarianism. His previous films include “Crossing the Seventh Gate” (2017), an intimate portrait of the marginalized poet, filmmaker and writer Ahmed Bouanani (1938-2011), a director who remains a kind of touchstone for Essafi – having discovered that Bouanani has writing notes on the history of Moroccan cinema for an unpublished manuscript, he has since collaborated with Bouanani’s daughter, Touda, and a book is due out soon.

“Before the Death of Light” was a dream project for Essafi, who was working as a filmmaker in France when he first realized that he knew little about the history of cinema in his native country. “I started researching this movie 10 years ago,” he recalls, although he had his work cut out for him to find both the material and the classic films. “In Morocco, we do not have access to the archives,” he said. â€œSo I started doing everything to watch films made by the pioneers of Moroccan cinema. By chance, I met a man now retired, an engineer with a passion for cinema, [who] kept everything on Moroccan cinema at home. It was like a real film library in Morocco.

The jewel in this man’s collection was a VHS copy of “About Some Meaningless Events,” which, at the time, was the only known copy of the film in the world. And when the Sharjah Art Biennale asked Essafi to make a short film in 2011, he made a short film about Derkaoui, now 76, using fragments of the VHS copy to talk about the director, who was sentenced to 33 years in prison after completing the film.

This VHS copy sparked the rebirth of Derkaoui: after Essafi took her to the CinÃ©mathÃ¨que de Tanger (CDT), because it was the only place in Morocco where he could share what he found, a woman who there was working began a search to locate an original copy of the film. Long after leaving CDT, she found one in Spain, which was restored and performed at the Berlinale in 2019. “Maybe without this very bad VHS copy no one today would hear about the film” , remembers Essafi. .

In hindsight, what is remarkable about Moroccan cinema of the 1970s is the extraordinary effort that filmmakers had to put into making their films, despite the enormous personal risk to themselves. In his film, Essafi intelligently tells the story of the secret screenings and the ban on “About Some Meaningless Events” by weaving archival material with the narration of Derkaoui, who was released 11 years after the start of his sentence. .

With its jazzy score, found footage and news clips, Essafi’s documentary has a similar aesthetic to GÃ¶ran Olsson’s 2011 documentary “The Black Power Mixtape 1967-75”. It’s a film that Essafi admires a lot, and this jazz music links what was happening in the United States with events in Morocco. â€œThe model for young revolutionaries in Morocco was the emancipation of African Americans, so jazz was a big part of it; it was a music of freedom. Young people until the early 1980s listened to a lot of jazz music.

Essafi sent his film to Derkaoui, but he still does not know what the pioneer director thinks about it, because, for a year, the aging director has lost his voice. “I’m sure he won’t email me anything, so I’m waiting to go back to Morocco to see him and get his reaction, as he writes on paper when he wants to communicate in person.”

How can I finally come to love jazz music