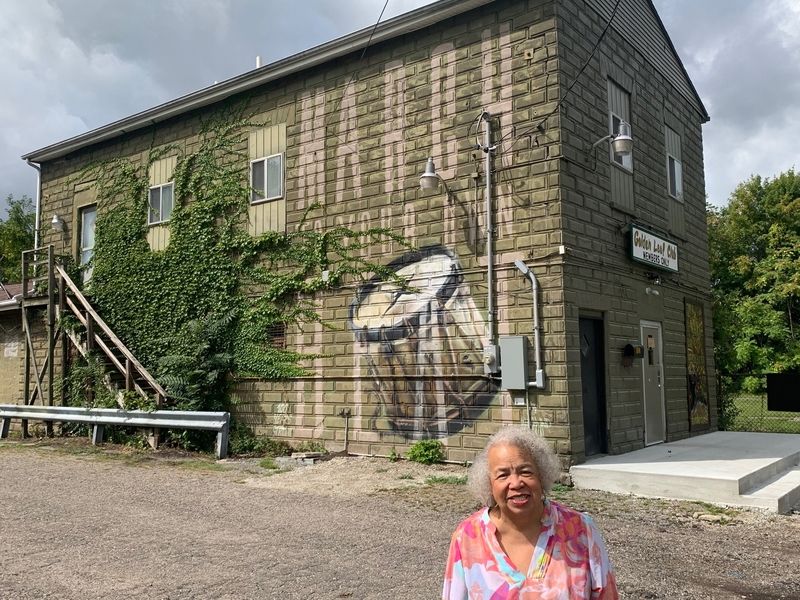 In Flint, the century-old Golden Leaf Jazz Club is the latest icon in the shaven black neighborhood

There is perhaps no better example of a hardscrabble survivor in the hardscrabble town of Flint than the Golden Leaf Jazz Club, which celebrated its 100th anniversary on October 3. Tucked away just south of downtown on Harrison Street, invisible to traffic just a block away on the main thoroughfare of Saginaw Street, the Golden Leaf is the latest icon of the once thriving Floral Park neighborhood, a small but vibrant black community that included hair salons, grocery stores, drugstores, and a theater – and the Golden Leaf, which bills itself as a jazz club, but also enthusiastically provided a showcase for soul music, funk, hip-hop and rhythm and blues.

Mirroring what too often happened to black communities in New York City, Detroit and elsewhere, urban development – in this case the construction of the I-475 freeway, a commercial loop allowing I-75 drivers to bypass downtown – tore the neighborhood apart. The section that ran through the flower park opened in 1973, running north of I-75 to the east-west freeway of I-69 which passed just south of downtown.

The I-475 completely destroyed part of the flower park and separated the rest of the city center. Businesses have closed and buildings have been demolished, leaving land filled with rubbish that causes weeds to sprout. In 2014, one of the last remnants of the neighborhood, Clark Elementary School, built in 1913, was demolished, leaving the Golden Leaf as the only survivor of the flower park.

Opened in 1921 by Magnus Clark as Maple Leaf, the Golden Leaf is a member-owned club, with an annual cost of $ 85. Most of these members are black, but white members are welcome, and many events are open to the public, including an open mic night on Wednesdays and outdoor concerts in the side yard that have become popular during the pandemic.

The club survived urban renewal and survives COVID restrictions. The joint even survived Prohibition, with the music replaced by a pool hall and barber shop until the alcohol started pouring out again.

Ironically, decades of racism have helped the club thrive. In 1929, the Industrial Mutual Association, which provided health benefits to employees of Flint’s automobile manufacturers, built the Industrial Mutual Association auditorium in downtown Flint. It was the center of the city’s sporting and entertainment events until its last show was held in 1979.

For many years, whites attended evening events, with black patrons only allowed a second show after midnight.

About a mile and a half away, the Golden Leaf gathered in a black audience during normal evening hours, and it has become a regular stop for star performers over the years like Dinah Washington, Diana Ross, Stevie Wonder, Dizzy Gillespie, and Sammy Davis Jr. Another notable participant was Malcolm X, the black activist and leader of the Nation of Islam, a national Muslim movement for African Americans that gained notoriety in the 1960s.

In 1992, Lottie Reid became the club’s fifth manager, a move that was hardly an extension of a logical career path. She was a telephone operator who spent three decades with Michigan Bell, AT&T and Ameritech and was a longtime member of the club. One evening she was sitting at the back of the bar having a drink or two, or maybe even three, she said, when the man next to her mentioned that the current manager wanted to retire. .

In what she says was an inspirational moment, Reid immediately approached the manager and told him she wanted the job. She graduated and for the next two years managed the club and worked as a full-time operator before retiring.

The Flint Public Arts Project, a 501 (c) 3 non-profit organization that has funded the creation of approximately 150 murals in Flint in recent years, is based in the Dryden Building in downtown Flint. Building owner Phil Hagerman attends the Golden Leaf Jazz Club and suggested that the nonprofit earlier this year have a mural painted on the club’s new wooden fence, which lines the courtyard where the club organizes outdoor shows in good weather.

The Arts Project hired a local artist, Kevin Burdick, based in Fenton, to paint the mural, which includes large images of Ella Fitzgerald, Louis (Satchmo) Armstrong and Miles Davis.

“Kevin asked me what I wanted to paint on it and I said, ‘nothing psychedelic,'” Reid joked.