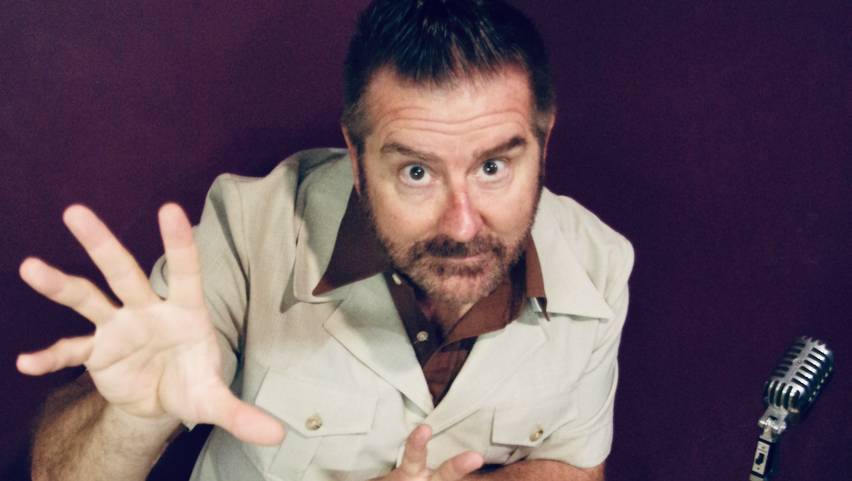 The Down South Jazz Club presents the Dorian Mode Organ Trio with Dorian Mode on organ and vocals, Lachlan Coventry on guitar and Toby Hall on drums on December 16th at Club Sapphire.

Dorian is a multi-award winning jazz musician who is also a writer.

He has received three ABC Music Awards and he presents his organ trio concerts with one foot on the bass pedal and one foot deep in cultural satire.

Those who have read NRMA magazine may have seen Dorian’s occasional article in the domestic travel section.

After leaving school, he completed a degree in composition at the NSW Conservatorium of Music. He then worked and studied in New York.

Back in Australia, he soon signed to EMI Records where his debut CD â€œRebirth of the Coolâ€ achieved record success locally and internationally. He lived in London for a time where he sang with the BBC Big Band in Europe and worked with other great European jazz musicians before returning to Australia to take up a position as a jazz vocal teacher at the Australian Institute of Music.

Dorian has performed at many top jazz festivals and venues across Australia (including the Sydney Opera House) and has appeared in several TV shows including “Hey Hey it’s Saturday” and ” The Today Show “.

Lachlan Coventry is a professional guitarist and teacher living in Canberra. He is one of Canberra’s best jazz guitarists playing original standards and harmony pieces. Lachlan is an ANU professor of guitar where he is also studying for a doctorate in jazz guitar composition.

He is also professor of guitar and ensemble at Radford College in Canberra.

Toby Hall is one of Australia’s best-known drummers, with over 30 CDs. He has worked with many of Australia’s top jazz and contemporary musicians live and in the studio, including Don Burrows, James Morrison, Sandy Evans and Vince Jones.

Toby has performed at jazz festivals and contemporary music venues across Europe, Canada, Asia and the South Pacific.

He has been on several popular Play School episodes performing live music with members of the Umbrellas and Justine Clark and recently performed in Play School’s Big Jazz Adventure live at the Melbourne International Jazz Festival and for Play’s 40th anniversary celebration. Schools live at the Sydney Opera House. Housing. More broadly, Toby has been actively involved in the musical education of children for 20 years.

After a few months without music, there is a wait for an evening of entertainment, which costs $ 15 for members and $ 25 for visitors with music starting at 7:30 p.m. Reservations can be made by emailing [email protected] or using the form on the WhatsOn page of the DSJC website. You can also call Aileen Walsh on 02 6495 9853, or just show up in the evening and pay at the door. The Club Sapphire bistro opens at 5:30 p.m. for those wishing to have a first meal.