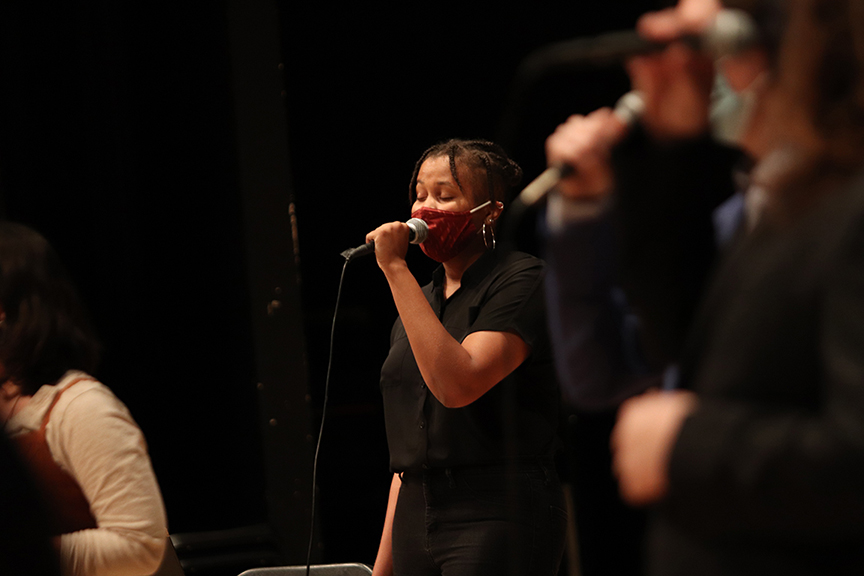 Jazz singers and the University of Nebraska-Lincoln Jazz Orchestra will perform at 7:30 p.m. on October 5 at Kimball Recital Hall.

The Jazz Singers, under the direction of David von Kampen, is a small choir open (via audition) to all members of the university community. Students learn jazz style, ensemble vocals, lyric delivery, solos, and improvisation. The ensemble performs standard and contemporary jazz repertoire arrangements in collaboration with a rhythm section.

â€œI hope people are excited to come out and hear live music again,â€ said von Kampen. â€œI know that all students are really keen to share songs directly with an audience. I am especially delighted that the band presents a brand new arrangement of the “Twisted” painting. It’s a piece composed by bebop saxophonist Wardell Gray, with lyrics by Annie Ross (of the legendary vocal jazz band Lambert, Hendricks and Ross). Our arrangement is very faithful to both Gray’s original instrumental recording and the LHR adaptation. This is an opportunity for the singers to immerse themselves in the heavy and linear language of bebop, and also to improvise a little.

The Jazz Orchestra, under the direction of Greg Simon, is the university’s showcase jazz organization and one of the most prominent groups at the Glenn Korff School of Music.

â€œIt’s so exciting to be able to play with a live audience again. Jazz is a community art form, and there’s nothing quite like sharing it with a group of people in the same room as the musicians, â€said Simon. â€œThere are a lot of highlights in this program, but maybe one of my favorites is ‘Pasar El Tiempo, Aunque Fugaz, Contigo’ (‘To spend a moment, however brief, with you’ ) by Edward Perez. Edward is an incredible bassist and songwriter who performs and writes for the Terraza Big Band in New York. He is part of a community of New York-based composers (one of whom, Erica Seguine, is also on our program) who are finding new ways for the big band to sound, perform and find new audiences. . This whole program is a showcase of how jazz developed, even during COVID, and an outline of the directions it might take.

Tickets are $ 5 general admission and $ 3 student / senior, available at the door. The concert will also be webcast live, with details announced. here the day of the performance.