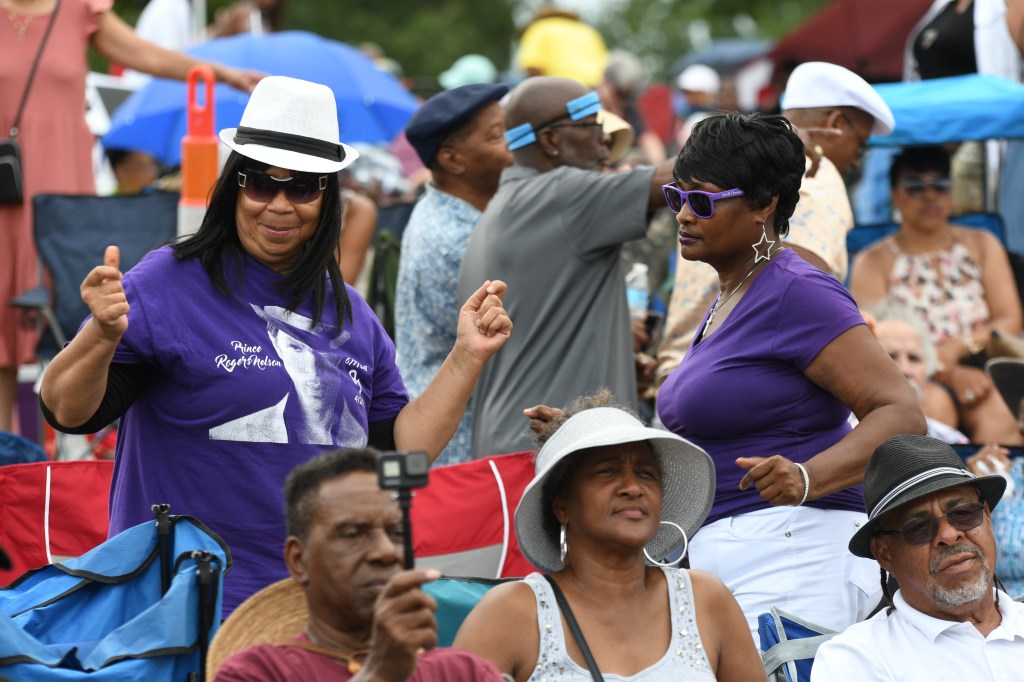 She learned to respect the power of love and he found the greatest love of all, and in between they brought all their legendary sounds and No. 1 hit recordings at Trenton’s Jazz on the River to Elizabeth Park.

Grammy award-winning George Benson and five-time chart-topping Stephanie Mills did not disappoint when they visited Trenton for entertainment.

The recent concert was a big hit among those who appreciate classic R&B music as fans filled the lawn around the stage.

Using the Detroit River as a backdrop, the concert provided an opportunity to hear some of the two’s old-school favorites in honor of the festival marking its silver anniversary.

Jazz concerts have been attracting fans of the genres for 25 years and Benson and Mills have been chosen to headline the anniversary show.

Concerts have multiplied over the years and now Trenton hosts what is considered one of the largest and most popular free jazz festivals in the region.

Wayne County Executive Warren Evans spoke about the concert before the show, saying that Jazz on the River has remained such a popular cultural event in Wayne County for 25 years is a remarkable achievement.

He said it’s not just a testament to the quality of entertainment that is recruited every year, but also the hard-working staff and supporters.

Evans said they continue to go above and beyond to ensure it continues to be a happily memorable occasion every year.