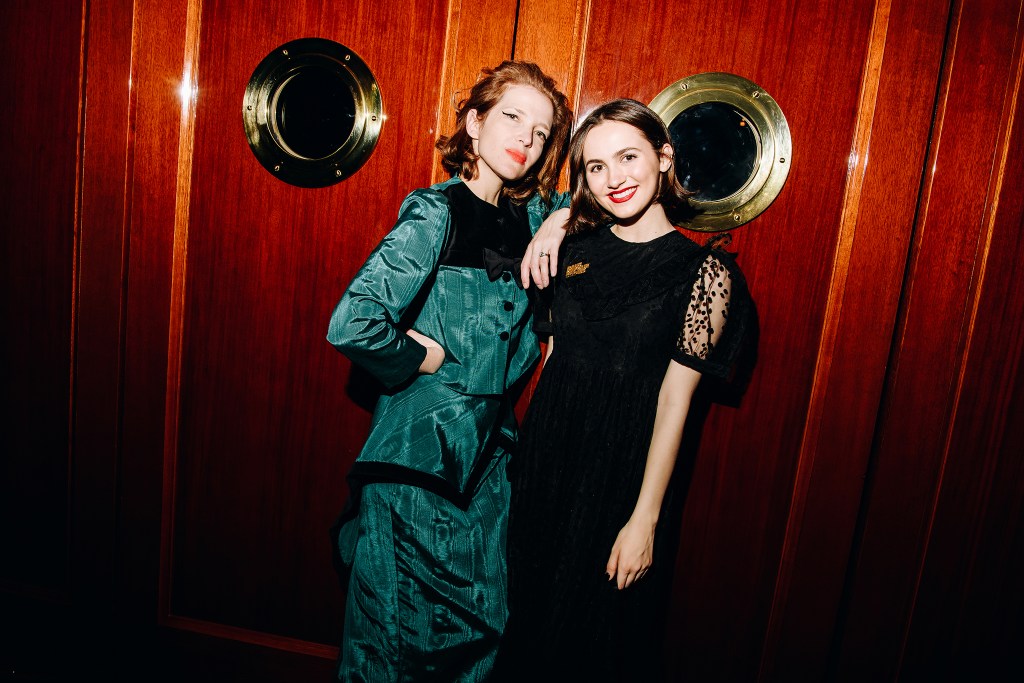 While Kendrick Lamar and Mary J. Blige captured the attention of millions of Americans in their living rooms watching the Super Bowl, those who prefer frilly high necks and velvet booths ventured to the jazz club at Casa Cipriani for Batsheva Hay. Rather than showcasing her latest collection via a catwalk, Hay felt the fashion week vibe deserved a fun night, where rock band Arsun played a set and cocktails were served.

“We thought of a different way to show the clothes because of Omicron and everything,” Hay said moments before the show started. “And it’s kind of funny, we just dressed my team with the collection. We decided to create a meeting place instead of a formal invitation, which perhaps seems a little out of step with what happens.

Then her friend Hari Nef arrives, wearing a shiny PVC dress from the collection.

“It’s one of the looks, it’s actually the look that made me think of the collection,” Hay explained of Nef’s dress. “Everyone I know sent me a picture of Sharon Tate’s wedding dress, which is basically this type of shape, this idea in white. And I was so obsessed with it and had seen it for so many years i decided to do it in completely different fabrics there is a pvc i did it in denim with velvet i just twisted this dress that haunted me for years i I was like, you know what, it’s dress season.

Arsun is the band of Arsun Sorrenti, son of Mario Sorrenti, and Hay said she was introduced to the young musician by Cat Power.

“It’s a bit more rock, which is funny because it’s a jazz club,” she said. “I knew they had this jazz club and I was like, ‘Can we do another kind of music?’ And they said it was the first time they didn’t do jazz. It’s jazzy rock. But I thought it was a good way to bring music to the occasion and have people appreciate the clothes.