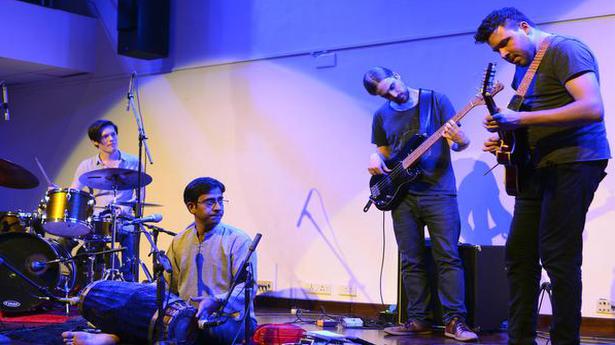 With a pinch of salt: German band ‘Max Clouth Clan’ prepare for the release of their new Indian-influenced album, Kamaloka

â€œIt contains this incredible energy, both creatively and personally. India has been so good to me. There is a nostalgia in musician Max Clouth’s voice when he talks about his second home, a place that guided his music during his four-year stint as he immersed himself in Mumbai’s Hindustani scene. This connection also continues to inspire the music of his band Max Clouth Clan.

â€œI discovered jazz and Indian classical music almost simultaneously when I was a teenager and I was immediately absorbed as both offered the possibility of improvising. ”

The bond between the two worlds helped the band put together their debut album, ‘Return Flight’. Yet with their new album, ‘Kamaloka’ due out soon, Clouth says they’ve finally found a way to merge the two worlds.

Yet, after further tours with Indian singers Varijashree Venugopal and Arijit Singh, Clouth and his team are calling the album the sound roadmap of the journey he’s been on so far. “It is a testament to the fact that for me India is as much home as Germany, especially South India,” Clouth explains.

The journey had its challenges, however, and with the recent death of Clouth’s mother, he says the spiritual thoughts he sparked were instrumental in the design and composition of the album. â€œThe experience really made me question life, its purpose. I started to think, â€œhow can I live in such a way that even if I lose everything outside of myself, I won’t be lost inside? “

Introspection gave Clouth the title of the album he had been looking for all along. “He just fell into place.” The first two singles recently released from the album, “Shyam” and “Salt Lassi”, reflect the lighter side of the artists, revisiting some of Clouth’s fond memories of his time in Mumbai.

â€œShyam, or evening, would be a calm and peaceful night at home. But in Mumbai, the evenings are not. Instead, everything is so vibrant and there is a certain beauty about it and I wanted to capture it, â€he says.

‘Salt Lassi’, inspired by raga Bhimpalasi and drummer favorite Standke, plays to the ever-humorous ‘cafÃ©-Kaafi’ pun that inspired Clouth to do something similar.

â€œIn a way, this whole album is our ode to India – the sights, the smells, the experiences and the wonderful people we met along the way,â€ Clouth smiles.

He calls â€œKamalokaâ€ a â€œtrue integrationâ€ of sounds, the Keeravani raga making a punchy presence and incorporating the contributions of guest musicians Venugopal and tabla artist Ishaan Ghosh, among others.

Recorded entirely in Pune, Clouth says the album already has it and the band is gearing up for their next trip to the East.

“We’ll be back in November and I can’t wait to meet and perform with all of the artists we’ve worked with.”

Jazz Fiesta! brings workshops and a variety of jazz music to campus