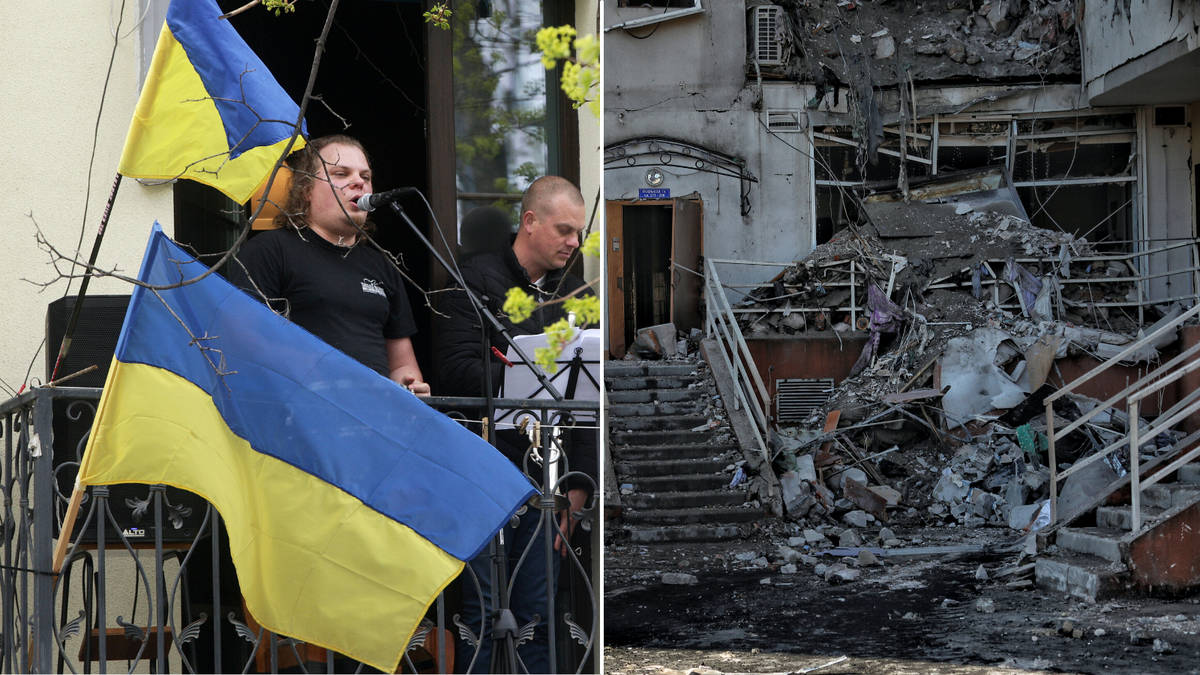 Odessa’s biggest jazz club, silenced by the war, continues to make music from its balcony amid explosions in the city.

Perron No.7, a famous jazz club in Odessa, Ukraine, continued to give outdoor concerts to its citizens in order to keep morale high during the ongoing war with Russia.

On Saturday, April 23, the club performed the sixth iteration of its outdoor concert series, “Jazz On A Balcony,” with plans to feature a host of jazz and folk musicians, as well as opera singers. from Odessa.

As the concert began, Russia launched a missile strike on the southern Ukrainian port city for the first time since early April. Two missiles hit Odessa and, according to official reports, at least eight people were killed, including a three-month-old baby. Dozens of others were injured.

Ahead of the balcony concert, the jazz club dedicated Saturday’s event to “Love.” On its Facebook page, the establishment posts the following message: “Love inspires and motivates. It is out of love that we defend our country in this inhuman war.

The video below shows the moment the musicians on the balcony first heard the sound of explosions coming from their town. Even though they continue to play, their faces cannot hide their fear and worry.

Read more: A Ukrainian orchestra and choir perform “Va, Pensiero” in front of the opera in a powerful cry of peace

According to the Facebook page Perron n°7, the public and the musicians were quickly taken to an air-raid shelter following this video.

“We offered to go to the vault before the concert started – but people didn’t want…”, shared the jazz room on Facebook, “until the explosions were heard…” .

The venue said upcoming “Jazz On A Balcony” concerts will most likely take place “immediately in a protected venue” due to security concerns.

The concert series was launched just weeks after the start of the Russian invasion, to show that “life goes on and on” in this Ukrainian city, and “Odessa is not afraid”.

Read more: Brave musicians from the Odessa Opera sing while packing sandbags on the Ukrainian frontline

Along with “Jazz On A Balcony,” the venue also held shows titled “Theater On A Balcony” in a similar vein, presenting performances from the balcony of their jazz club to an audience below.

The owners of the jazz club, husband and wife team Yaroslav Trofimov and Julia Bragina, were recently interviewed by NPR why the club had not completely closed with the war.

The club’s interior has been used by volunteers since the beginning of the invasion, with the premises temporarily titled “Odessa Center of Resistance Ideas”.

The artistic side of the club became a respite for many citizens who remained in Odessa. At their concerts on the balcony, there is music, laughter and singing from an audience sometimes over 100 people. Trofimov says that’s why “we keep meeting and telling each other stories and jokes, because [this is our defence].

Musicians including Trofimov gathered inside the club for a rehearsal earlier this month just after the sinking of the Moskva, the flagship of Russia’s Black Sea Fleet.

During the jazz rehearsal, the band played a NOLA-style arrangement of the jazz tune, ‘When the Saints Go Marching In’but with lyrics referring to the sinking of the Russian ship.

Commenters on Twitter noted that the music was a “strong example of the importance of art and music in people’s struggle to get through seemingly impossible times”.

Shirley B. (Huckins) Krause – The Kansan