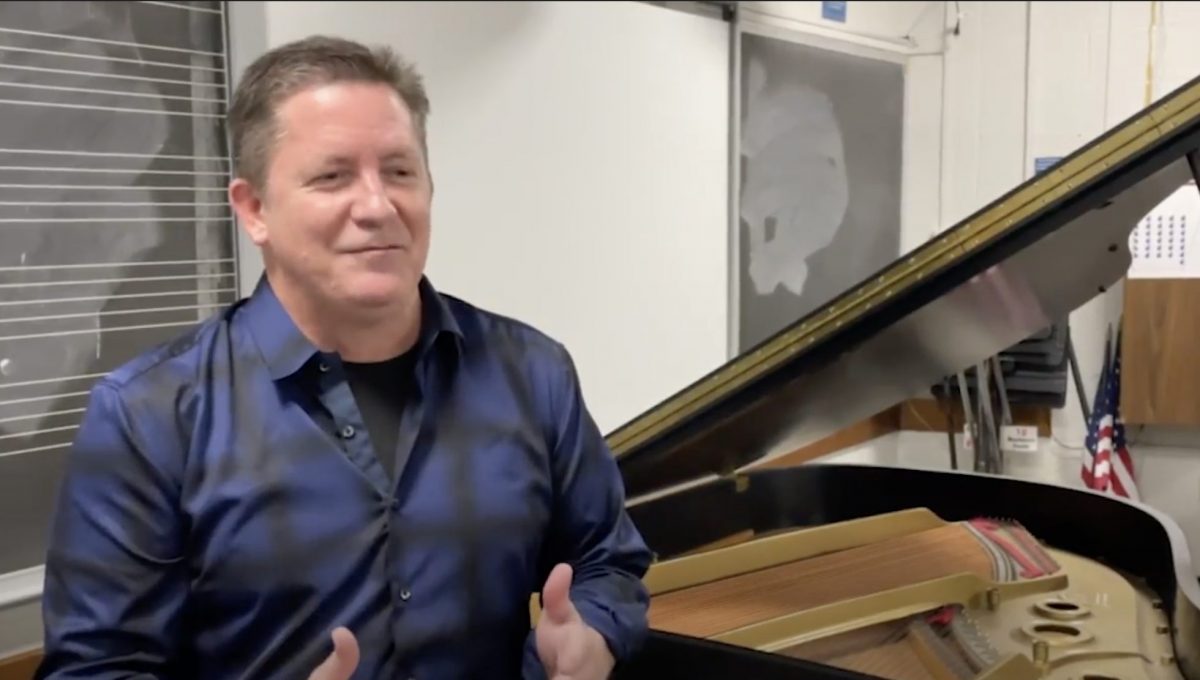 The soft sounds of the saxophone and the bold rhythms of the drums fill the air of Baby J’s Bar every night Monday through Saturday, lingering in visitors’ ears long after closing. Since opening on April 26 and bringing jazz music to downtown Gainesville, this retro venue has become a hub for everything from boogie to blues.

The bar, located at 7 W. University Ave. and attached to cry baby, is the first real jazz club in Gainesville in decades, said Tony Marquez, 41, director of entertainment at Baby J’s Bar. Although restaurants and clubs host jazz nights, Baby J’s is different; rather than live music playing in the background, that’s the focal point, he said.

Baby J’s is built around a stage with intimate tables for two and booths designed to immerse viewers in the performance. The venue has a capacity of about 50 people, and on an average night every seat is full, he said.

“We wanted that to be exactly what we do,” he said. “We have dedicated our vision to giving the jazz community a home – a home – to play in.”

Silviu Ciulei, 37, a professor of guitar studies at the University of Florida, said he felt drawn to Baby J’s because of the atmosphere of an old-school jazz club.

“It feels like a place from another era,” he said.

Baby J’s aims to promote local musicians and attract musical talent from all over Florida. Bands from Orlando, Jacksonville and Tampa traveled to perform at Baby J’s, Marquez said. He has booked over 40 acts for the bar since it opened.

One of the musicians Marquez has booked is Scott Wilson, 54, UF’s director of jazz studies. Marquez met him when he came to Baby J’s to see a show, he said.

“You can feel it when you play because you look outside and see everyone watching the show,” he said. “Whereas when you play in many other venues, everyone does their own thing.”

Wilson has been UF’s director of jazz studies for 14 years, he said. Since becoming principal, he has created 12 jazz courses for students and prompted UF to add a master’s degree and minor in jazz studies. These courses provide the foundation and experience necessary for students to play music professionally, he said.

Kevin Orr, principal and professor at the UF School of Music, said Wilson and his students continue to exceed expectations and improve the jazz program.

“Scott Wilson is a towering performer and an inspiring musical leader in our music school jazz program,” he said. “We are thrilled that he will continue to raise the bar for jazz and bring our amazing jazz students to the Gainesville community.”

The jazz scene has gained momentum over the past five years, Wilson said. With jazz performances at Baby J’s and other Gainesville venues, such as the Jazz Series at The Keys Grill and Piano Bar and the Ocala Reilly Arts Center Jazz Series, people play jazz seven nights a week. The abundance of performance opportunities encourages graduates to stay in Gainesville instead of moving to different cities, he said.

“Jazz has completely taken off in Gainesville, and it’s everywhere,” he said.

Wilson became interested in jazz in college after receiving a vocal scholarship at UF. Although he initially attended college for singing, he began studying jazz music after joining the music fraternity Phi Mu Alpha, where he had to learn how to transcribe jazz solos played by other musicians.

He started playing the trumpet and earned a bachelor’s degree in music education from UF in 1991. He went on to earn two master’s degrees in jazz studies and music education from the University of North Texas, launching his music career and becoming one of the best trumpeters in the world, he says.

Before becoming director of UF Jazz Studies, his musical career took him to places far from his hometown of Fort Lauderdale. He was the musical director of Universal Studios Japan, where he wrote the music for his shows, he said.

One of Wilson’s favorite performances in his career was when he co-produced the Earth, Wind & Fire tribute album with some of the original musicians. They performed in Los Angeles with Stevie Wonder, he said.

“It was fun playing with them,” he said. “It was really great. I’ve played some amazing shows before, but people just don’t know the vibe of this band. It’s so positive. It’s filled with an amazing spirit.

Then, about three years ago, he chipped both front teeth while playing basketball, permanently altering his music career, he said.

“It affected my career as a trumpeter,” he said. “It’s just not the same thing. You can’t play exactly the same way.

Wilson decided that the piano would be his new forte. Despite his lifelong passion for the trumpet, he ended up loving the piano even more, he said.

“It’s so much better for me because now I’m a better teacher,” he said. “I can demonstrate more styles and I can write much faster.”

Wilson said he provides his students with the best education possible to help them become successful professional musicians. Over the past two years, his students have received four DownBeat Student Music Awardswhich is one of the most renowned and distinguished awards in jazz education.

“Everyone in my jazz band is brilliant,” he said. “They’re all very smart kids.”

Wilson will continue to perform at Baby J’s throughout October while playing other gigs around Gainesville. Above all, he hopes to give back to the young musicians he teaches at UF, he said.

“I thought maybe I could bring all my experience that I’ve learned from the industry to my students, and I can give them the same amazing careers in the world that I’ve had,” a- he declared. “And it works.”

DOGE Price crosses 10 cents, Where NEXT?