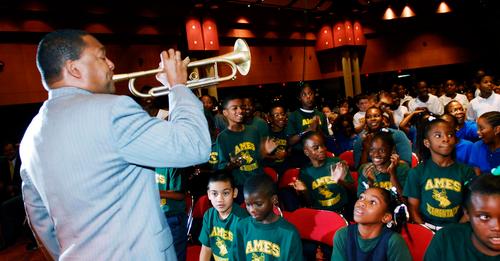 The Orleans Parish School Board voted unanimously Thursday to repeal a ban on jazz music and dancing in public schools. The decision comes exactly 100 years after the date the resolution was originally passed, school officials said.

“I am very pleased that we can rescind this policy,” school board chairman Olin Parker said at a committee meeting this week. “I want to acknowledge that it was rooted in racism. I also want to acknowledge the tremendous contributions of our students and especially our music directors whose legacies continue from 1922 through carnival season.”

According to the Associated Press, New Orleans public schools abolished playing and dancing to jazz music on March 24, 1922. The resolution was sponsored by former school board member Adolph Baumgartner, who said witnessing “a lot of brutal dancing” at school. events.

Greater New Orleans Collaborative of Charter Schools executive director Dr. Ken Ducote called the old policy “absurd” and said it resulted from a board member’s personal preference. He argued that public schools have played “a huge role” in the development of jazz music and the economy of New Orleans, providing jobs for jazz musicians and church singers as group teachers.

Since the rule came into effect a century ago, some students and teachers have ignored it, according to board member Katherine Baudouin.

“In this case and in this case only, we are glad the policy was ignored,” she said.

Remembering the Sacred Heart and Our Lady of Guadalupe Consolidation