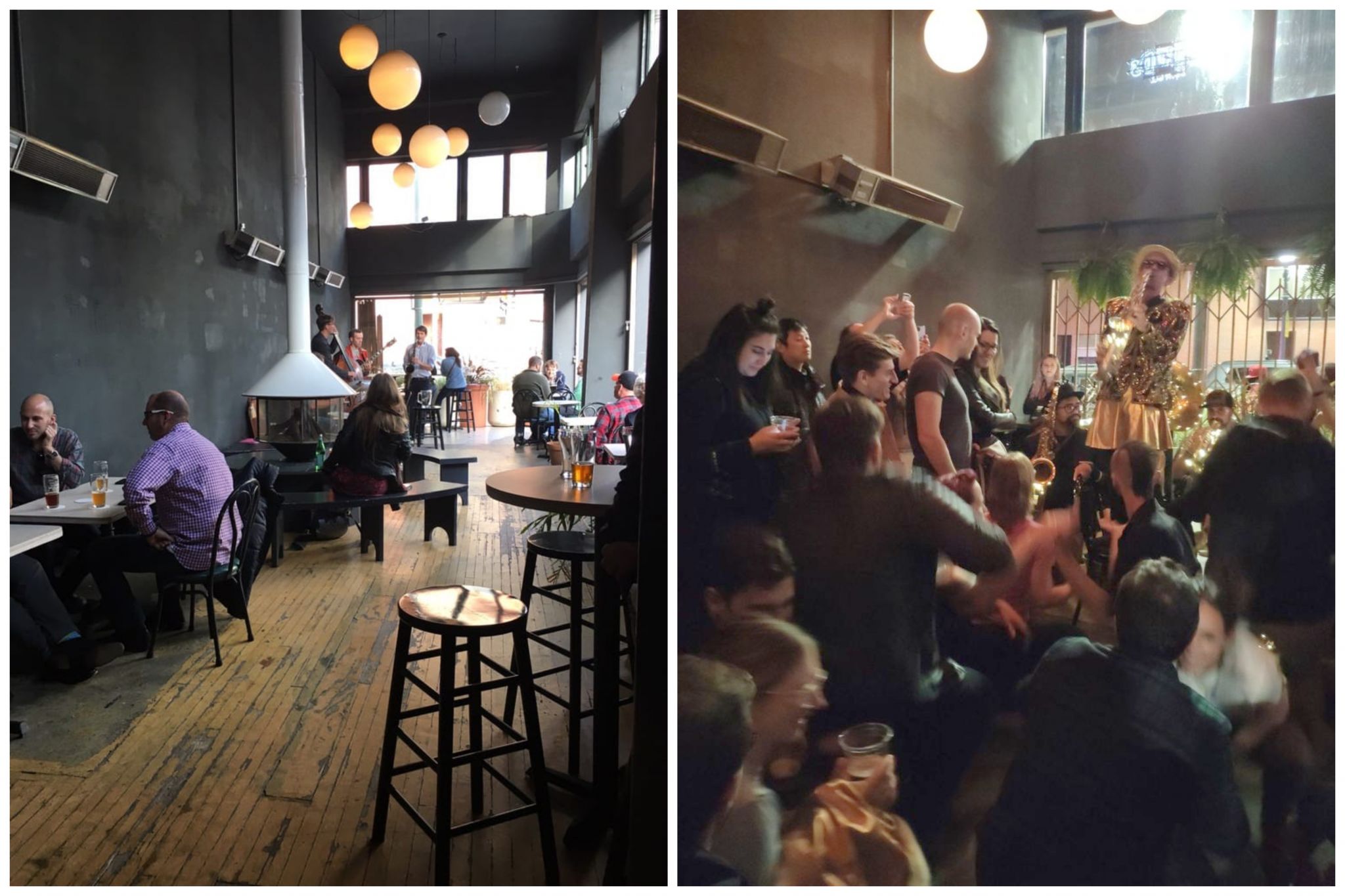 Woods Bar & Brewery, a staple of Uptown Oakland nightlife, is closing its doors for good this Wednesday. Landlord Jim Woods, who announced the closure on Instagram, says they were unable to reach an agreement with their landlord over the renewal of their seven-year lease. However, Woods Beer & Wine Co. will keep its other five locations open (four are in San Francisco, one on Treasure Island).

“We planned to stay in perpetuity. We put a lot of blood and sweat and tears into the building and the space and thought we were going to leave when the sun went down,” Woods said. “It’s a tough decision but it’s the right one.”

In 2013, when Woods’ team acquired the building at 1701 Telegraph Ave., it was “a giant concrete box housing a shoe store.” After starting demolition, they found the original architecture of the building hidden in stucco, with windows and an ornate facade. They set to work to fully restore the building to its former glory, a massive and expensive project. But Woods says he “loved every minute”.

Early on, Woods Bar & Brewery became a destination not only for creative craft beers and cozy fire pits, but also for live music. Jazz and brass bands, from Mission Delirium to the East Bay Brass Band, played Friday and Saturday nights, and the cramped space was always packed. And good luck even making your way there if Oakland’s First Fridays rolls around.

“They were very energetic bands that brought the place to life,” Woods recalls. “I don’t think there is a cooler place than our patio on a Friday or Saturday where there was live music. The feel was like nothing you can find in the Bay Area.”

Alas, since sheltering in place began, Woods said business in Oakland is down about 85%. Its other locations in San Francisco are more neighborhood-focused and therefore saw a viable amount of business from people living nearby – but once bustling nightlife destination Uptown Oakland was a ghost town.

In June, Woods opened a location in Lower Haight at the former Mad Dog in the Fog space, and he said he plans to bring some of the gear from the Oakland location there. It may be a farewell to East Bay for now, but he hopes to return eventually.

“We just felt like we really found a place in the Uptown community of Oakland,” Woods said. “That’s the hardest part: All of these relationships that we’ve forged and the community that we’ve built are kind of coming apart. But hopefully we can come back soon in some form. “