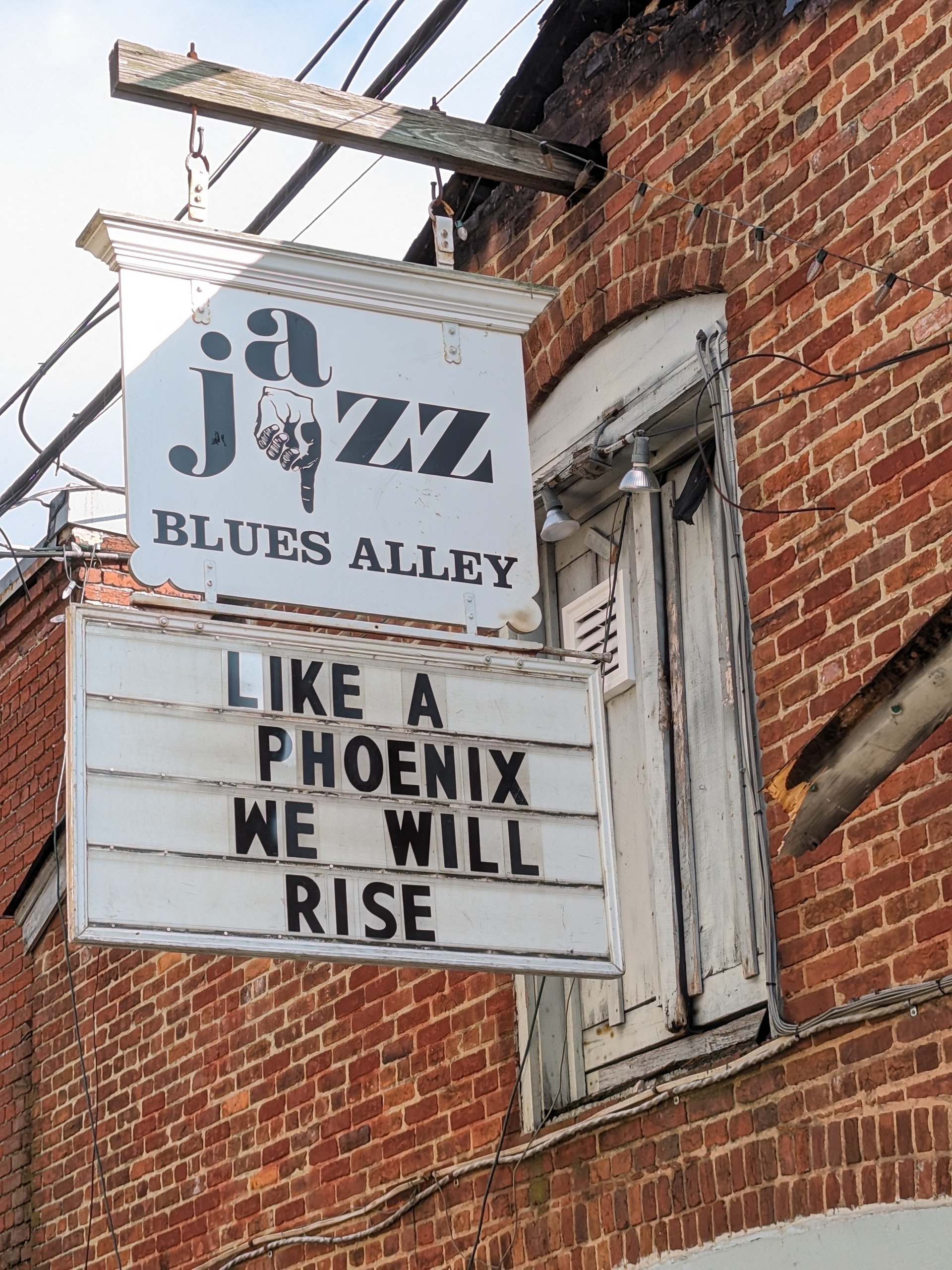 Reports of last week’s fire at Blues Alley in Georgetown sent shockwaves throughout the district and jazz fans around the world. News and social media images showed smoke billowing from the roof of the venerable historic jazz hall. Ten fire engines were on site, hosing down the roof to prevent the fire from spreading.

In a phone interview with DC Fire and EMS Media Affairs Manager Vito Maggiolo, he confirmed what happened at Blues Alley on October 24. ”

When he arrived at the club the following afternoon, Harry Schnipper, executive director and owner of Blues Alley Jazz Club, spoke about the next steps.

“We’re getting ready to turn on the humidifiers and start sanitizing the water,” he said, referring to the water damage caused by the firefighters’ response. “The only damage that occurred inside was to our speakers, amplifiers, console and possibly our piano.”

According to Norelco Carroll, the club’s manager, the bi-weekly schedule for this historic club is now posted. Blues Alley reopened for its first performance after the fire on Tuesday November 1, but will coincidentally be dark until November 4. Pianist and composer Bob James will perform November 4-6.