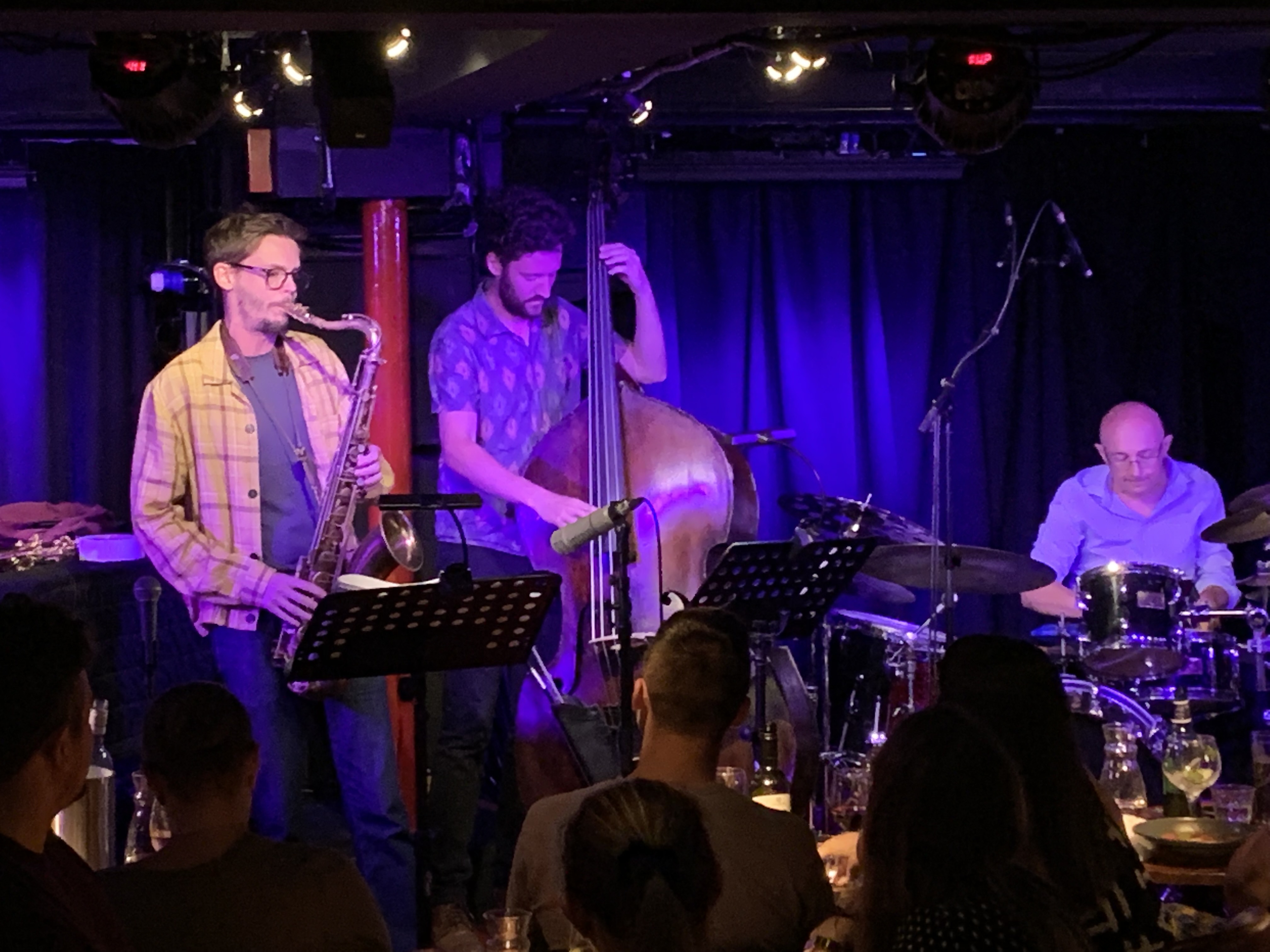 The launch of the album “Anniversary Song” by Partikel (Berthold Records) inevitably makes you think about how far this group has come in the more than a decade since its debut. He made his musical career growing up as a house band for jam sessions in the back room of the Gray Horse in Kingston. Today, the three members have a total experience and professionalism that allow everyone to stand out in much larger settings.

This is obviously the case for Max Lubert. The bassist, who is also a producer, is either booked or as a back-up for the bands of many stars of London’s new jazz scene and a key role in a major 2021 LJF project by Bill Laurence (REVU). Drummer Eric Ford‘s adaptability and sensitivity to sound allow him to go super-deep in some fairly high-profile swing bands, as well as other gigs across a broad stylistic spectrum. And Duncan EaglesHis fluidity as an improviser and his soft but focused and very attractive sound are ideal for any type of solo or section work.

The newly renovated Pizza Express Jazz Club hosted this intimate occasion. Family, friends and supporters clinked glasses to celebrate the longevity of a band that has survived all this time “without killing each other”, as Duncan Eagles put it with typical honesty.

A track that perhaps best encapsulates Partikel’s virtues is “Riad” from the new album. The story behind this is that the music depicts the contrast between the mad bustle of Marrakech’s markets and the calm of the adjacent quiet lanes. So what we mean are moments of contemplation versus all-consuming energy. Partikel does that as well as any other band I know. I wondered if Eric Ford was channeling Jack DeJohnette on his 80’se anniversary as he embarked on the “market” episodes in full texture. I closed my eyes…and the Chicago-born maestro was really in the room.