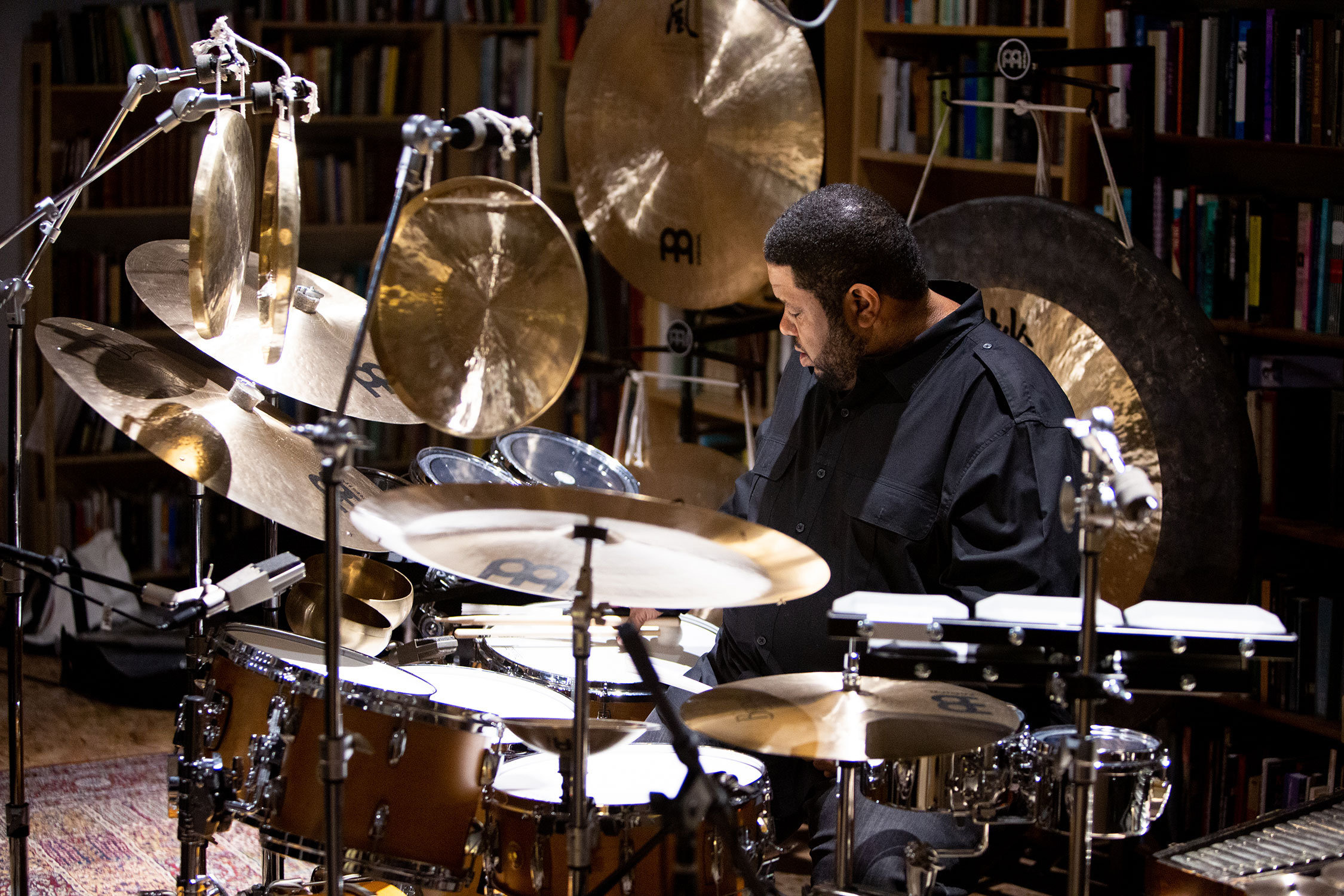 Acclaimed percussionist, bandleader and composer Tyshawn Sorey likes to move and flow with music, but he is also precise and logical in his approach to composition.

Spontaneity and technical mastery have been part of Sorey’s musical process since childhood. He remembers practicing orchestral excerpts until they were perfect, but then he started experimenting. He would see what would happen if he played the notes backwards or skipped a bar, constantly playing with the music. “It was always about questioning everything in front of me and how to respond to it,” Sorey said.

Sorey will bring this lifelong love for spontaneity and experimentation to Spoleto Festival USA for three events:

It’s not often there’s a crossover between classical and jazz, and Sorey will be the first to perform in both programs in Spoleto this year, said resident bandleader and activities director John Kennedy. orchestral at the Spoleto Festival USA.

“I think it speaks to the fact that the silos we’ve lived in for many decades and the labels we put on music are inadequate now,” Kennedy said.

Sorey said he was always able to naturally transition between jazz and classical music. He sees the two genres as a dialogue, able to take aspects of each and apply them to the other. For example, the spontaneity of jazz is something Sorey applies in his orchestral music. In “Autoschediasms”, he developed a language allowing musicians to create music in the moment.

“Autoschediasms” literally means something that is improvised, Sorey said. He described it as a language that “is a lexicon using visual and gestural cues”.

There are three components in signals. The first is the gesture, when Sorey gives the orchestra specific actions through his direction. The second is autonomy, which means that musicians are given numerical cues and each number represents a different cue that the musician can play at their leisure without Sorey directing them. The third category is via a whiteboard. Sorey said this method can indicate an action of the whole, a subset, or an individual. All of these cues are given at any time throughout a performance to create a composition.

Spontaneous, but not free for all

“What I often say about this is that no artist group should ever take this for granted,” Sorey said. “Because in the end, what we create is a composition. And everyone is responsible for how the composition comes out. Ultimately, it’s not necessarily free-for-all at all. In fact, it is a situation full of rules. But once you understand those rules, then you can break those rules.

Kennedy described Sorey’s notation as a reflection of his sensitivity regarding the elasticity of time and its relationship to pitch and rhythm.

“It’s like it’s a world apart and there’s the spontaneous music that he does, like with his trio and in the format that might typically be called jazz,” Kennedy said. “But there’s also this compositional side of him for the orchestral program that we do in which his music is notated with extreme precision.”

With his jazz trio, Sorey, Diehl and Brewer will take up classics from the American songbook and recompose them. Sorey compared it to sampling music. Some of the songs on the album include “Detour Ahead”, a standard popularized by pianist Bill Evans and “Autumn Leaves” by Joseph Kosma.

“I’ve always been one to react to things that already exist,” Sorey said. “It’s kind of the tradition where this music comes from, what we call jazz in particular. It’s like how do you react to something that’s already been done? »

The set is made up of tracks that will appear on the trio’s next album. Mesmerism. It will include tracks like “REM Blues” by Duke Ellington, “Enchantment” by Horace Silver, “From Time to Time” by Paul Motian and more. Sorey had been playing with Brewer for over 20 years in various settings. Diehl was someone he had recently come into contact with when they performed at the bandstand together in 2021. The three came together to create a spontaneous and fresh album that was not fixed on any idea. They just played with minimal reps to see what would happen.

Sorey said his goal was to challenge the audience. He wants them to enter without expectation and prepare to be surprised.

Kennedy said Sorey’s programs and body of work complement the Spoleto program very well. It is the deliberate intention of the festival, he said, to shine a light on the musical visionaries of black American musical traditions who will all gather in Charleston for a brief moment.

“Everything I do now is basically an extension of the joy I feel creating something in the moment,” Sorey said. “[It’s something] what i can say is mine and the feeling that it’s something i’m very proud of and something that reflects who i am.

Riley Utley is a graduate student in the Goldring Arts Journalism and Communications program at Syracuse University.

city ​​paper has been bringing the best news, food, arts, music and event coverage to the Holy City since 1997. Support our ongoing efforts to showcase the best of Charleston with a one-time donation or become a City Paper member Club.

Ethereum is looking for the last step down