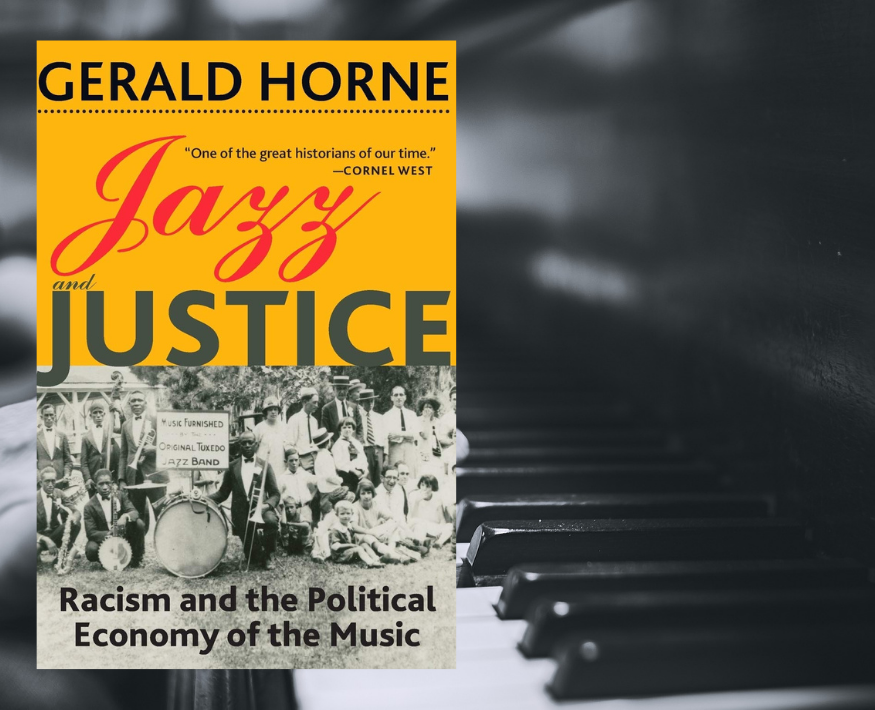 Jazz is typically American music. It can rightly be said that it was born out of the sweat and blood of African Americans when they merged the traditions they brought from their homelands with the musical styles they encountered.

Its history contains within it all the contradictions of American society.

Perhaps the word “contradictions” is too sweet a word. What Gerald Horne tells here is a poignant story of racism and criminal violence that spans from the origins of jazz to the present day.

This book is based on oral history. Horne draws heavily from an astonishing number of musician biographies and newspaper interviews for his source material.

Musicians tell their own stories and, like a regular repeating drumbeat, the story is one of racism and injustice.

Jazz first appeared in New Orleans during the Spanish-American War era. Demobilized musicians from the US military hung up their military horns and trumpets which black musicians bought cheaply, tailoring them for their own purposes.

What was the social position of blacks in the South at the time? The experience of Jazz bassist Milt Hinton, born in Mississippi in 1910, sums it up pretty well.

Horne quotes him recalling a lynching he witnessed as a child: “There was a bonfire and fifty or sixty men were drinking from pitchers of whiskey, dancing, cursing and looking up to a tree above. their head. And in that tree, I saw a silhouette in the form of a person hanging from a long wire rope tied to a branchâ€¦ it was covered in bloodâ€¦ a couple of men [were] by dragging a can of gasoline and placing it under the suspended body. Then someone threw a torch at the box and the place lit up like it was daylightâ€¦ I will never forget this fire and I saw this body shrivel up like a piece of bacon while the crowd applauded.

Not only did black musicians have to contend with violent racism, but those who were starting to achieve professional success came up against what is a recurring theme of this book – the criminal-industrial complex that is the American entertainment industry. Put simply, the mobsters are at the heart of it.

Singer Lena Horne, referring to one of the most famous jazz cabarets in history, said: “No one was allowed to quit a job at the Cotton Club.” The gangsters beat her father when he tried to negotiate a higher salary for her.

Essentially, black musicians were treated like plantation workers. Like their slave ancestors, they had to work very hard to survive.

When the alcohol ban in the United States ended, crowds turned to heroin trafficking, which proved to be a means of effectively enslaving musicians.

It should be noted that the now common expression “gig work” originated in the world of jazz. The almost endless list of black jazz musicians who have died prematurely bears witness to the strain that the concert economy has imposed on them.

Heroin was a practical and lucrative means offered by the gangsters to cope with the endless concerts and rehearsals. There were record companies that paid musicians in heroin.

The unions were of little use. They were separated, and white musicians’ unions maintained a strict color bar in some clubs. In addition, many unions were run by mafiosi.

Horne’s book opens our eyes to the utter depravity of the American entertainment industry and raises questions about the extent to which crime permeates American capitalism.