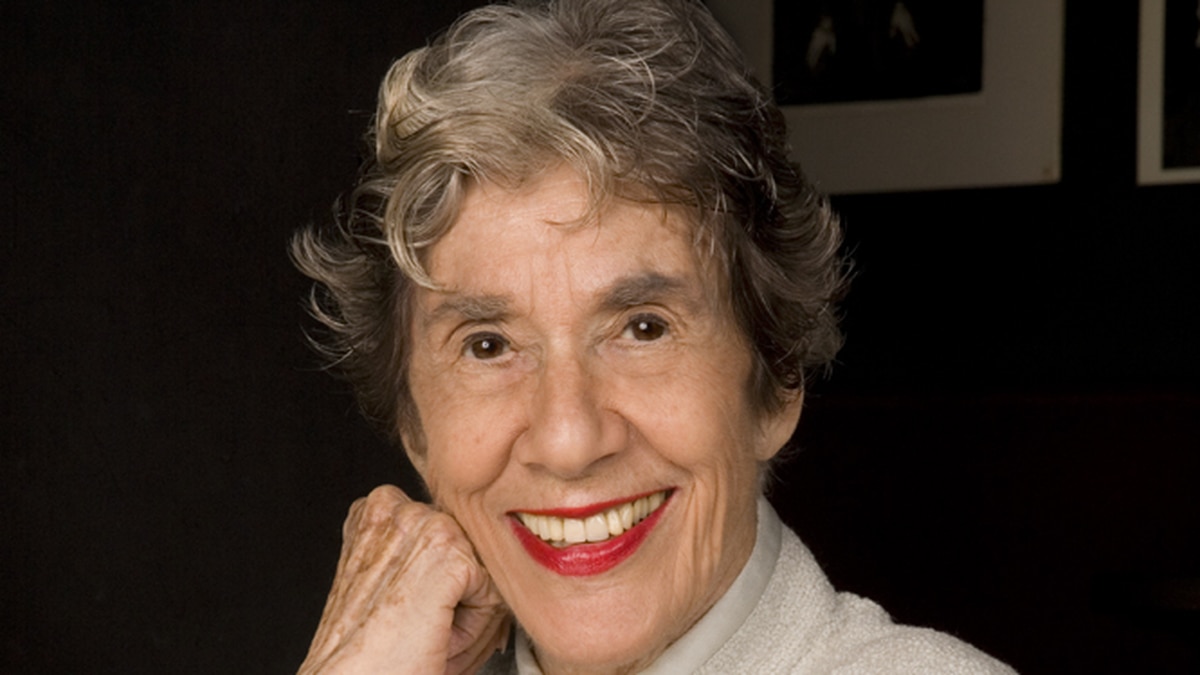 Remembering Lorraine Gordon, the backbone of the greatest jazz club in the world

The Branford Marsalis Quartet had been raging at the Village Vanguard for over an hour — in complete exhaustion mode, practically making the pictures on the walls shake — when its leader unexpectedly shifted into a milder mode. Channeling her best Ben Webster chirping on tenor saxophone, Branford closed the set with a songbook ballad, “Sweet Lorraine.” For those in the room who recognized its cheerful melody, the implied dedication rang clear.

“It was for Lorraine Gordon,” Marsalis said afterwards, erasing any doubt. He laughs. “She doesn’t like all the other stuff we’ve played, so we wanted to do one that she would like.”

To the best of my recollection – it was over 13 years ago now – Gordon sent back a response from his usual table near the entrance to the club. “It was beautiful!” she said, the rattle of her voice cutting off the applause. “You should do more like this!” The line was both heartfelt and a little ironic: a note of appreciation in the form of a quip.

Gordon, who died Saturday at age 95, was for many years the Vanguard’s go-to installation, as iconic as the red awning that spans the Seventh Avenue sidewalk. “Sweet Lorraine” was in some ways a mismatch; his temper, like his taste in cocktails, was generally strong and dry.

Sharp in her judgments and firm in her resolve, Gordon was a boss who didn’t tolerate any arguments – not musicians and certainly not patrons of the club, especially those who weren’t right. The Vanguard is a quirky room, and Gordon guarded those quirks like the rector of a parish.

“Jazz may never have had a more dedicated protector,” Christian McBride noted on social media shortly after receiving the news. He added: “Believe me, even as she transitions, when the clock strikes 8:30 p.m., every musician playing the Vanguard will hear, ‘Get up there!! Let’s go!! What are you waiting for!? !?’ “

A no-nonsense enforcer, she not only watched the start of a first set, but kept a close eye on its end, making sure there was plenty of time to clean the house and usher in everyone lined up inside. outside.

Sometimes she’d notice something wrong during the show — like a patron trying to take a picture or heading to the wrong bathroom — and bark a warning. On occasion, this would amusingly result in Gordon being smothered in his own club. I once saw her kick out a disorderly celebrity, who spat indignant protests all the way to the door and up the stairs.

These gruff expressions were, as McBride suggests, by-products of Gordon’s fierce commitment to music. His choice of word, “protective”, seems quite appropriate. She was a guardian and protector – of jazz, of jazz musicians and of the club. Not always in that exact order, of course, but the three were always intertwined. She really loved music, practically lived for it. The chance to sit at that table night after night was the ultimate joy, she once told me, making it seem less like a job than a calling.

Like most of my fellow critics in New York, I have a good slew of Lorraine stories. Like some, I prided myself on winning his confidence and his mocking affection. As soon as I did, I started asking her questions – about Max Gordon, her second husband, who founded the Vanguard; in regards to John Coltrane, who created some of my favorite music there; And about Monk Thelonieux, which she championed at the dawn of her recording career, when she was married to Alfred Lion of Blue Note Records. (She was the one who persuaded Max to put Thelonious on the Vanguard. “It was empty!” she would say. “No one came! None of the so-called critics.”)

During the years I’ve been critiquing live music, I’d often walk into the Vanguard and prick my ears – about how I missed the most amazing band the other night, or of how I should have waited to hear a second set. I liked these conversations devoid of subtleties but governed by enthusiasms, with a playfully barbed respect. What really stuck with me were the times I wrote a mixed or difficult assessment of someone in the club – and Gordon later confided that she agreed. Of course, she also let me know when she didn’t.

She had her favorites. Paul Motien, obviously. A drummer who marked the history of the club in 1961 – as part of the Bill Evans Trioplaying the matinee that would give the immortal album Sunday at Village Vanguard – Motian later became a mainstay and even something of a mascot, largely due to his deep friendship with Gordon.

Countless other jazz artists, across several generations, have cultivated their own connections with Lorraine through the club. Guitarist Jim Room once joked from the Vanguard stage that “I’ve been arguing with Lorraine Gordon for 80 years.” He was 74 when he said it.

Great pianists have always been appreciated. She loved Cecile Taylor as well as Tommy Flanaganand she adored the French modernist Martial Solal, whose long-awaited debut came the week after 9/11. (After her first set, Gordon took the stage, visibly moved, and sincerely thanked the audience for being there. She added that there would be no cover for anyone who stayed for a second set.)

One night in 2002, I heard the Kurt Rosenwinkel Quartet at the Vanguard and bumped into Gordon during the break. “Have you heard this pianist? she asked, her eyes shining. “Ethan Iverson. I think he’s wonderful. I’ll get him.” Shortly after, Iverson made his Vanguard debut as a co-frontman, along with his partners in The Bad Plus. More than a few other bookings were born out of an epiphany like this: Lorraine being struck by a sound.

I wrote about such a moment in 2006, for a report in The New York Times. Fred Hersch, a longtime Vanguard stalwart, had recently played a solo piano night there purely by accident — he ended up without a bassist for the gig. “Among those who were captivated by her performance,” I noted, “was Lorraine Gordon, who has led the Vanguard with brisk (some would say brusque) efficiency since the death of her husband, Max Gordon, the founder of the club, in 1989.”

The next time I walked into the Vanguard, a postcard was waiting for me.

Expressing his gracious appreciation of the article, Gordon took issue with one word, “blunt.” Puckishly, she added, “Who are the ‘some would say’?? Just wait!!”

Jed Eisenman, the Vanguard’s longtime manager, tells me she was last there on May 23. It was the second night of an engagement by Guillermo Klein and Los Guachosa group made up of three historic tenor saxophonists in the club: Mark Turner, Bill McHenry and Chris Cheek. (Klein, the brilliant pianist and composer-arranger, has some Vanguard history himself.)

About a month earlier, in mid-April, bassist Linda May Han Oh appeared at the club with the ace ensemble from her recent album. walk against the wind. I sat next to Lorraine and we caught up with each other before and after the set, each of us cracking jokes at our own expense.

As Oh walked by on her way to Vanguard’s office, Lorraine showered her with praise, which seemed genuine and touching. That was the last time I saw Lorraine Gordon, and now I’m extremely grateful.

The club will continue, which is not nothing. Lorraine continued after Max’s death in 1989; now his daughter Deborah Gordon, along with Eisenman and others, carries him forward. At the Vanguard on Saturday night, bassist Scott Colley took a moment at the top of his set to note the sad news. “I know she’d be so mad at me if I said anything about it,” he joked, according to my friend and colleague David R. Adler, who was in the audience.

Writing on Facebook, Adler reports that Colley “began playing a breathtaking trio with Mark Turner and Kenny Wollesen, bringing in Donny McCaslin at second tenor for a ‘Sweet Lorraine'”

Rest in power, Lorraine. Take some satisfaction in knowing that many of us will never be able to step into the Vanguard without thinking of you. Know also that the music will continue to bounce off these walls, taking on new shapes and dimensions that might even surprise you. Hold on!!

Precise Biometrics: Proposal by Maida Vale Capital AB on (I) the consolidation of the shares of company 1 10 and (II) the amendment of the articles of association