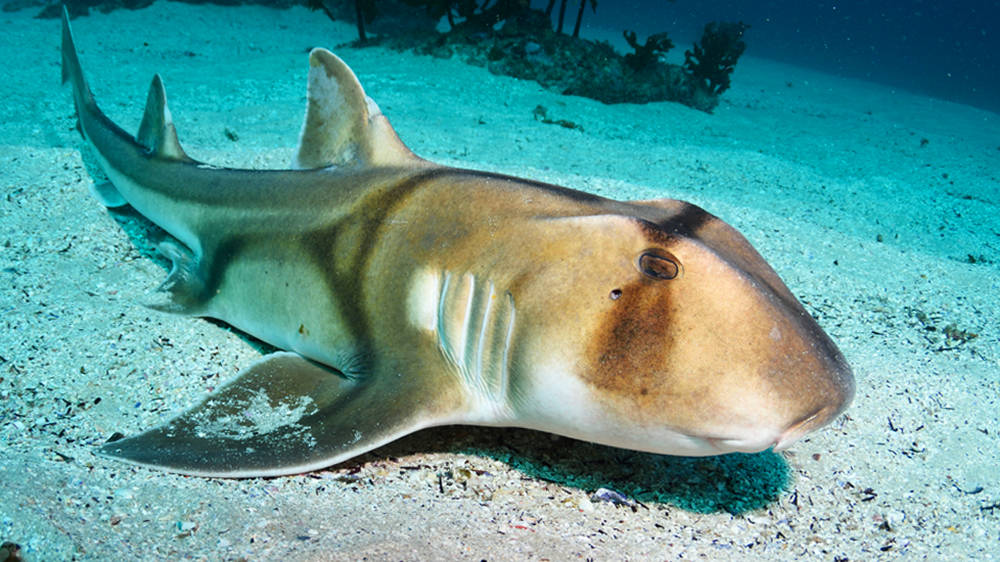 Study finds that the “steady beat” of jazz is appealing to finned species … when there’s a delicious snack involved.

Scientists say sharks may have a musical preference, and it’s not for classical music.

A study has found that a species of fin predator, the Port Jackson shark, enjoys the sound of jazz – when there is food to offer.

Sharks, like most fish, depend on sound waves underwater to locate food and hiding places, and to communicate with other creatures.

Researchers at the Fish Lab at Macquarie University in Australia hypothesized that sharks might be able to recognize musical stimuli, when paired with an edible reward.

To test the theory, the researchers played jazz music at one end of a tank and taught eight young sharks to swim to a feeding station for a tasty reward.

This was the whole task of the creatures, who were unable to differentiate between musical genres when classical music was also introduced to the task.

“Right off the bat, I would probably assume that jazz music had a smoother beat which would be more of what sharks are used to being attracted to,” said Phillip Lobel, professor of biology at Boston University.

Although sharks struggled to pinpoint the difference between musical genres, the study could still offer insight into the shark’s learning abilities – several species of which are smarter than the average fish.

Experts are particularly keen to dispel the negative perception of sharks as â€œkilling machines that hunt humansâ€.

â€œUnderstanding this better will help develop a positive public opinion about sharks and may change public and political will in favor of their conservation,â€ Lobel said.