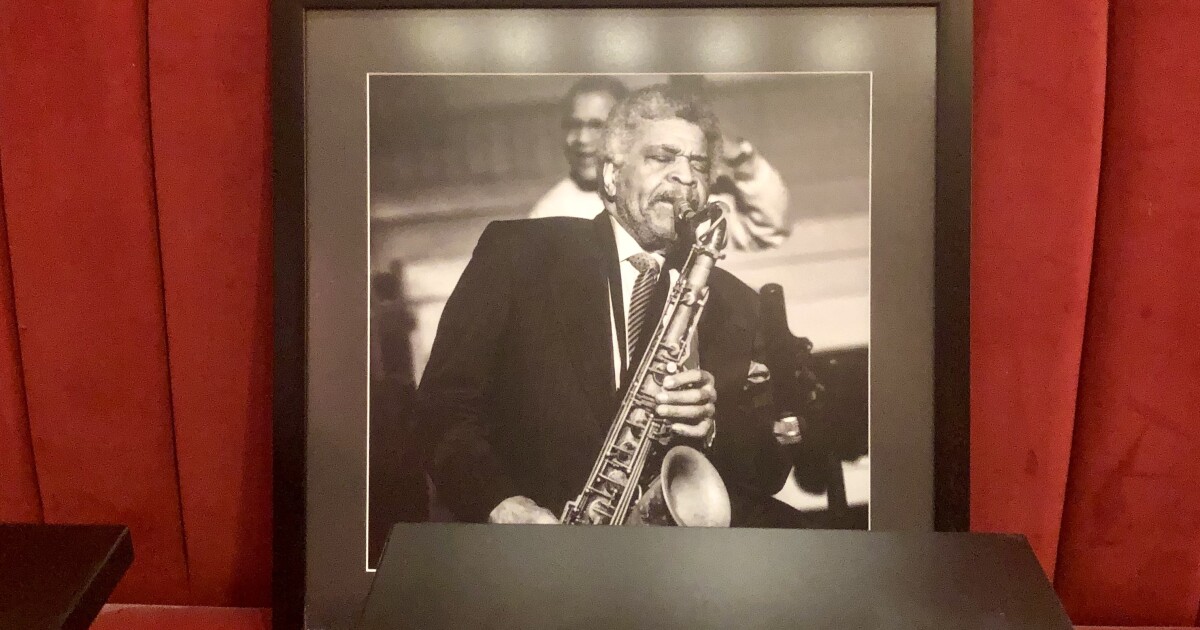 The last time musicians performed for an audience inside the Smoke Jazz Club on Broadway on 106th Street was in mid-March 2020. Kevin Hays was on piano, Ron Carter on bass and Al Foster on drums. “At the time,” says Smoke founder Paul Stache, “it was clear there was a pretty serious virus circling around the world. And looking at the band – Ron is over 80, Al is almost 80 – we were all holding our breath. But we spent the weekend and luckily no one got sick.

Then New York went into lockdown and places in the city went dark. Every day, as the weeks turned into months, Stache would go check out the club, where Carter’s bass amp and Foster’s drums and cymbals were still on stage. “It was eerily quiet,” he recalled. “And I kept thinking, I wonder if this was the last show we were going to do here?”

Today we can officially perish the thought, as the Smoke Jazz Club announces its grand reopening. The club will host NEA Jazz Master and tenor saxophonist George Coleman with his quartet, as well as guest guitarist Peter Bernstein, from Thursday July 21 to Sunday July 24. (Buy your tickets here.)

More than a return to form, the engagement will serve as an unveiling for Smoke’s substantial and long-awaited renovation. One afternoon last week, Stache and Molly Sparrow Johnson — the club’s husband and wife co-owners — sat at a table not far from the stage, which is nearly 40 square feet larger than before. The room itself, with its exposed brick walls and pressed tin ceiling, seemed noticeably more spacious; a long banquette replaced the former bar, which now resides in a separate, adjacent lounge. The number of seats has almost doubled.

“The goal initially was to create a room that was a bit more pandemic-proof,” Stache said. “Where the stage is large enough for a trio or quartet to play without literally being neck and neck, in a room set up so that tables can be divided and capacity reduced, if necessary. With a larger kitchen where our staff can work safely, and a ventilation system that brings in and circulates fresh air.

During my visit, the contractors had their hands full on what is still an active site; most of the surfaces of the future living room were covered with a layer of construction dust. But the improvements to the venue — that larger stage, stand-alone bar, relocated bathroom and kitchen access, vastly expanded kitchen itself — were obvious to someone who was a customer. since the beginning, 23 years ago. That it took the stress test of a pandemic to put these improvements in place is, as they say, just one of those things.

When Smoke Jazz & Supper Club opened on April 9, 1999, it was seen as a welcome new addition to the New York jazz ecology – but also as a sequel. For more than 20 years, beginning in the mid-1970s, the venue was known as Augie’s Jazz Bar, an adorably scruffy neighborhood eatery. (Bernstein was among the musicians who cut their teeth there.)
Stache, who grew up in Berlin, Germany, stumbled across the place on the first night of a visit to New York in 1992 and never got over it. “Junior Cook and Cecil Payne were here,” he says, “and I can’t think of a more special introduction to New York. The place was packed and there was a thick layer of smoke hanging about eight feet in the middle of the room. The music was just amazing.

He harassed Augie’s namesake owner Augusto Cuartas for any job he could get, starting as a dishwasher and eventually becoming a bartender before moving on. When Augie suddenly closed in 1998, Stache approached the landlord and arranged to pay back the rent by taking over the lease. Smoke has made its mark as a decidedly more grown-up successor to Augie’s, while maintaining the scale of the venue. Its opening act was the George Coleman Quartet, with Harold Mabern.

As Stache recalls, Coleman also reopened the club after the World Trade Center attacks of September 11, 2001 — one of the few major disruptive events that Smoke has weathered over the years. Our COVID era is unique for a number of reasons, of course. One being the fact that it happened so abruptly and one-sidedly, at least in New York, and was so choppy and uneven in its recovery.

Like some other top jazz clubs, Smoke turned to video during the pandemic: you might remember the Smoke Screens stream, featuring bands (scrupulously masked, then masked and vaxxed) playing for the cameras in an empty room. Some of them have produced lasting documents; Orrin Evans released an album for affiliate label Smoke Sessions, The magic of today, out of a live concert. Hays became one of his livestreams, featuring bassist Ben Street and drummer Billy Hart, in a Smoke Sessions version called All things are. (I wrote the liner notes.)

For a time in the summer of 2020, Smoke also operated as a sidewalk cafe, with groups settling right inside open windows facing Broadway. Around this time, Stache and Johnson sat down with an architect friend to carefully assess the club’s floor plan and dimensions, in light of the social distancing guidelines that had been issued. “We came to the conclusion that 14 people could be in this room,” Johnson said. “And we just had this moment where we realize it’s not going to work. And I don’t know if it will work again. That’s when it became very clear that these two neighboring spaces should be part of Smoke. There was no other way to survive here in this space otherwise.

These two spaces next door used to be a law firm and a dry cleaner, but both had been vacant for years – long before COVID. Smoke’s landlord had previously welcomed the idea of ​​having Stache and Johnson take over the lease. Now, after a period of pandemic leniency with rent, that expansion finally made some burning sense.

“Over the years in this small space, we always had the idea that maybe we should be bigger – but that was one of the things we sort of dreamed about: maybe it’s a good idea, maybe it’s not,” says Stache. “When the pandemic came, it kind of became a necessity. It wasn’t really a choice anymore.”

Jazz clubs have struggled, as have jazz musicians, due to pandemic pressures. Some, like the Jazz Standard at the end of 2020 and 55 Bar last month, have closed for the foreseeable future. Smoke’s return is therefore good news for the New York scene, especially for fans of mainstream modern jazz swing. Its renewed shape represents good news of a different kind.

The old Smoke had a few quirks that added character but detracted from a listening experience. A support post, for example, which bisected part of the stage – now located more to the side. The bathroom is no longer next to the stage, which means no one will disturb a bass solo, or a ballad, with the sound of a toilet flushing. The swinging kitchen door, with its banging sound and flood of light, is also a thing of the past.

“I’m really thrilled to have a designated listening room,” says Johnson, “built to spec for optimal sound, with an all-new audio system from Meyer.”

The living room next door is another substantial upgrade. “It will be an inviting way to welcome people,” adds Johnson. “Like, ‘Come in and have a drink while you wait,’ instead of ‘Please stand under the scaffolding while you wait.’ And there’s always been people in the neighborhood who say, “I love your space. I just want to come in and have a drink. And I love that we can do that now; we can accommodate these people. at the end of the day, it’s about welcoming people and making our customers happy.

Getting there took a lot longer than Team Smoke had anticipated. At the height of the pandemic, demolition permits came easily; building permits, not so much. What usually took a few weeks ended up taking four or five months. Thus, the club was stripped down to the posts, unsuitable even for a livestream, and caught in limbo.

“Then somehow the building permit was obtained, and we found ourselves in a situation where all the contractors we had lined up were obviously on other sites,” says Stache. “So we had to start from scratch. And then the steel supply was a problem. So it was a combination of supply chain issues and a municipal bureaucracy that wasn’t really moving.

Now that the reopening is fast approaching, Smoke is preparing to pick up the pace. After Coleman, it will feature the Bobby Watson Quartet (July 28-31); Louis Hayes & The Cannonball Legacy Band (August 4-7); Mary Stallings (August 11-14); and the Mike LeDonne Sextet (August 18-21).

The club’s usual anniversary tribute to Charlie Parker will be led by Rudresh Mahanthappa, with his trio (August 25-28). Next are the Al Foster Quintet, in a celebration of the Smoke Sessions album release (September 1-4); the Eddie Henderson Quintet (September 8-11); the Vijay Iyer Trio (September 15-18); and the collective One For All (September 22-25).

During this recent visit, a framed portrait of Coleman sat on one of the benches at the club. In this room, it functioned as both a respectful celebration of the past and a tantalizing promise for the future.

For more information on the reopening of Smoke, visit his website.