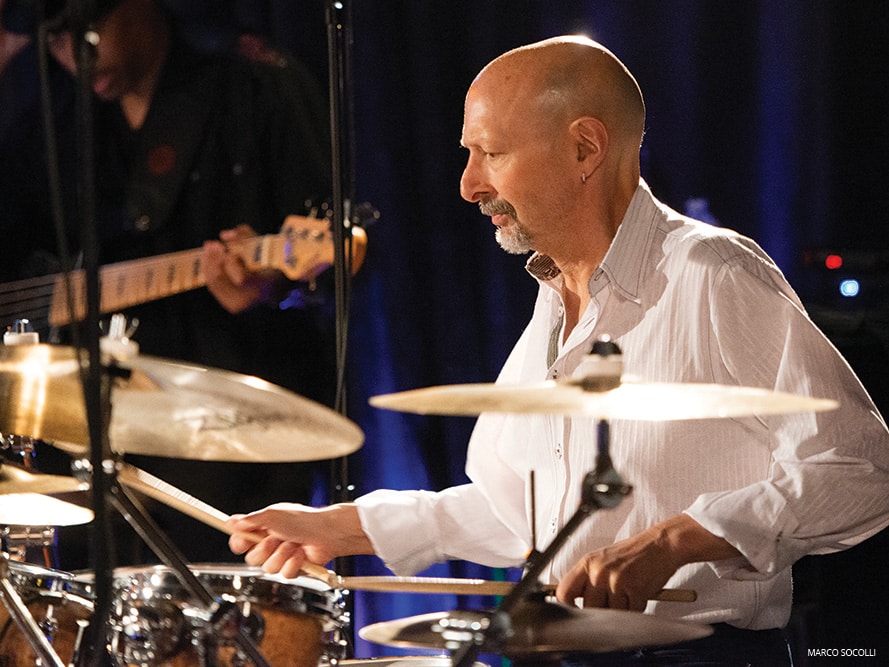 The Bouncing Back with the Bud Trio will perform the music of Bud Powell from September 29 to October 2 to celebrate Bud Powell’s birthday on September 27. Drummer Steve Smith will join pianists Helen Sung (September 29), Manuel Valera (September 30, October 1 and 2) and bassist Lonnie Plaxico to perform music from Bud Powell’s album The scene changes. The album contains some of Powell’s most beloved compositions, such as “Cleopatra’s Dream”, “Duid Deed”, “Danceland”, and “Crossin’ the Channel”. The band will also tackle chopbusters “Un Poco Loco” and “Tempus Fugue-It!”

The Mysterious Quartet, featuring Tim Hagans on trumpet, Steve Cardenas on guitar, Ben Allison on bass and Steve Smith on drums, will perform music by Thelonious Monk on October 7, 8 and 9 at the Birdland Theatre. This line-up of some of the world’s greatest jazz improvisers has a deep knowledge and appreciation of Monk’s compositions. The Misterioso Quartet will bring the music of Monk to 21st century.

The Thelonious Monk tribute line-up called four in one, will perform the music of Thelonious Monk at the Birdland Theater from October 13-16. Four In One will feature Jimmy Greene and Greg Osby on saxes, Paul Bollenback and Mitch Stein on guitars and Steve Smith on drums. This unique line-up will perform singular arrangements – and interpretations – of some of Monk’s best love compositions.

For more details and to book, go to www.birdlandjazz.com