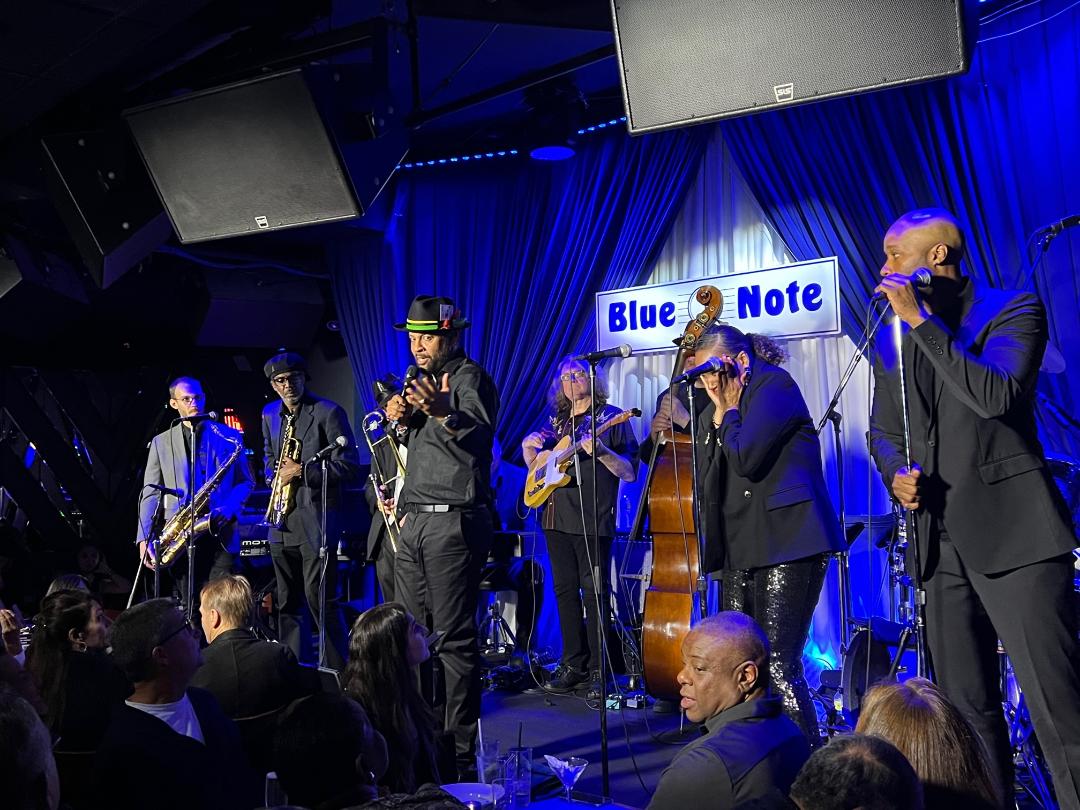 There are still great musical evenings in New York.

Last night, Sting, one of the biggest rock stars on the planet, took over the famous Blue Note jazz club in Greenwich Village. The opportunity? Featuring reggae star pal Shaggy, singing Frank Sinatra songs with a jazz-reggae beat and rich, brassy horns that would bring Memphis musicians to tears.

Sting produced an album he just released: “Com Fly Wid Mi” by Shaggy. While on a break from touring in Oslo, Sting heard Shaggy lazily sing along to a Frank Sinatra CD and had the idea to produce an entire album. It sounds crazy, but it works. As Sting told the packed Blue Note crowd last night: “He has the same voice as Sinatra, a tenor baritone, same range as Sinatra. And I had an idea, of the kind where a neon lights up above your head, Shaggy Sings the Sinatra Songbook produced by yours truly.

Some of the album was produced in Jamaica and Miami, but much of it was made at Capitol Studios in Los Angeles, where Sinatra recorded many of his greatest records.

“When you hear this thing, you’ll smile. Shaggy is in his own reggae ecosystem,” Sting said.

And the truth is that Sting is right. Shaggy’s vocals – which most people know from “It Wasn’t Me” – fit these songs perfectly. Plus, Sting’s production wobbles, with those great horns and cards, and a reggae beat reminiscent of The Police accentuated and fleshed out. As Shaggy noted on stage, “Most reggae only has two chords, but these records have at least five.”

He added: “This album was born out of boredom [during the pandemic]. We hate boredom.

On the album and live on stage, Sting – expected to produce more albums for himself and others – gives the singer a place to shine while maintaining his natural rhythms. Thus, on standards ranging from “Witchcraft” to the single “That’s Life” via “”Luck Be a Lady Tonight”, Shaggy brings a whole new dimension to his career. Not all the songs that Sting has chosen are My favorite last night was Shaggy’s rendition of “Angel Eyes”, a deep track from the Sinatra catalog of his famous 1958 album, “Sinatra Sings for Only the Lonely”.

About halfway through the set, Sting was persuaded to take the stage and sing background vocals with Shaggy on “You Make Me Feel So Young”. They even included some cute designs resembling Rat Pack who appeared as Frank and Dean Martin at the Sands around 1960.

The crowd, which included many radio people, Sirius executives, Sting’s shrewd wife, Trudie Styler, and three of his six children. was quite impressed. I think Shaggy was too. He said, “I never expected to do that.” He added: Reggae, you just don’t hear it. You feel it. I’m happy to push the boundaries of reggae.

Pour yourself some gin and tonic. Sit on the desk and the sunset, and listen