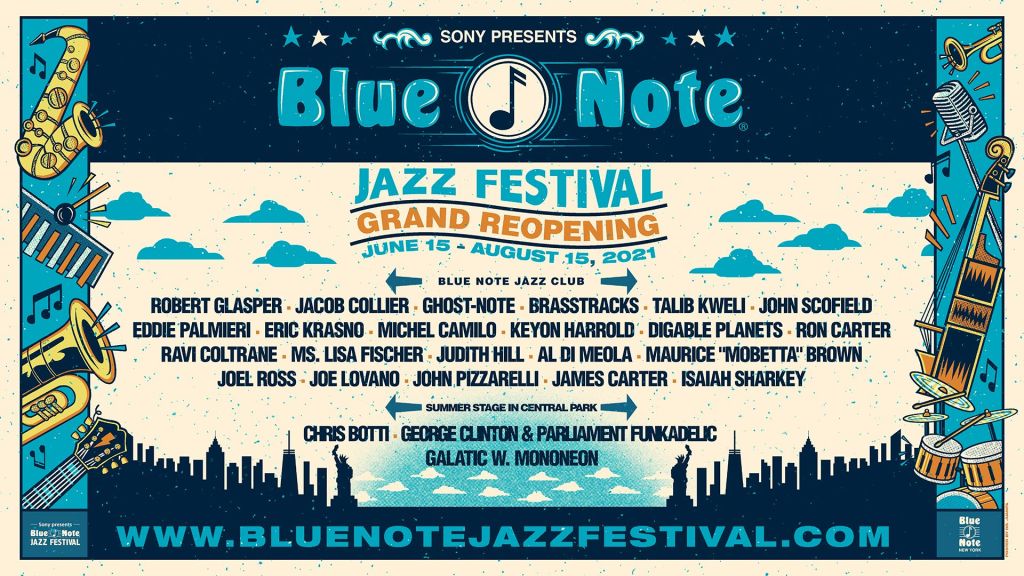 The Blue Note Jazz Club of New York is back in full force this summer, with Ron Carter, George Clinton & Parliament Funkadelic, Robert Glasper, Jacob Collier, Eddie Palmieri, John Scofield and Al Di Meola among the musicians scheduled at Sony Presents. Blue Note Jazz Festival, which will be held this summer from June 15 to August 15.

Performances will take place both inside Greenwich Village’s iconic Blue Note Jazz Club – one of the city’s first music venues to once again welcome audiences – and at Central Park Summerstage. The full schedule appears below; The performances at the Blue Note Jazz Club mark the return of a legendary scene following its closure in March 2020.

â€œThe reopening of Blue Note and the re-establishment of the Festival in 2021 is an important and important step towards restoring New York’s vibrant music community,â€ said Steven Bensusan, president of the Blue Note Entertainment Group. â€œThe reopening will also allow us to celebrate this year the 10th anniversary of our Festival as well as the 40th anniversary of Blue Note New York. “

â€œWe feel immense gratitude and appreciation for the artists performing at Blue Note when we reopen,â€ said Alex Kurland, Blue Note Programming Director, Talent Buyer. â€œThe legacy and legendary quality that the Blue Note represents is the result of the grandeur and magic that artists bring to the stage. We are grateful to return to presenting special and intimate shows at Blue Note with such amazing performers. “

The Blue Note Jazz Club will adhere to reopening guidelines set out by New York City, New York State, and the Center for Disease Control (CDC).

Tickets can be purchased at www.bluenotejazzfestival.com.