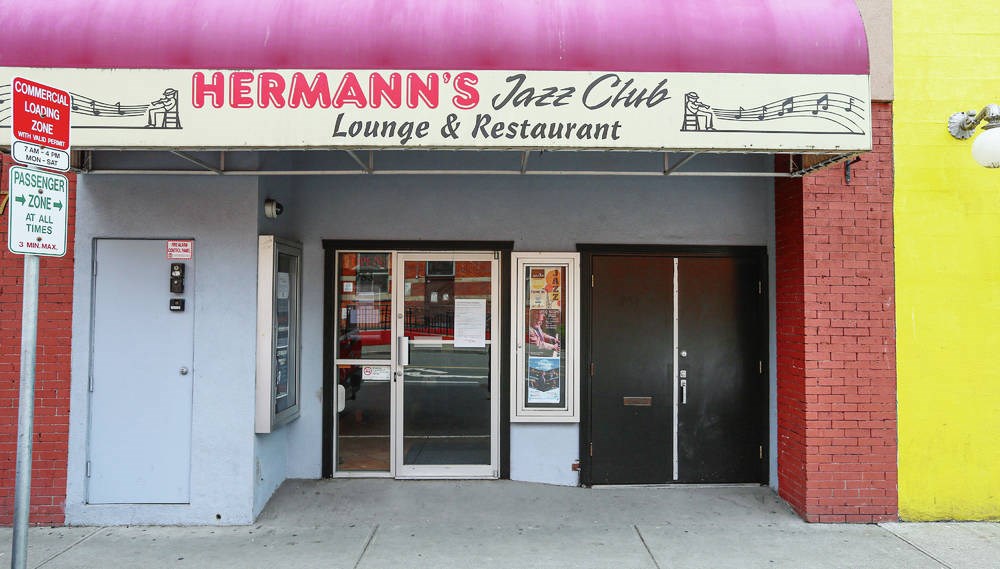 ON STAGE What: Well done at 40 – Hermann’s birthday celebration Where: hermannsjazz.com When: Friday, April 30, 7 p.m. Tickets: By donation The building at 753 View Street doesn’t offer much in terms of external appeal.

What: Well done at 40 – Hermann’s birthday celebration
Where: hermannsjazz.com
When: Friday April 30, 7 p.m.
Tickets: By donation

The building at 753 View Street does not offer much in terms of exterior appeal.

But behind the indescribable glass doors lives the country’s oldest jazz club – a club that has survived a devastating fire, ownership changes and the death of its beloved founder in four decades of operation. .

Even COVID-19 couldn’t bring down the venerable hall. Hermann’s Jazz Club has remained active during the pandemic, having switched to a daily live broadcast format last year. The venue has hosted 320 free concerts and raised over $ 100,000 in donations for musicians who have performed there over the past 12 months, far surpassing other clubs in the city in the same socially distant time frame.

Another livestream scheduled for Friday will celebrate 40 years of activity under the banner of Hermann’s Jazz Club. The club are also releasing their very first compilation CD. Cheers to 40 Years features a number of well-known local musicians who have been synonymous with Hermann’s since its inception, including Toni Blodgett, Tom Vickery, Don Leppard and Al Pease.

The compilation includes archival recordings dating back to Hermann’s beginnings by Dixieland Express and CanUS, as well as newly recorded music by Blodgett, Pease and Russ Botten, among others.

â€œEveryone on this album was among the first bands to perform at Hermann’s,â€ said Ashley Wey, the club’s reservations manager. â€œWe pay tribute to the founding musicians of the club. The whole point is to show that they are still efficient. Lloyd Arntzen is 93, Al Pease is 82, Toni [Blodgett] 82 years old, Tom Vickery is 83 years old. It’s something to celebrate.

Blodgett was a member of the Al Pease trio in 1981 when founder Hermann Nieweler first booked them at his former Bastion Inn on Government Street, where the Bedford Regency Hotel is now located. It was February 25, 1981, the day the 40 years of jazz celebrated this weekend began.

Hermann’s Jazz Club didn’t see the light of day in its current form until 1986, when Nieweler bought the building on View Street and moved his music operation there.

Blodgett, who has performed regularly at Hermann’s throughout her existence, knew she was in a fortuitous position when Nieweler hired her early on, along with her band mates.

â€œThe musicians we met on our tour of the United States, their jaws dropped when we told them we had a dedicated jazz club in Victoria,â€ said Blodgett. â€œMost of them had to form some sort of society and get a legion or a hall to meet once a month. But we worked in a club and got paid. They thought it was just remarkable.

The dedication of Nieweler, who died at the age of 79 in 2015, was legendary. He often made decisions that made sense to him, even if they didn’t make financial sense. His passion for music has been a blessing to those on stage and in the audience, said Blodgett. “He was there for love and not for the income statement.”

Damage from a devastating fire in 2000 that started upstairs closed Hermann’s for almost a year, and the club required extensive renovations to reopen. Nieweler didn’t hesitate to spend money on repairs, out of respect for what the place had come to represent. He was never going to let something as simple as a fire shut the club down, Blodgett said.

â€œThere is a term the Germans use to describe themselves,â€ Hermann always told me. I don’t remember what it was, but it was about their stubbornness. He was aware of this aspect of his personality. He was a guy who hung on where a lot of people wouldn’t.

The collegial atmosphere has always been the hallmark of the club. While some notables have performed his little scene in the past – Wynton Marsalis, Kenny Wheeler, Renee Rosnes, Loudon Wainwright III, Brian Auger, Judy Collins, Eric Bibb, David Francey and Rob McConnell including – there is also a huge community. unofficial. shareholders who support the small, low-ceilinged room as if it were their own.

It was the work of Nieweler, who could often be found drinking schnapps with club patrons, even though he lived in Vancouver. He brought the infamous sofa to the room for an elderly couple with mobility issues and once presented an extra-large ashtray – when smoking was allowed inside – to a regular who smoked inside. chain.

“He was a special person, there is no doubt about it,” said his son Stephan Nieweler, owner of the building that houses Hermann’s with his siblings, Edward Nieweler and Ingrid Reid.

â€œBut in recent years, there have been a number of people who have had to step in to make this happen sometimes, through different challenges. It is no longer just one person, as it used to be.

The club struggled early on without Nieweler at the helm. Nieweler’s children attempted to make it work before ceding operational control to the Arts On View Society, a nonprofit community group made up of longtime Hermann supporters. Fittingly, the company raised $ 75,000 through a series of â€œSave Hermann’sâ€ fundraising concerts to pay the deposit on the lease.

Over $ 90,000 was raised through various means, with the understanding that the club would be run by Hermann’s fans, for Hermann’s fans. The company has been for sale since October 2019, but the five-year lease agreement signed with the Nieweler estate before the building was put on the market will keep Hermann’s alive until at least 2024.

His father would be happy to see that he was still open and still flourishing, Nieweler said.

â€œHe had a very strong will. He was one of those rare people who would do almost anything to get something right. All he wanted was to create a cozy local music room where young and old musicians, and jazz fans, could meet, share their passion and have a good time. He didn’t know how unique it would be for such a place to last 40 years.

At a glance: Sweet Jazz Music Series, Farmer’s Market and more around Sewickley