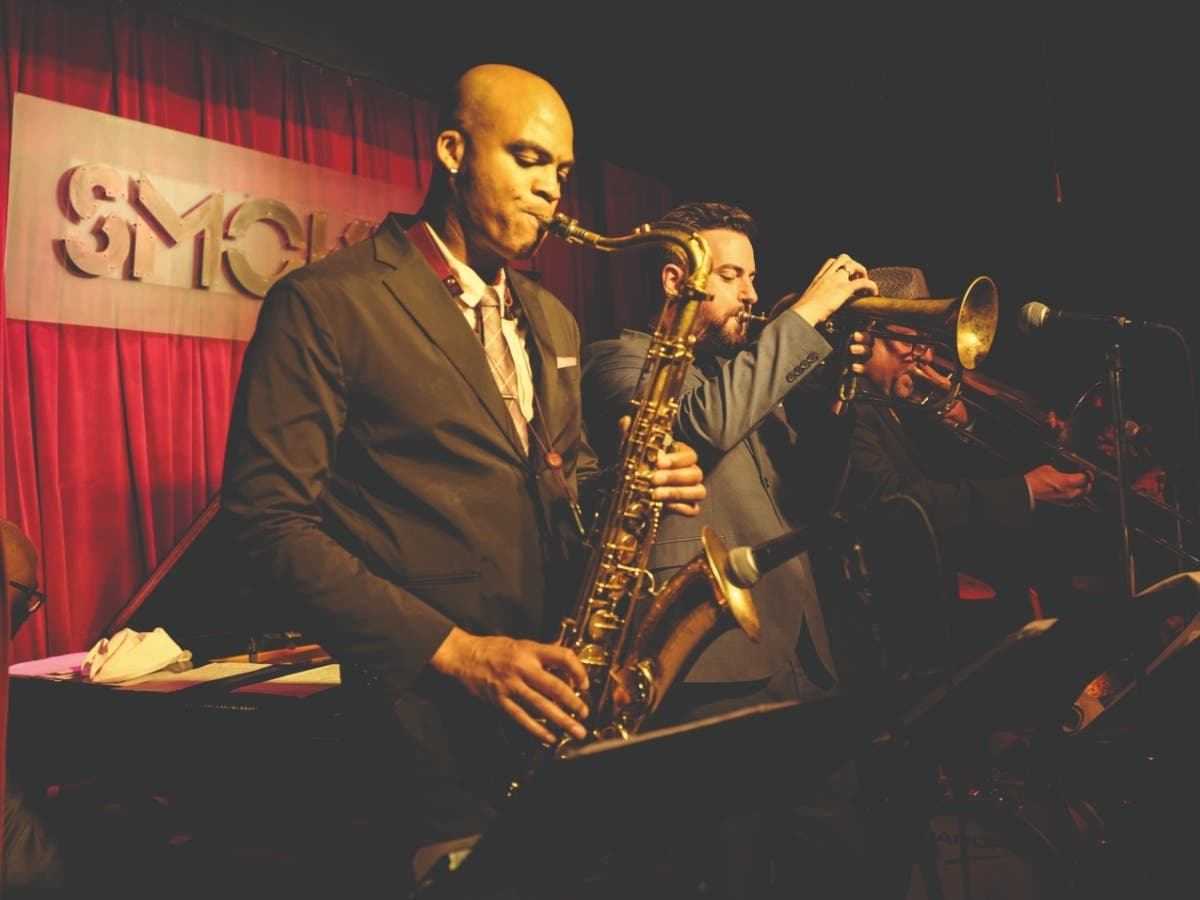 UWS Smoke Jazz Club to reopen after summer with expansion

UPPER WEST SIDE, NY – Call it another high score for the live music and jazz scene of New York City.

The Smoke Jazz & Supper Club announced on Wednesday that the concert hall and restaurant will join Village Vanguard, Blue Note, Small’s and Birdland to reopen its doors to jazz lovers, connoisseurs and enthusiasts – and with expansions planned to their nook on Broadway and West 106th.

â€œIt has been a crazy year for all of us and while the pandemic is not quite over yet, we are excited to plan for the next phase,â€ co-owner Molly Johnson told Patch. â€œThe musicians have been training at home for 14 months, so yes, a jazz renaissance is what we’re all working on in the New Roaring Twenties! “

Co-owner and founder Paul Stache and Johnson have been discussing adding two adjacent and vacant storefronts to the club for several years and are in the process of combining those spaces.

â€œWhen the need to provide more separation between guests at our famous cozy club became a requirement, we knew we would need additional space to reopen and remain viable,â€ Stache and Johnson wrote in Wednesday’s announcement. .

The Smoke Jazz & Supper Club, a mainstay since 1999, received a Shuttered Venue Operators grant from the Small Business Administration, which guaranteed the venue to reopen. In their announcement, Stache and Johnson expressed their sincere gratitude.

â€œWe are relieved and grateful and have so much to thank: the senators and representatives who drafted and passed the bill; the Small Business Administration (SBA) which handled the nominations and awards; the National Independent Venue Association (NIVA) which has guided and advocated for us; and, most importantly, all of those who have supported us with letters, phone calls and support over the past 16+ months. These funds will allow us to pay off some of our debt and offset the huge losses we have accumulated during the closure. “

Like many others, Smoke Jazz Club has gone through the unprecedented trials and tribulations of the pandemic.

It all started when the Smoke team announced last year on March 14 that on-site dining and take-out was still on offer, but all shows were canceled as of March 16. The company has kept one step ahead by installing disinfection dispensers at the entrance to the club. The Pre-Storm Show was a four-night run with Al Foster, Ron Carter and Kevin Hays Music.

â€œIt’s important to recognize our friends in New York City who are also finding ways to get through the pandemic,â€ Johnson said, referring to the city’s jazz venues. â€œWe are certainly very grateful to have this opportunity to rebuild and continue the plans that we started to implement four years ago.

A few days later, a regular by the name of Wayne S. Kabak, an Upper Westsider, wrote a letter to the community asking for donations. His words sing about the place carved in the mold of his house:

â€œSmoke has been our home away from home for over 20 years. It’s the kind of place people conjure up in their imaginations when they try to imagine the perfect place to experience this music. If ever the day comes when I walk past an empty storefront on Broadway that was Smoke’s home, all of our lives will have lost something irreplaceable. “

Smoke Jazz & Supper Club has remained active on their social media and took a break from the start of the protests for George Floyd to make a statement.

“In light of recent events and the events of some four centuries, Smoke Sessions Records agrees the show should be discontinued. Our label may not be big, but our commitment to racial justice is. . “

On October 7, the Smoke Jazz & Supper Club announced plans to try something new: outdoor seating inside greenhouse-shaped modules, with live jazz inside by the Windows.

On November 19, the Smoke Jazz & Supper Club closed its sidewalk restaurants and issued a statement. â€œThe fact that schools are closing due to the pandemic while bars and restaurants remain open is difficult to justify. We were personally (like many of you) safe for over 15 weeks earlier this year . We want to do everything in our power to prevent ourselves from having to return to this place as a city. “

Now that the venue is reopening, outdoor seating will remain an option, Johnson said.

The live performance and music industry suffered huge losses early on and throughout the pandemic. Trying to dodge the curves, Smoke Jazz Club created Smoke Screens, a streaming concert series produced live at the Smoke Jazz Club. The series offered world-class jazz artists to jazz enthusiasts around the world.

Smoke Jazz Club aired live for approximately 46 weekends during the year they were closed.

â€œThat means around 92 unique live shows!â€ Said Johnson. â€œWe’ve had people buying tickets from all over the world – from Singapore to Argentina, from the UK to Australia. Some of our most loyal watchers barely missed a show, staying awake to even watch. if the show could take place at 1 or 2 in the morning. their time zone. “

The team placed transparent screens, a delightful find, because what would the music be like if they weren’t? – between musicians at live streaming events, like the one below during a taste of the Christian Sands Trio.

Currently, both weekend sets are broadcast live at 8 p.m. in New York City and are available to purchase and stream for 48 hours after each performance for listening and viewing opportunities in any time zone. hourly.

Although live broadcast shows are an alternative and a complement, most know nothing – absolutely nothing – can replace live music.

Cory Weeds, a Vancouver-based saxophonist who posted a picture of his daughter taking the stage last April while performing at the Smoke Jazz Club, wrote to Patch Vancouver about the club’s reopening:

â€œSmoke Jazz Club was the first jazz club I visited when I first went to New York in 2002. I had been running my club in Vancouver for two years and wanted to see the ‘big time’. I knew this was where it was all “my” people playedâ€¦ Eric Alexander, Peter Bernstein, Mike LeDonne, Joe I Farnsworth, David Hazeltine, Steve Davis, Jim Rotondi and many more. Owner Paul Stache was so nice to me when I first met him and we became quick buddies.

I can only describe Smoke as at home. For me, there is something so heartwarming about the smell and the feeling of being in this place. Even as I write this, I am very excited to think of the many nights I have spent in audience AND on stage. Heading up Broadway to the club I start jogging as I get closer, so excited to be in that space.

When the pandemic hit, my first fear for NYC was how Smoke was going to survive it, but knowing Paul like me, I quickly realized that it would take more than a pandemic to keep Paul on the ground. Not only did he not stay on the ground, but he came back bigger and better. I’m so proud of him and the Smoke family and can’t wait to go back. “

The Smoke Jazz & Supper Club will continue to follow CDC recommendations and best practices to ensure the safety of staff, the public, musicians and the community at large.