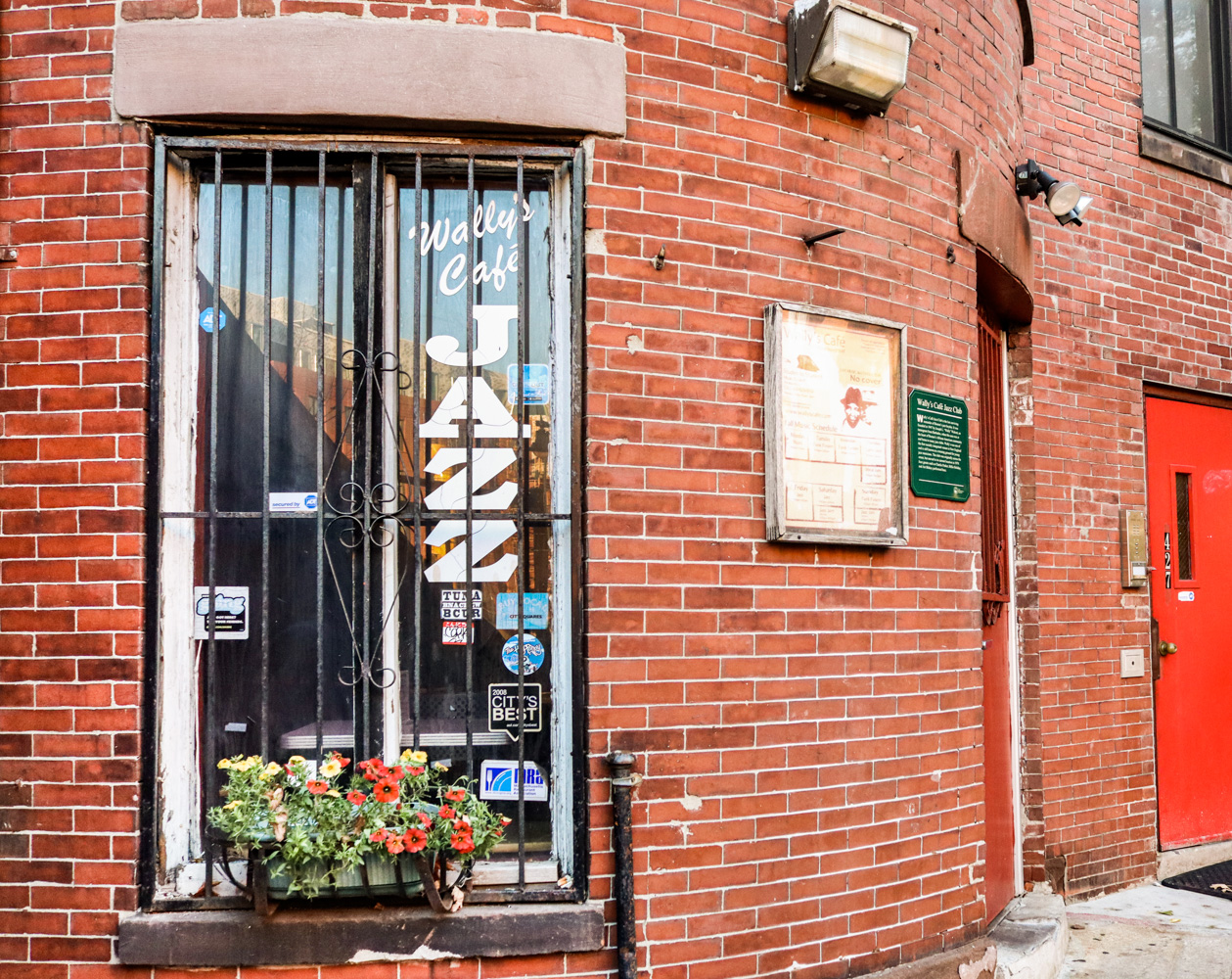 Wally’s Cafe Jazz Club, located along Massachusetts Avenue, has been a cultural and musical mecca for generations, welcoming musicians and audiences of all ages and backgrounds.

Founded in 1947 by Joseph Walcott and still family-owned, Wally’s reopened for the first time since the COVID-19 pandemic on September 8.

Before Wally closed, pianist Kevin Harris and his band, Sphere 427, played every Friday and Saturday night. He said Wally’s respects the tradition and creativity of African-American music while incorporating contemporary jazz sounds.

“The shutdown was an interruption of all of that on a tangible level…but at the same time, that spirit and persistence and creativity weren’t,” Harris said.

Gaby Cotter has been a Latin jazz singer at Wally’s since 2016. She said closing Wally’s was difficult for owners, musicians and community members.

“During the pandemic, they got the support from the community,” Cotter said, “They reopened the fully renovated place…it’s still like a very magical little place.”

Although the venue itself has undergone changes, manager Frank Poindexter said Wally’s is back to what it was before – three bands every night, seven days a week.

“We are dedicated to my grandfather’s legacy,” Poindexter said. “We are also committed to providing a forum for musicians to perform and perfect their craft.”

Bonnie Johnson, producer and host of the 90.5 WICN Colors of Jazz radio show, said the venue is unique because it creates intimacy around the live music experience.

Noah Preminger, a professional saxophonist and member of Sphere 427, said students come to Wally’s to learn from older professional performers, not just musically, but by hanging out and talking to each other.

“It’s the only jazz music venue where people actually hang out in Boston,” he said.

Johnson said the legacy of jazz music is important because it is an African-American art form that lives on through generations and creates a musical foundation for creativity and improvisation.

“Wally’s is like an incubator, so the fact that young musicians can come and play and then be heard by their peers is an inspiration to me for what the future holds for jazz,” he said. she stated.

Preminger said the growing popularity of streaming platforms is taking income away from musicians, especially musicians who play less traditional styles of music like jazz.

Following its reopening, Poindexter said Wally’s is incorporating its own live stream that will allow more people to experience jazz without worrying about the possibility of contracting COVID-19.

“Wally’s is an incredible resource for the jazz community and beyond…it’s both a training ground for young musicians…and it’s kind of a throwback,” said JazzBoston President Ken Field.

Non-profit organizations like JazzBoston champion the jazz community in Boston, highlighting the African-American heritage of jazz and the importance of cross-cultural collaboration in music.

Field said the improvisatory nature of jazz creates a shared experience that connects people through interpersonal situations as they create new music and sounds together.

He said jazz also allows musicians to “collaborate across cultures” because jazz taps into other influences like Latin American music.

“The Latinx community and people who want to do jazz, Latin jazz, or African jazz…are so open to giving you a space to play,” Cotter said. “Places like Wally’s are so important in the community because they allow you to do all of this together and also develop your musical sense.”

“There’s a perception that jazz has an older audience and I don’t agree,” she said. “I think it’s an urban legend… Young people come because they eat new music.”

Johnson added that places like Wally’s also elevate women’s voices in jazz and the cultural spirit and legacy of jazz music.

Cotter said she went to Wally’s as a student and found the club a great place to experiment.

“No matter how tough your week has been or how much homework you have to do… [after going to Wally’s] you feel alive again,” she said.