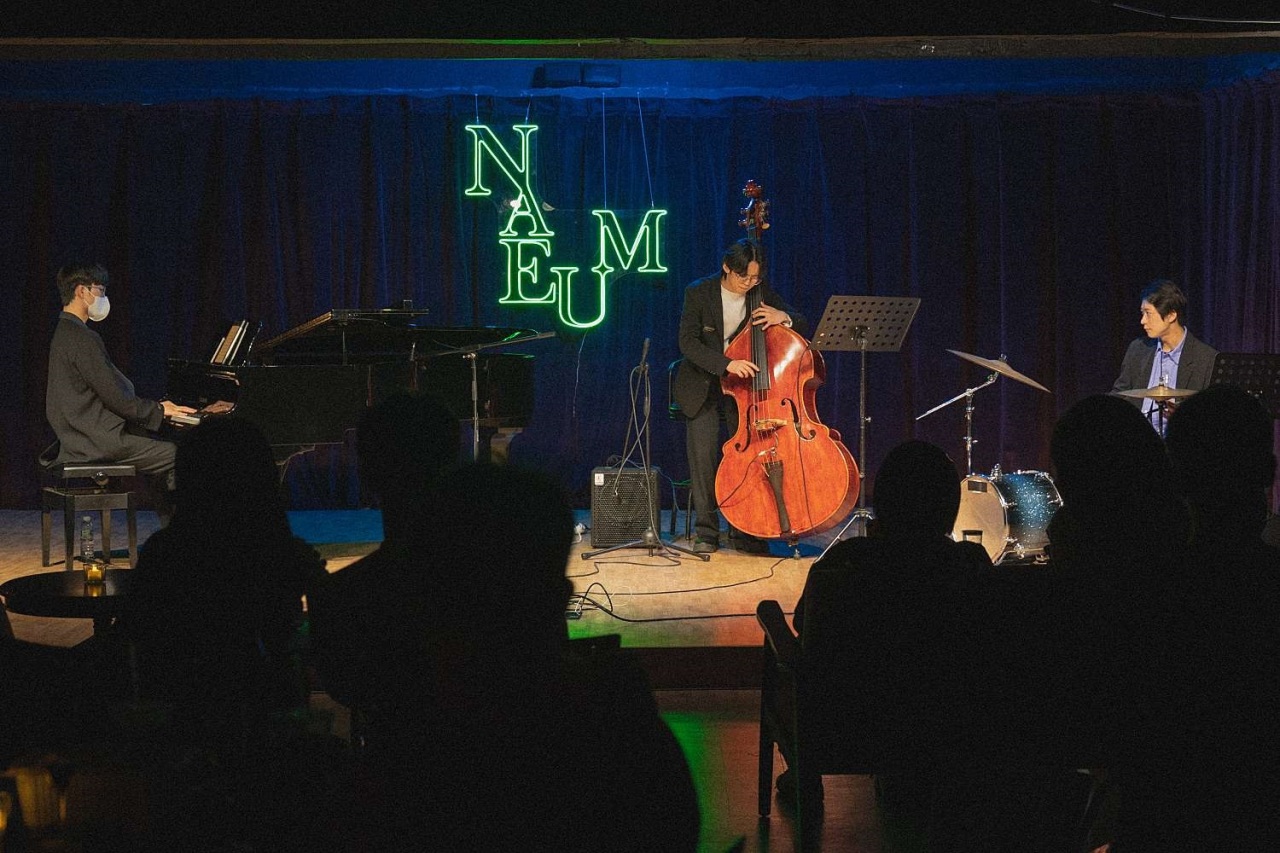 If high-end jazz clubs with expensive finger foods are beyond your budget, “Take-out Jazz” might be the place for you, where you can bring your own food and drinks and catch live jazz performances. direct.

The basement club has a cozy vibe, with candles glowing warmly on each table and comfy sofas and chairs.

Those wishing to have food delivered can have it sent to Naeum Art Hall, to arrive at least 10 minutes before the performance.

Glasses and other tableware are available at around 1,500 won per set.

Avoid bringing too much food or drink to the venue, as you must leave when the two-hour program is over.

Tickets cost 13,000 won per person and reservations are required through the Naver web portal.

An installation view of ‘Gustav Klimt, Gold in Motion’ at the Theater of Lights located at the Walkerhill Hotel & Resorts in Seoul (Tmonet)

The summer heat has arrived early, and Walkerhill Hotel & Resorts offers a cool escape from the relentless heat where you can immerse yourself in digital artwork and classical music. The 3,400 square meter room is covered from floor to ceiling with works by Austrian painter Gustav Klimt (1862-1918) and Yves Klein (1928-1962), a French artist known for his blue monochrome paintings.

The digital art exhibition – led by digital artist and art director Gianfranco Iannuzzi – is presented in the 21 meter high exhibition hall, accompanied by music by Richard Wagner, Johann Strauss II, Ludwig van Beethoven, Frederic Chopin and Gustav Mahler. Three Klimt masterpieces – “The Kiss”, “Judith” and “The Three of Life” – have been digitally recreated for the exhibition.

The new immersive “Théâtre des Lumières” exhibition space, located inside the hotel, was inaugurated in May as the second immersive art center operated by Korean IT company Tmonet, after the “Bunker des Lights” on Jeju Island which opened in 2018.

Visitors can expect to spend an hour or two at the show as the main exhibit “Gustav Klimt, Gold in Motion” lasts 40 minutes while “Yves Klein, Infinite Blue” is a 10-minute show. Two contemporary shows “Verse” and “Memories” last 14 minutes and 4 minutes respectively, in separate spaces.

After the exhibition, go to “Lounge de Coloris”, a cafe next to the exhibition center, which overlooks the Han River for a moment of relaxation.

Jeon for a rainy weekend

On a rainy day, jeon is the only food that most Koreans like.

Jeon refers to pan-fried dishes that are usually shaped like a pancake. There are many theories as to why Koreans think of jeon on a rainy day, but the most common is that the sound of jeon sizzling in a pan covered in oil is similar to the sound of rain.

Kanggane Maetdol Bindaetteok in Hannam-dong, Seoul sells various kinds of delicious jeon and makgeolli, a Korean rice wine made according to centuries-old tradition.

The store’s walls are filled with doodles from visitors as well as autographs from stars who have eaten there, including Jimin of global band BTS.

The nokdu bindaetteok here is special because the restaurant grinds the mung beans in the traditional way with a manual maetdol grinder. This pancake, also recommended for vegans, also contains cabbage and mung bean sprouts.

Jeon with fresh jumbo prawns and fluffy potato jeon are definitely worth the price.

There are also spicy dishes that can be enjoyed with oily pan-fried jeon such as eoriguljeot (salted oyster) and golbaengi muchim (spicy sea snails with noodles).

Among alcoholic beverages, hangari makgeolli, which is a sweet Korean rice wine served in a brown clay pot, is an excellent choice.

After enjoying jeon with makgeolli, it’s always a good idea to end the meal with a bowl of anchovy noodle soup.

Be aware that there can be a long wait for a seat, especially at dinner time on a rainy day.