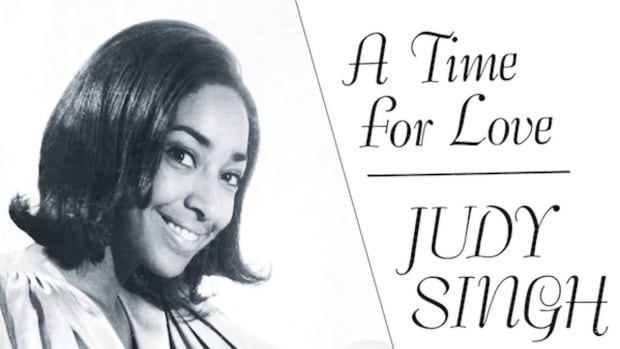 When Poushali Mitra stumbled upon Judi Singh’s work during a random search on YouTube last year, she quickly discovered that the Edmonton jazz singer was a one-of-a-kind artist.

From the 1950s to the 1970s, Singh was a popular black and South Asian jazz musician from Edmonton who developed in western Canada, but today many are unaware of her work.

Mitra was so drawn to Singh’s music that she wanted to learn more about the singer’s legacy.

â€œAnd why is there nothing to commemorate such a beautiful, important and unique piece of history? “

An article Mitra wrote on Singh was published by the Edmonton Heritage Council. It covers the Edmonton singer’s journey as a jazz singer, during which she worked with musician-turned-Senator Tommy Banks and supported 1970s soul singer Minnie Riperton.

Singh has appeared on television networks, including the CBC. She was one of the most well-known faces in the Yardbird sequel and even wrote a jingle for a CHED morning radio show that played for years.

But the singer’s music wasn’t the only thing that piqued Mitra’s interest.

Mitra has been fascinated by the South Asian history of the Edmonton area since arriving in Canada from India in 2011. She had started researching and writing about Sohan Singh Bhullar, one of the first Sikh settlers. from Alberta in the early 1900s. A park in Edmonton’s Mill Woods neighborhood is named after Bhullar.

He was the father of Judi Singh.

Meanwhile, Singh’s mother, Effie Jones, was among the black pioneer families who settled in Athabasca, Alta. Around the same time. Jones and Bhullar were married in 1926 in Edmonton and had seven children.

Singh’s story is just the tip of the iceberg when it comes to early Black and South Asian history in Alberta and Mitra says that more stories from this period – where Non-white and non-European communities have settled on the Prairies – must be recounted, she mentioned.

â€œIt’s a fascinating story that Alberta lived in the 1920s, when marginalized communities came together and had such a harmonious marriage, such a coexistence between South Asian and black communities,â€ Mitra said.

Jazz singer Judi Singh performed at the Lenny Breau Show on CBC in 1966. 2:59

Michael Hawley, a professor of religious studies at Mount Royal University with expertise in Sikhism and Sikh settlement in Alberta, worked with Mitra on her research, even linking her to Singh’s daughter, Emily Hughes.

While acknowledging that he is far from an expert on Singh, Hawley said he can see that his importance is not just his skills as an artist, but also what his story teaches about it. Alberta history.

â€œJudi Singh is just one great example of how we can start to tell and add to what we know about Alberta,â€ said Hawley.

“These are all black stories and South Asian stories. And the two stories, these two groups, overlap and intersect.”

Hughes noted how much the other musicians respected his mother. Singh was flown to New York to record one of his songs, she was encouraged and motivated by Banks to work with him on albums with a full orchestra, and she was good at scatting, a difficult improvisation technique. in jazz.

Singh was a musician of musician, said Hughes. But while she never had huge success, she developed a cult following and had a solid reputation as one of the best female singers in Western Canada at the time.

â€œShe’s overcome a lot of challenges. I mean, to be a woman, then to be a woman of color, to be a single mom, to be drawn to an art form that isn’t traditional,â€ Hughes said.

Today, Singh lives a private life in Victoria, British Columbia. Having become a fan of Singh’s work since finding it on YouTube, Mitra hopes the Edmonton musician’s work will be better remembered.

â€œShe has had a successful career as a musician,â€ Mitra said.

Judi Singh was a successful Edmonton jazz singer throughout the mid-20th century, but her work is not well remembered. Local researcher Poushali Mitra has been working for a year to learn more about Singh’s legacy and in the future, she will tell us about her work. 9:48

Chick Corea, the great jazzman dies of a “rare form of cancer”